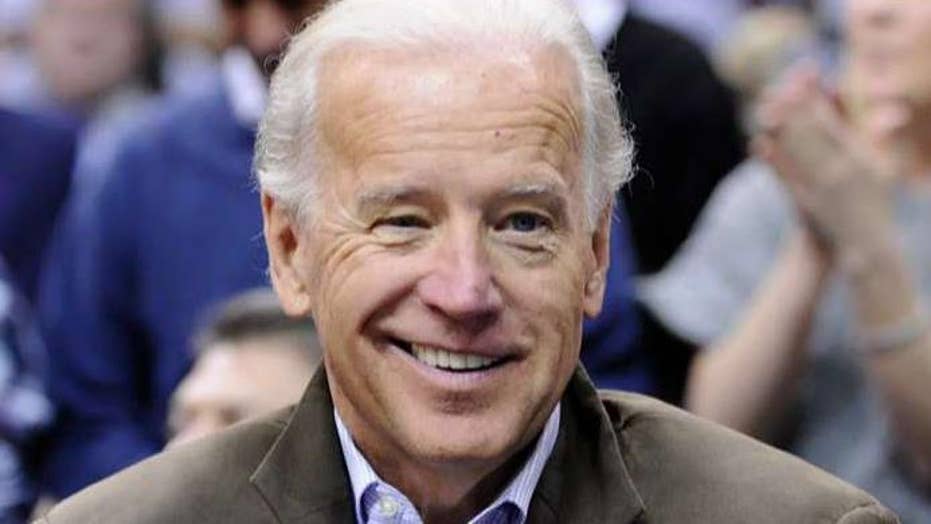 President Trump’s allies are leaning into the controversy over a phone call between Trump and Ukrainian President Volodymyr Zelensky, gambling that the increased attention to the story could actually hurt the president’s potential 2020 rival Joe Biden.

For days, Democrats have seized on allegations that Trump in July pressured Zelensky to investigate Biden family dealings – using military aid as leverage – and cited the reports to revive calls for the president's impeachment.

But the firestorm, apparently related to a still-secret whistleblower complaint, has, in turn, opened the door for Republicans to revisit the original controversy involving Joe Biden's son Hunter. Further, they allege, the details of that story suggest Biden did the same thing Trump is accused of doing -- leveraging military aid to pressure Ukraine.

Giuliani has long been looking into the Bidens’ ties to Ukraine, claiming Hunter Biden improperly benefited from business dealings in Ukraine with energy company Burisma Holdings as a member of its board and questioning whether his dad helped protect him. 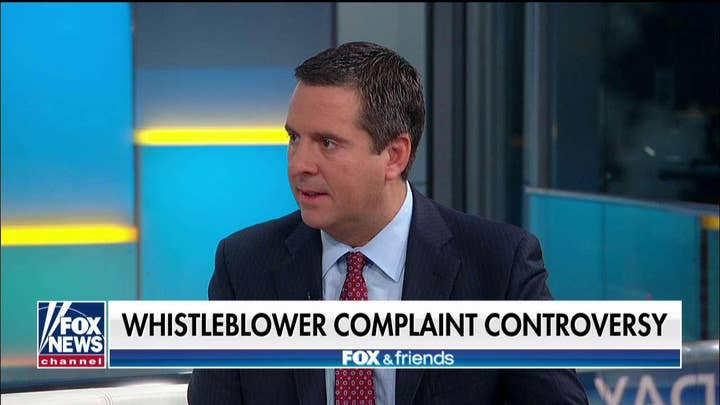 Hunter Biden was hired by Burisma in April 2014, two months after Ukraine's Russia-friendly president was ousted by protesters and as his father was heavily involved in U.S. efforts to support the new pro-Western government and its pledge to fight corruption. The hiring of the younger Biden immediately raised concerns that the Ukrainian firm, whose owner was a political ally of the ousted president, was seeking to gain influence with the Obama administration.

Two years later, then-Vice President Joe Biden threatened to withhold $1 billion in loan guarantees from Ukraine unless a top prosecutor, Viktor Shokin, was fired. Shokin was accused by many in Ukraine and in the West of being soft on corruption, but he also had been leading an investigation into Burisma's owner.

Trump has claimed Shokin "was after" Hunter Biden and the vice president was trying to protect his son.

Fox News reported on the Biden controversy in April. The New York Times published a lengthy story on the matter in May. But the controversy flew largely under the radar until now. While the heat is on Trump over whether or not he pressured Ukraine to investigate the Bidens, that firestorm has prompted multiple news outlets to revisit the original Biden controversy in order to provide context.

Trump allies are hammering that as the real scandal, as video of Biden once bragging about his role in having Shokin fired has gone viral.

Biden has denied wrongdoing, with Shokin having already been suspected of corruption before his dismissal, and hammered Trump over the reports on his phone conversation with Kiev. For his part, Trump addressed his phone call with Zelensky by calling the conversation “perfect” and insisting “there was no quid pro quo” and that he “said absolutely nothing wrong.” Trump also insists that the idea of withholding military aid from Ukraine is bogus because he gave the aid.

Trump also tweeted Sunday night, stating that the Ukrainian government backed him up by saying he did not pressure them during the phone call. In the same tweet, he said the “real story” was Biden pressuring Ukraine into firing Shokin.

Giuliani accused Kiev on Monday of laundering $3 million to Hunter Biden and suggested the Obama administration turned a blind eye.

"If Dem party doesn’t call for an investigation of Bidens’ millions from Ukraine and billions from China, they will own it,” he tweeted. "Bidens’ made big money selling public office. How could Obama have allowed this to happen? Will Dems continue to condone and enable this kind pay-for-play?"

While the former vice president has claimed he and his son never discussed Hunter’s business, Hunter told The New Yorker that they did talk about it once, with Joe Biden telling his son, "I hope you know what you are doing."

Democrats and Republicans are both pushing for investigations. Rep. Adam Schiff, D-Calif., who has shied away from calling for impeachment in the past, told CNN on Sunday that the latest allegations against Trump may warrant such a measure.

“If the president is essentially withholding military aid at the same time that he is trying to browbeat a foreign leader into doing something illicit … then that may be the only remedy that is coequal to the evil that that conduct represents,” Schiff said.

Democratic House Speaker Nancy Pelosi, who has resisted calls for impeachment for other alleged Trump transgressions, said Sunday that unless acting Director of National Intelligence Joseph Maguire provides information about the whistleblower complaint involving Trump to Congress, administration officials "will be entering a grave new chapter of lawlessness, which will take us into a whole new stage of investigation."

“Nobody’s looked at this, but somebody should, so I’m hoping the Department of Justice will look at the Biden-Ukraine connection like we looked at the Trump-Russia connection,” Graham said. “Was there a relationship between the vice president’s family and the Ukraine business world that was inappropriate? I don’t know. Somebody other than me needs to look at it, and I sure as hell don’t trust the media to get to the bottom of it.”

All this comes as Democrats continue to battle for the 2020 presidential nomination. After three debates, Biden remains the front-runner, but he has lost ground to rivals Sens. Elizabeth Warren, D-Mass., and Bernie Sanders, I-Vt., with Warren surpassing Biden in a new Iowa poll.