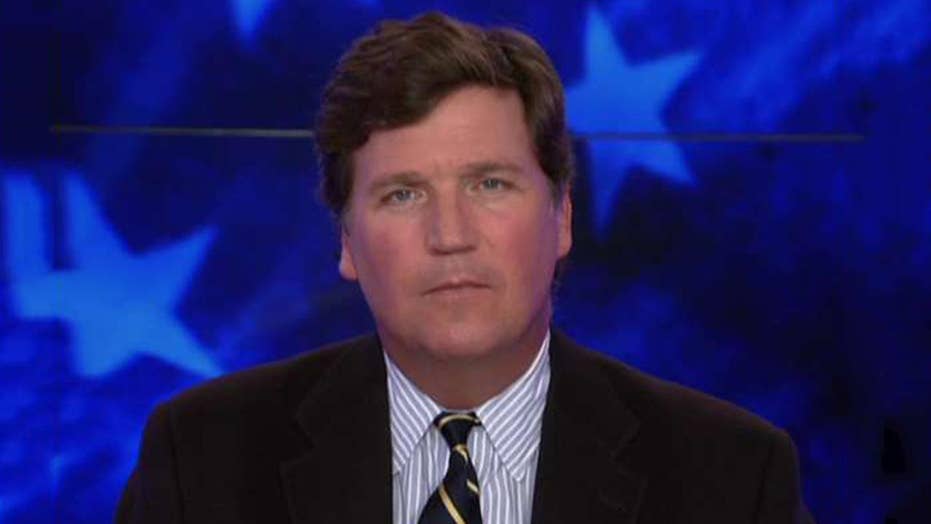 Tucker: The Democratic Party is in chaos

Who's winning the Democratic presidential primary race? So far, no one.

The Democratic primary race has been underway for nearly a year now, and finally, we are closing in on the first votes. Believe it or not, the Iowa caucuses begin in three weeks. Who's winning? So far nobody is winning, although many candidates have already lost.

The latest departure from the race is Sen. Cory Booker of New Jersey, who just dropped out. Like Julian Castro and Beto O'Rourke, Booker spent most of 2019 searching for a campaign theme, something to run on. In the end, he decided to become the "wokest" candidate in the "wokest" presidential field in history.

Sen. Cory Booker, D-N.J.: On day one, I will make sure that, number one, we end the ICE policies and the Customs and Border policies that are violating human rights.

You can't be blind to the impact of generations of racism and white supremacy that were written into our laws over centuries.

We as a nation have not yet truly acknowledged and grappled with racism and white supremacy that has tainted this country's founding and continues to persist in those deep racial disparities and inequalities today.

When the planet has been in peril in the past, who came forward to save Earth from the scourge of Nazi and totalitarian regimes? We came forward.

But in the end, it didn't work for Cory Booker. He is gone now, leaving us with one fewer Yale graduate in the race. As explained over on MSNBC, this is a kind of moral tragedy and that it leaves America bereft of essential diversity.

Yamiche Alcindor, PBS Newshour White House correspondent: Now that Cory Booker is out, you really have one African-American contender left, that's Deval Patrick. And then you have Andrew Yang, both of which have not qualified for the next debate.

So the next debate, at this point, it's going to be an overwhelmingly white debate, an all-white debate. And there are a lot of Democratic voters that are wondering if the Democrats are going to continue to rely on African-American voters -- and specifically African-American women --  for their loyalty, how're they going to continue to make that case while not having a field that looks like the voters they're are trying to get.

"An all-white debate." MSNBC can't imagine anything more offensive than that.

So how did it happen, this atrocity? Well, it happened because, despite claims to the contrary, the Democratic Party is racist, they're telling you. It turns out black and Hispanic voters aren't voting for enough black and Hispanic candidates. They're bigots. That's MSNBC's position.

Democratic primary voters face a choice between a punch drunk mediocrity, a wild-eyed political extremist and a former McKinsey consultant who lectures them like a constipated Sunday school teacher. That's not good.

Meanwhile, in the rest of the media, this week's storyline -- and there's always a storyline -- is that Bernie Sanders is surging and in fact, in this case, there's some truth in it. There's some evidence that he is.

The most recent Des Moines Register poll, for example, shows Bernie Sanders with a three-point lead in the state of Iowa. Elizabeth Warren, Sanders main rival on the left, meanwhile, appears to be fading. Her fundraising has tanked. She's now in fourth place.

And yet the race is far from over. Joe Biden may seem to you weak and confused and for good reason. But if you look at the numbers, he hasn't trailed in the national poll in two months.

In the state of Iowa, the latest poll from Monmouth has Biden up. A CBS poll just after the New Year showed a three-way race between Biden, Sanders and former Mayor Pete Buttigieg, a tie in effect. In New Hampshire, polls have Bernie Sanders and Buttigieg battling for the lead.

So what does that add up to? Well, the short answer is it adds up to chaos in the Democratic Party. With just weeks to go before the actual votes begin, Democratic primary voters face a choice between a punch drunk mediocrity, a wild-eyed political extremist and a former McKinsey consultant who lectures them like a constipated Sunday school teacher. That's not good.

Some of the party is starting to panic actually looking over the landscape. A weekend report from Politico describes how many House Democrats are frantically rallying behind Joe Biden as a kind of default choice. They fear that nominating Sanders or Warren would cost them reelection.

When Democrats panic, only one thing is certain to happen: Somebody is about to be called a racist. In this case, that somebody is fellow Democrats, they are doing it to each other.

Case in point, in an op-ed published on Sunday, Bernie Sanders's South Carolina campaign chair copied Kamala Harris and savaged Joe Biden as a bigot. Why? Because apparently he once opposed forced school busing.

Now that puts him in the same category as virtually everybody in the country, of all races. Everybody hated school busing, no matter who they were. Biden, though, apparently was a Klansman for joining them in hating it.

Meanwhile, candidates who aren't being called racist are being denounced as sexist. Elizabeth Warren is now claiming today that in late 2018, at some point, Bernie Sanders told her personally that a woman wasn't capable of being elected president.

Now did he actually say that? Or is Warren lying -- and not for the first time? Who knows? It's impossible to know. It's impossible to prove. But of course, in today's Democratic Party, that is hardly a barrier to saying it. In fact, it's the standard operating procedure, as you've noticed.

As Democrats attack each other as immoral, the party discipline, meanwhile, appears to be disintegrating. And that's really a sign that things are falling apart.

Case in point, freshman congresswoman Alexandria Ocasio-Cortez of New York is refusing to pay what are, in effect, her dues to the Democratic Congressional Campaign Committee. She accuses them of being insufficiently woke.

So instead she struck out on her own. She is fundraising for even more left-wing candidates. On Friday, she blasted her own party. America's leftwing party, which is more leftwing than it's ever been, is not leftwing enough for Ocasio-Cortez.

Oh, a double standard. Ladies and gentlemen, it sounds like sexism -- maybe racism, too.

Bernie Sanders, being older, is trying a different approach, a more substantial approach if we're being honest. Last week, Bernie Sanders did something unusual in this season. He attacked his rival, Joe Biden, on policy.

Sen. Bernie Sanders, I-Vt.: Joe Biden voted and helped lead the effort for the war in Iraq. Now, Joe Biden has been on the floor of the Senate, talking about the need to cut Social Security or Medicare or Medicaid. Joe Biden voted for the disastrous trade agreements like NAFTA and permanent normal trade relations with China, which cost us millions of jobs.

So it was an interesting moment. Unlike almost all of what you hear these people yell at each other and at you -- "racism!" "sexism!" -- those are legitimate criticisms, no matter what side you're on. 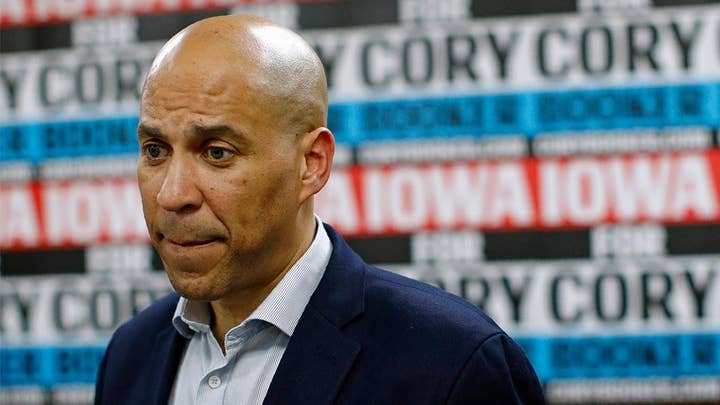 So how did Joe Biden respond to this critique of his record? Well, he didn't bother to respond.

Reporter: Do you have any questions about Bernie Sander's judgment on foreign policies?

Joe Biden, former vice president of the United States: You're not going to get me in a fight with Bernie... Bernie has already got enough baggage.

Yes -- squint, chuckle -- dismiss it. It is immaterial. "Bernie has got his own problems."

In fact, Joe Biden has it exactly backward. Baggage? Sanders, in fact, has the least baggage of any Democrat in this race, believe it or not.

He is the least beholden to his own party. He's made it clear for years that he wants to overturn the entire American system.

Now, that's appalling. It's without precedent. But keep in mind, this is a country where a lot of people are suddenly fed up with the system.

And because of that, Sanders's position gives him power. In fact, at this point, he is the most credible change candidate in the Democratic Party. And in 2020, that could make him the most formidable challenger.