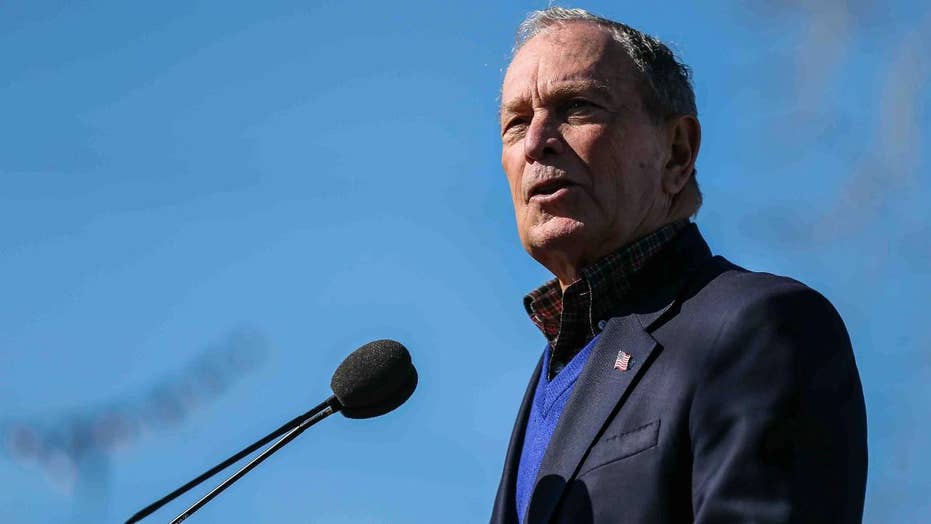 Democratic presidential hopeful Michael Bloomberg may be a latecomer to the 2020 Democratic primary race, but he is looking to catch up quickly with a coast-to-coast hiring spree. His campaign's staff has now grown to more than 1,000 people, aides confirm to Fox News.

The former New York City mayor's operation now includes 300 staffers in its Manhattan headquarters, as well as more than 700 others on the ground, giving Bloomberg a presence in 33 states.

"Mike said from the beginning that he is going to build the biggest national organization to take on Donald Trump and win — and that's exactly what we're doing," a campaign source said.

Bloomberg is skipping over the early primary and caucus states of Iowa, New Hampshire, Nevada and South Carolina due to his late entry into the race, focusing on the delegate-rich states that hold contests on Super Tuesday and beyond.

To that end, his campaign has already spent over $200 million on ads, according to the ad-tracking firm Advertising Analytics. His ad strategy includes a 60-second Super Bowl commercial. In 2019, a 30-second ad slot cost a record $5.25 million.

So far, the strategy appears to be paying off as Bloomberg is rising gradually in the polls. He now stands at 6 percent support in the latest RealClearPolitics average of the most recent national polls, up from 4 percent a month ago. This puts him in fifth place, just behind the top tier of Democratic nomination candidates, without even appearing on a debate stage.

The big spending does not appear to be slowing down any time soon. Bloomberg has already announced that he would be willing to spend $1 billion on his campaign, even if he does not win his party's nomination.