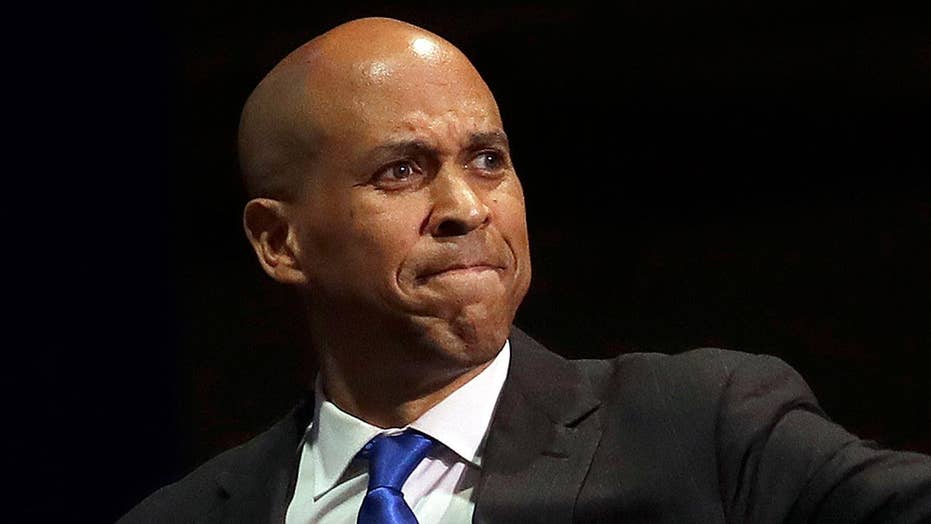 New Jersey Sen. Cory Booker on Monday suspended his campaign for the Democratic presidential nomination after struggling since the start to break into the top tier and failing to make the cut for the upcoming debate.

“It’s with a full heart that I share this news -- I’ve made the decision to suspend my campaign for president,” Booker said in an email to supporters.

TRUMP HITS BACK AT ‘MINI MIKE BLOOMBERG,’ ACCUSES HIM OF ‘FALSE ADVERTISING’

Booker entered the race last February but struggled to gain traction in the polls. It wasn’t long ago that Booker, the energetic former mayor of Newark, N.J., was considered a rising star in the Democratic Party, but he was outshined throughout the primary and never enjoyed a break-out moment like others.

In his note to supporters, the Democrat acknowledged he didn’t see a path to victory.

“It was a difficult decision to make, but I got in this race to win, and I’ve always said I wouldn’t continue if there was no longer a path to victory,” Booker said.

His exit from the race comes just a day before the Democratic field meets for another debate in Iowa. While having participated in early debates, Booker had failed to meet the qualifications to participate in Tuesday’s event. It also comes less than a month before Iowa kicks off the nominating season with the caucuses on Feb. 3.

In a tweet, Booker said: “To my team, supporters, and everyone who gave me a shot—thank you. I am so proud of what we built, and I feel nothing but faith in what we can accomplish together.”

Booker is the latest candidate of color to exit the race, following the departure of California Sen. Kamala Harris, who is also black, and former Obama administration official Julian Castro, who was the only Latino in the field. The top tier candidates are all white: former Vice President Joe Biden, Vermont Sen. Bernie Sanders, former South Bend, Ind. Mayor Pete Buttigieg and Massachusetts Sen. Elizabeth Warren.

The last African-American candidate in the race is former Massachusetts Gov. Deval Patrick, but he has not qualified for the debate.

As he often does when a Democratic candidate exits the 2020 contest, President Trump reacted to the news by mocking Booker's candidacy.

"Really Big Breaking News (Kidding): Booker, who was in zero polling territory, just dropped out of the Democrat Presidential Primary Race. Now I can rest easy tonight. I was sooo concerned that I would someday have to go head to head with him!" he tweeted.

It's a humbling finish for someone who was once lauded by Oprah Winfrey as the "rock star mayor" who helped lead the renewal of Newark. During his seven years in City Hall, Booker was known for his headline-grabbing feats of local do-goodery, including running into a burning building to save a woman, and his early fluency with social media, which brought him 1.4 million followers on Twitter when the platform was little used in politics. His rhetorical skills and Ivy League background often brought comparisons to former President Barack Obama, and he'd been discussed as a potential presidential contender since his arrival in the Senate in 2013.

But Booker struggled to land on a message that would resonate with voters. He's long been seen as a progressive Democrat in the Senate, pushing for criminal justice reform and marijuana legalization. And on the campaign trail, he proposed establishing a $1,000 savings account for every child born in the U.S. to help close the racial wealth gap.

He was among the first candidates to release a gun control plan, and at the time it was the most ambitious in the field, as it included a gun licensing program that would have been seen as political suicide just a decade before. He also released an early criminal justice reform plan that focused heavily on addressing sentencing disparities for drug crimes.

But he also sought to frame himself as an uplifting, unifying figure who emphasized his bipartisan work record. That didn't land in a Democratic primary that has often rewarded candidates who promised voters they were tough-minded fighters who could take on Trump.