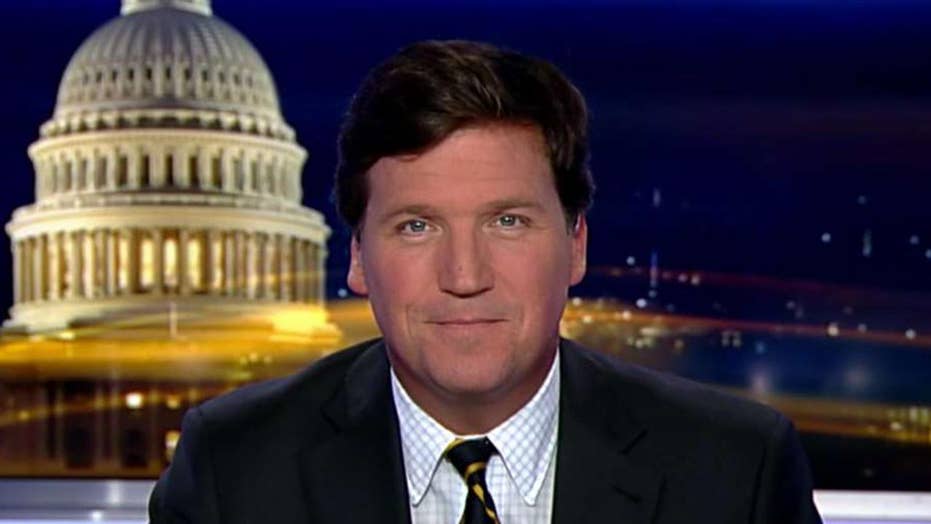 Tucker: After destroying NYC, De Blasio would like to do the same with America

If a man runs for president, but nobody supports him, is it really a presidential campaign? That's a philosophical question, obviously. But it's also suddenly a very practical concern for Bill de Blasio, the mayor of New York.

De Blasio announced Thursday that after years of destroying the nation's largest city, he'd very much like to do the same thing to America. In his announcement video, he said the following:

"There's plenty of money in this world. There's plenty of money in this country. It's just in the wrong hands. I'm a New Yorker. I've known Trump is a bully for a long time. This is not news to me or anyone else here, and I know how to take them on. Donald Trump must be stopped. I've beaten him before, and I will do it again ... I'm Bill de Blasio and I'm running for president because it's time we put working people first."

Well, spoiler alert: Bill de Blasio is never going to be the president of the United States. He is dumb. He is unpopular. He is almost comically incompetent. He is exactly the kind of person who should not be smoking a lot of marijuana, but apparently is anyway. That's Bill de Blasio.

The good news is, he is also kind of entertaining, if you don't have to live in his city. So, while we still can, sit back and enjoy the buffoonery. There's a lot of it. It began Thursday with de Blasio's announcement video in which he pledged to fight for working people while being driven by a chauffeur around the streets of New York.

Even CNN, which has been happy to promote transparent phoneys like Kirsten Gillibrand and Pete Buttigieg, was not impressed.

"There's a palpable lack of excitement in the streets of New York. Three quarters of New Yorkers don't want him to run," said John Avlon, CNN senior political analyst. "One of the big problems of Bill de Blasio is he is not showing up to work. He comes in late. He doesn't come in at all. He seems utterly disinterested in the job of running America's largest big city. Again, this is somebody who has been underwater often in the polls in a city that's 6 to 1 Democrat."

So if you're Bill de Blasio, this has got to hurt. It stings. CNN was supposed to be a critical ally in this race. Unfortunately, CNN is based in New York City, and that means its employees know exactly how incompetent their mayor is. They have to wade through piles of garbage to get to work every morning.

MSNBC is headquartered in New York City, too. And you can tell from the way they covered de Blasio's announcement. One New Yorker they interviewed said de Blasio should have announced he was running on April 1, so that people would think it was an April Fool's Day joke. Ouch.

At this point, if you personally are excited for a Bill de Blasio presidency, please let his campaign know. You're likely qualified for a paid staff position. The whole effort is so obviously doomed, everyone knows it, including, you'd think, Mrs. de Blasio.

So why is de Blasio running for president? Well, the same reason he ran for mayor of New York -- narcissism. Bill de Blasio represents the worst strain of American liberalism -- smug, arrogant, utterly hypocritical and lacking in self-awareness. This is the man who announced his own Green Deal, but then took a helicopter to the gym. This is a guy who sends cops into the subway to shoot homeless people out of the way before he rides it, but then lets the city drown in trash. He demands you stop eating hot dogs because they're bad, but then promotes smoking weed. 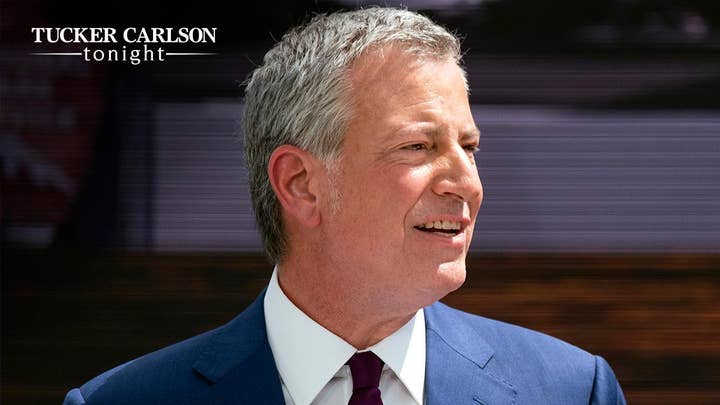 Bill de Blasio is the only person in New York who has no idea what an idiot Bill de Blasio is. He is totally mediocre, but completely self-confident. It's an amazing combination. Less rare than you'd think, unfortunately.

Bill de Blasio is not going to be president, but he will be on television for a while. Our advice: Try to stay amused.