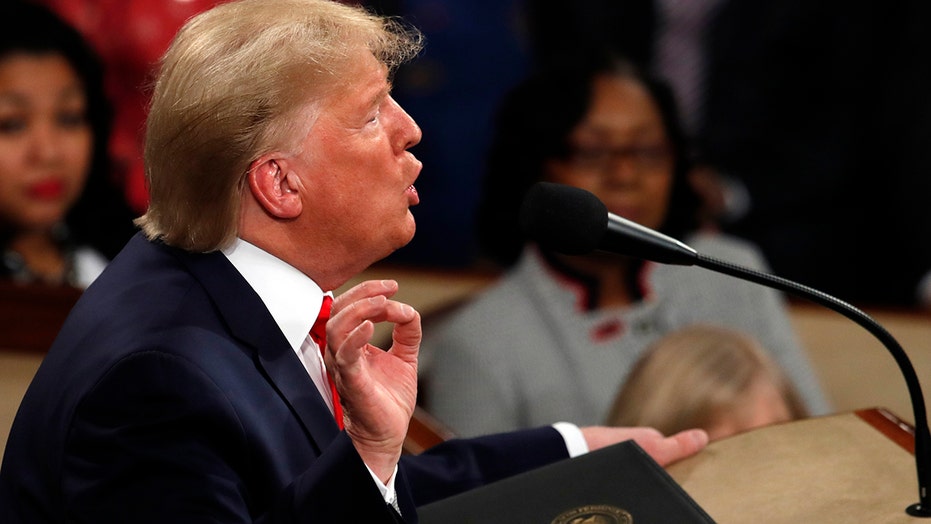 If you watched the State of the Union address Tuesday night, then there's no denying President Donald Trump is delivering a broad spectrum of victories for the American people.

On the jobs front, the Trump administration has created almost 7 million to date -- including 500,000 manufacturing jobs -- ushering in a blue-collar boom where wages are growing faster for workers than managers, shrinking the income inequality gap.

CAL THOMAS: TRUMP'S GOT THE WIND AT HIS BACK AND DEMOCRATS ARE IN DISARRAY

The latest blowout jobs report reflects a golden age of prosperity. "Private employers added 291,000 jobs in January, soaring past economists' expectations for the best monthly gain in more than five years, according to the latest ADP National Employment Report," reports Fox Business. "The total far exceeded the 156,000 jobs that economists surveyed by Refinitiv were expecting."

Contrary to what Elizabeth Warren supporters may believe, we don't need a female president to deliver wins for women. What our country needs is simply a competent president with decades of business experience

Result? Millions of Americans have been lifted out of poverty under the Trump administration and are now on track to achieve the American dream. This includes women who, for the first time since the Great Recession, now outnumber men in the workforce. In December 2019, Labor Department data showed that women occupy 76.2 million jobs and comprise 50.04% of the workforce.

So contrary to what Elizabeth Warren supporters may believe, we don't need a female president to deliver wins for women. What our country needs is simply a competent president with decades of business experience -- like Donald Trump -- who knows how to grow the economy.

What young millennials, particularly those on the left, should understand is that achieving prosperity for America isn't about identity politics or gender. It's about sound leadership.

Under the current administration, median household income is the highest in decades, while the Dow Jones Industrial Average, Nasdaq and S&P 500 continue to notch record highs. Both Main Street and Wall Street are winning in the Trump economy.

Those things aren't good luck or accidental. They're the results of capitalism and a Republican president who passed the 2017 Tax Cuts and Jobs Act and removed job-killing regulations that were stifling the business sector under the prior administration.

With China, unlike previous administrations, on both sides of the aisle, that embraced the status quo, Trump hasn't been afraid to take on Beijing to secure a better deal for America.

But that's not all.

Under Trump's leadership, he's rebuilt the once depleted U.S. military and succeeded in getting our NATO allies to pay their fair share in defense spending, strengthening the alliance and saving the United States billions. "NATO Secretary-General Jens Stoltenberg in late November said that defense spending across European allies and Canada increased in real terms by 4.6% in 2019," reported the Business Insider. "This is unprecedented progress and it is making NATO stronger," Stoltenberg said.

Another feather in Trump's cap.

On the foreign policy front, the current administration shattered ISIS and its deadly caliphate while eliminating dangerous terrorists threatening our nation, troops and allies.

With immigration, Trump is securing the porous southern border, building the wall and fixing the broken immigration system. The current administration is also combatting the opioid crisis, human trafficking and other issues affecting our nation.

With Trump at the helm, America is on the right course, and, yes, we're winning again.