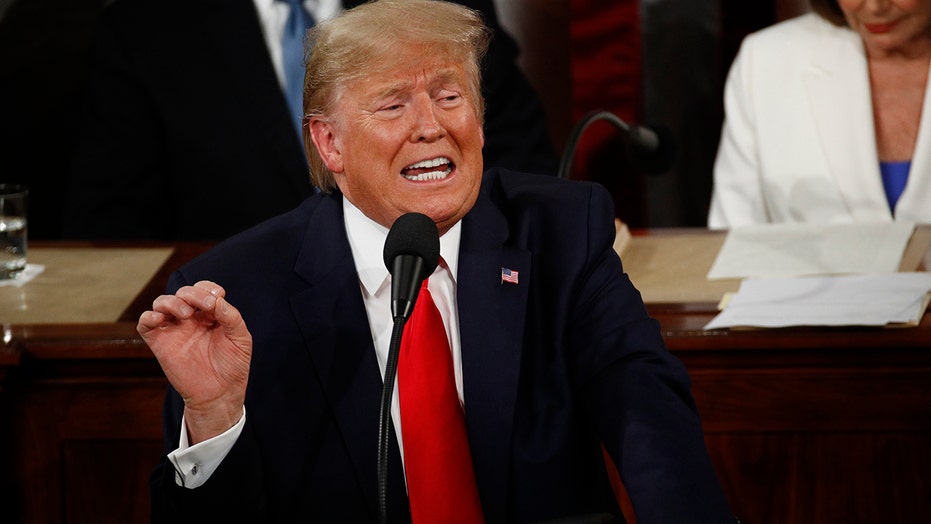 President Trump touting a flourishing US economy during SOTU address

President Donald J. Trump spoke glowingly about “the great American comeback” in his February 4 State of the Union address. Those relishing this renaissance’s biggest gains tend to be those who need them most.

“Jobs are booming, incomes are soaring, poverty is plummeting,” President Trump said. “The years of economic decay are over.”

“Gone too are the broken promises, jobless recoveries, tired platitudes, and constant excuses for the depletion of American wealth, power, and prestige,” the president continued. “In just three short years, we have shattered the mentality of American decline, and we have rejected the downsizing of America’s destiny.”

Recent figures from the White House Council of Economic Advisers confirm that these and other benefits accrue mainly to the less prosperous.

CEA calculated the growth in earnings between 2009 and 2019, including all eight of Obama’s years as president and the two years and 11 months of President Trump’s tenure for which data were available. The chart and graph below illustrate these striking results:

“Data show President Trump’s pro-growth policies are delivering the inclusive growth that government interventions in the economy aim for, but often fail to deliver,” the CEA’s Jared Meyer told me. “Across the board, this is a blue-collar boom.”

“The so-called experts didn’t foresee this economic boom,” said CEA’s acting chairman Tomas Philipson. “More than 7 million jobs have been created since President Trump’s election, exceeding the Congressional Budget Office’s projection by 5.2 million. Additionally, the prime-age (25-54) labor force shrank by 1.6 million under the Obama administration’s recovery, but has expanded by 2.3 million people since the 2016 election.”

“Instead of living in poverty and being dependent on government programs, previously-forgotten Americans are becoming self-sufficient through work,” Philipson added. “Since the 2016 election, the three largest welfare programs have seen enrollment fall by more than 10 million as incomes rise.”

Philipson also rejected the notion that Trump is simply surfing Obama’s job-growth wave. “The labor market’s revival over the past three years is not a continuation of past trends, but instead a result of President Trump’s pro-growth policies,” Philipson said.

“If we hadn’t reversed the failed economic policies of the previous administration, the world would not now be witnessing this great economic success,” Trump declared. “We are advancing with unbridled optimism and lifting our citizens of every race, color, religion, and creed very, very high.”

The rich are getting richer, but the poor, forgotten and neglected are progressing — and more swiftly than the advantaged

Despite the left’s obsession with income inequality and wage gaps, Obama’s big-government approach actually exacerbated these factors. The haves moved up and the have-nots spun their wheels or actually slid downhill.

ObamaCare, tax hikes, multi-billion-dollar corporate bailouts, Cash for Clunkers, Solyndra and at least 18 other green-energy bankruptcies, phantom “shovel-ready” jobs, regulatory micromanagement of even ceiling fans and ice-making machines and fetishistic focus on so-called “global warming” all created the very economic conditions that the left decries: The rich got richer, and the poor stagnated or got poorer.

The rich are getting richer, but the poor, forgotten, and neglected are progressing — and more swiftly than the advantaged.

Honest liberals should stop slamming President Trump and thank him for delivering what they claim to want: a boost for those with the least to thrive in the mainstream and savor the American Dream.

Too bad congressional Democrats failed to join Republicans, who stood up in the House chamber Tuesday night and cheered this great news. Instead, Democrats sat on their hands and pouted over their economic model, which is more shredded than Speaker Nancy Pelosi’s copy of President Trump’s address.