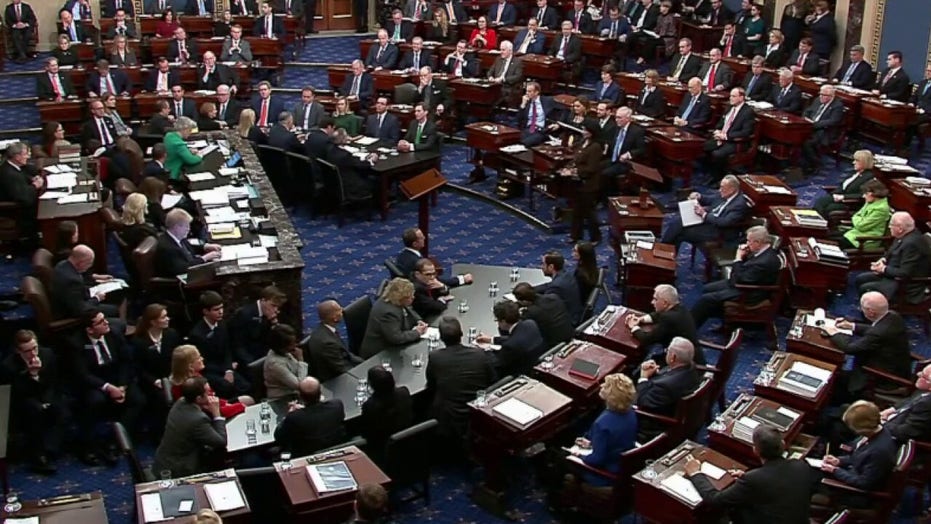 The Senate has voted against impeaching President Trump, defeating two articles of impeachment by votes of 52-48 and 53-47. Trump joins two former presidents, Andrew Johnson and Bill Clinton, in being impeached by the House of Representatives before being acquitted by the Senate.

The House failed to produce credible evidence that the president committed any “high Crimes and Misdemeanors” or engaged in any action that justified his impeachment by the House, let alone his conviction and removal from office by the Senate.

Despite Democrats’ loss in the Senate, House Speaker Nancy Pelosi, D-Calif., and Reps. Adam Schiff, D-Calif., and Jerry Nadler, D-N.Y., are no doubt basking in the admiration of their liberal allies for their actions, and they are hoping that their attempt to damage the president in the eyes of the public will be successful in the 2020 election.

However, history is often an unforgiving critic. Historians in the future may judge them far more harshly for abusing the impeachment power in the Constitution. That provision was not intended to allow 285 members of Congress – a simple House majority and two-thirds of senators – to remove a duly elected president for partisan reasons or over matters of style, no matter what his margin of victory in the last election.

Impeachment was to be used only in the direst of circumstances to remove a president clearly guilty of such serious, substantial misconduct that he posed a danger to the nation, and who was clearly unfit to continue in office until the next election when the public could make its own choice.

House Democrats did not come even close to meeting that standard.

It seems highly likely that Pelosi and company will be viewed in the same manner as historians now view the “radical Republicans” who impeached Andrew Johnson, and who came within one vote of convicting and removing him from office.

Republicans personally hated Johnson, who became president after the assassination of Abraham Lincoln, and they virulently disagreed with Johnson’s decision to implement Lincoln’s conciliatory policies toward the Southern states.

As Larry Schweikart and Michael Allen outline in “A Patriot’s History of the United States,” in inflammatory rhetoric reminiscent of that heard from some Democrats today, radical Republicans claimed that Johnson was a “wild-eyed dictator bent on overthrowing the government.” Schiff was just as inflammatory when he called Trump a “despot” and the type of tyrant the Founders feared, while Nadler called Trump a “dictator.”

Last time I checked the news, I didn’t see any stories about despotic activities by this president, such as a refusal to follow court orders or the abuse of federal law enforcement power to spy on and investigate political opponents. The latter is something only the prior administration did.

Liberals can certainly criticize the president for some of his policies that they may disagree with, but claiming he is a despot and a dictator is so over the top, so far from reality, that it helped destroy whatever credibility the House managers may have had at the start of the impeachment process. Their wild exaggerations made it pretty clear this was a partisan, politically driven impeachment.

Paul Johnson, in his book, “A History of the American People,” also records that during the impeachment proceedings, Johnson was subjected to “torrents of personal abuse” and other claims that Johnson characterizes as “nonsense.” Seem familiar? It should, because Trump was also subjected to “torrents of personal abuse” by House managers during the impeachment trial.

Included among the impeachment articles adopted by the House in 1868 was a charge that President Johnson had “challenged the authority” of Congress and had criticized Congress with “intemperate, inflammatory, and scandalous harangues.” Sounds an awful lot like the House’s claim in the impeachment resolution that Donald Trump “impeded” the House and engaged in “unprecedented, categorical, and indiscriminate defiance” of Congress.

Furthermore, the Johnson impeachment charged that the president had unlawfully removed Secretary of War Edwin Stanton (an ally of the radical Republicans) and replaced him with Ulysses S. Grant. Although it was not in the impeachment resolution, Schiff and his compatriots spent an enormous amount of time going after the president for firing the U.S. ambassador to Ukraine, Marie Yovanovitch (who was appointed by President Obama), as if that was an abuse of power. This despite the fact that ambassadors serve at the pleasure of the president. Once again, the parallels between the Trump and Johnson impeachments are eerie.

Historians almost universally condemn the Johnson impeachment as “rash, reckless, and unwarranted” as Schweikart and Allen explain. As Paul Johnson says, no “constructive purpose was served by this vendetta, and the only political consequence was the discrediting of those who conducted it.”

Now that the process is over, at least for now, it is hard to come to any conclusion other than that this impeachment, which Democrats started talking about doing as soon as Trump was inaugurated, was the result of personal and political "vendettas" against the president.

Given that some polls show that Trump is now more popular with the public than at any time during his presidency, Democrats may also end up suffering the “political consequences” of their abuse of the impeachment process and the “discrediting of those who conducted it.”