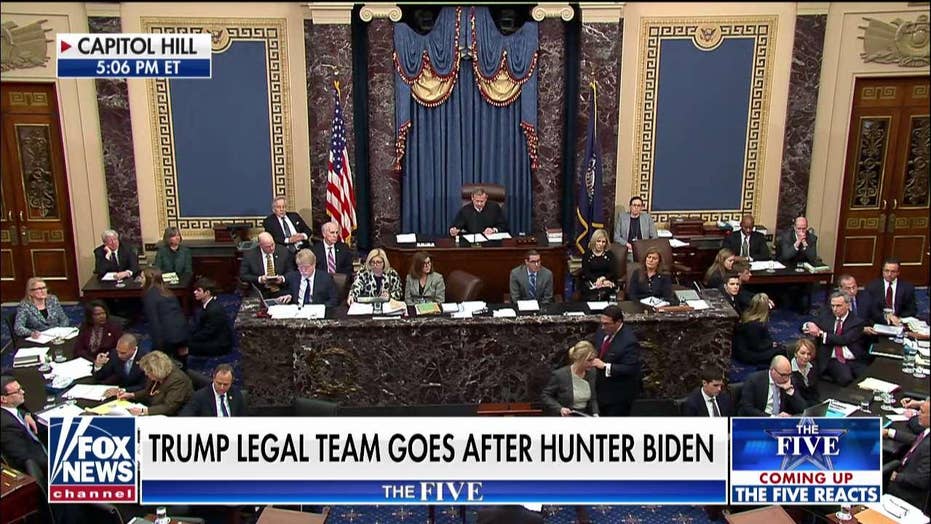 Did President Donald J. Trump have a legitimate or corrupt purpose when he asked Ukrainian president Volodymyr Zelensky to “do us a favor” and “look into” former Vice President Joe Biden and his son, Hunter? Democratic House impeachment managers have called Trump’s concerns about the Bidens “baseless” and a giant excuse to turn Ukraine’s government into his personal opposition-research department.

However, Trump was just one man among many who asked the same questions and raised the same concerns about Ukrainian natural-gas company Burisma and the big bucks paid to Hunter Biden, possibly for his familial access to the then-vice president of the United States.

As she defended Trump in his Senate trial, former Florida Attorney General Pam Bondi argued clearly and convincingly that Trump was justified in asking Zelensky to “find out what happened” with the Bidens’ Ukrainian dealings. Bondi detailed how the questions about the Bidens did not suddenly leap from Trump’s supposedly paranoid mind or his desire to “cheat,” as Rep. Adam Schiff, D-Calif., claimed.

“Here are just a few of the public sources that flagged questions surrounding this very same issue,” Bondi said on the Senate floor. “The United Kingdom Serious Fraud Office, Deputy Assistant Secretary of State George Kent, Hunter Biden’s former business associate, an ABC White House reporter, Good Morning America, ABC, The Washington Post, the New York Times, Ukrainian Law Enforcement, and the Obama State Department itself ... They all thought there was cause to raise the issue about the Bidens and Burisma.”

In early 2014, Obama made Joe Biden his point man on U.S.-Ukrainian policy. That March, Great Britain’s Serious Fraud Office launched a money-laundering probe of Burisma and Mykola Zlochevsky, its oligarch/owner.