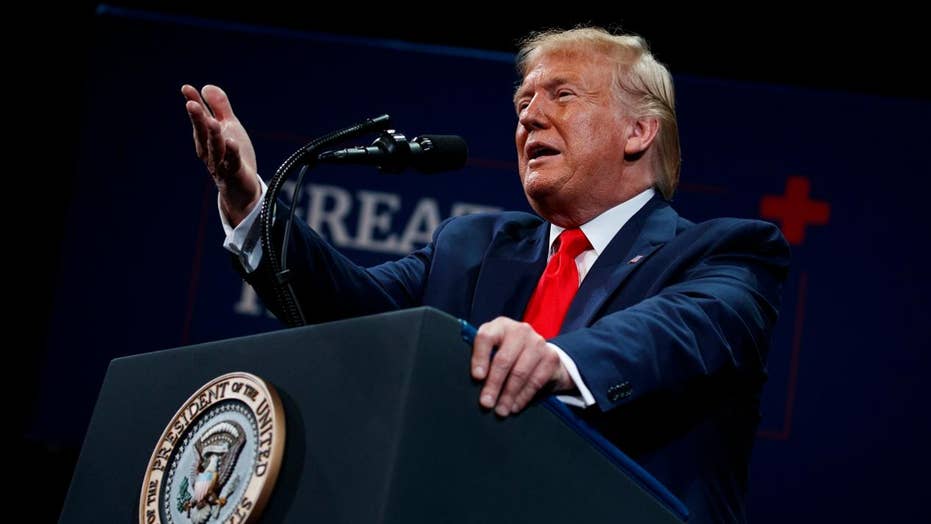 Trump to NY Post: Impeachment inquiry is energizing me

His enemies are divided only in the sense that some want to lock him up now while others want a trial first. So why is President Trump so cheerful?

“We just got great news from California, a judge ruled for us,” he said, referring to a decision blocking a state law that aimed at keeping Trump off the ballot unless he made his tax returns public.

The president said a “breaking news” alert had “me holding my breath because I know it’s going to be about me. They’re always about me.” We both laughed.

That was the start of my Tuesday night phone interview. It was 10 p.m. and the president, who sees sleep as a waste of time, seemed very energized despite the relentless onslaught and long days. He admitted he was feeling good, joking that “it must be a personality defect.”

“It sounds strange to say I’m energized, but I love it, I love it,” he said of the daily combat with Democrats and the media. “These people are so corrupt. They’re cons, all they want to do is win the election.”

I had called him because I wanted to know whether he and his team were prepared for the daily barrage of accusations coming from Speaker Nancy Pelosi, Rep. Adam Schiff and others. I pointed out that whatever Pelosi’s initial hesitancy, she is now all-in on impeachment and attacks are also aimed at Attorney General Bill Barr and Secretary of State Mike Pompeo.

Is the president setting up a war room to defend himself and his aides for the hot battles ahead?