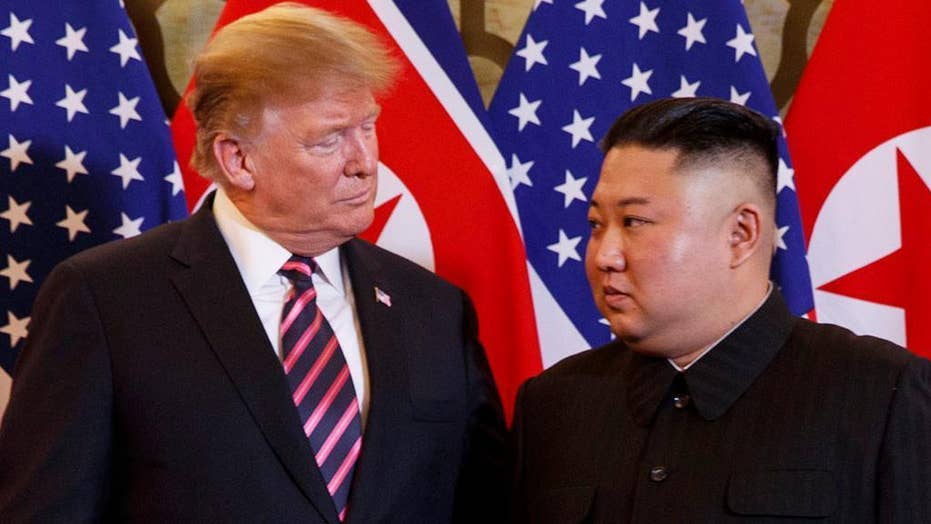 President Trump’s decision to walk away from a bad deal with North Korea proves that his critics are clueless about how he conducts diplomacy.

The president’s second summit meeting with North Korean leader Kim Jong Un ended earlier than anticipated Thursday with the announcement that he had rejected the deal put forth by Kim because it doesn’t suit America’s interests.

Despite the failure to reach an agreement to denuclearize North Korea, the summit still produced some encouraging signs, such as Kim’s offer to shut down a significant part of his nuclear fuel production capabilities. But the concessions weren’t enough to justify the complete repeal of sanctions that Kim demanded in return.

"We had a really, I think, a productive time,” President Trump said. “We thought … that it wasn't a good thing to be signing anything."

"I think our relationship is very strong, but at this time ... we decided not to do any of the options and we'll see where that goes, but it was a very interesting two days and I think actually it was a very productive two days,” Trump added. “But sometimes you have to walk and this was just one of those times."

To say the least, this was not the move that the Democrats or the mainstream media expected the president to make at the summit in Vietnam.

For several days before the summit even began, liberal pundits, “experts,” and journalists began framing the talks as a victory for North Korea, warning that President Trump would accept a poor deal just so he could claim a victory. 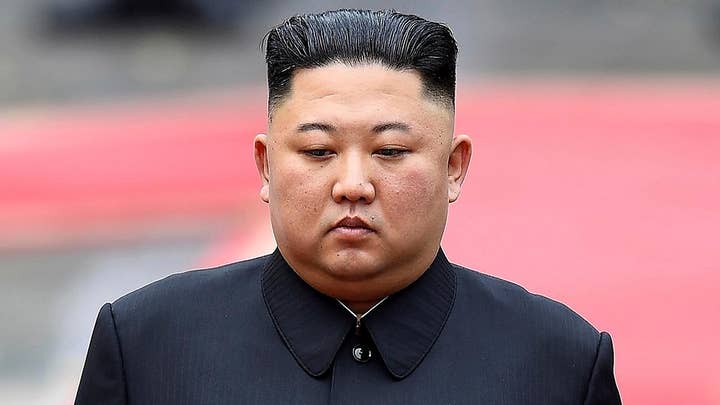 The Associated Press, for instance, reported that “some experts fear the meeting could result in an ill-considered deal that allows North Korea to get everything it wants while giving up very little.”

A “growing chorus of experts highlight a particular risk: that Trump, burned by criticism that the results of his June meeting with Kim in Singapore were vague at best and an outright failure at worst, will ignore his more cautious aides and try to strike a deal that’s cobbled together on the fly with little preparatory work,” the AP reported.

Similarly, just two days before the president walked out of the summit, The New York Times published a story speculating that that he “seems willing to ease U.S. demands on North Korea.”

“When he vowed to ‘solve’ the North Korea problem just before his inauguration two years ago, President Trump made clear he meant eliminating its nuclear arsenal,” the Times reported. “But on the eve of a second meeting with the North Korean leader, Kim Jong-un, the president sounds prepared to accept much less, at least for the foreseeable future.”

The intent behind these speculative warnings was clear – the mainstream media wanted to portray President Trump as a desperate and naive leader eager to accept any potential agreement in order to boost his approval ratings.

Such assessments, however, fundamentally misunderstand the nature of President Trump’s foreign policy, which is designed to strengthen America’s role in the world – even if that means defying diplomatic orthodoxy in order to protect U.S. interests.

Ironically, what the mainstream media and pundits were speculating might have happened in Hanoi was exactly what did happen for years with North Korea, well before Donald Trump ever sat across the table from Kim Jong Un.

Bad deal after bad deal, in which payoffs were made to North Korea to reduce its nuclear ambitions, marked decades of failed U.S. policy that President Trump now has to correct because his predecessors were too eager to claim victory with meaningless agreements to score political points.

President Trump has already pulled out of the disastrous Iran nuclear deal and withdrew the U.S. from the outdated Intermediate-Range Nuclear Forces Treaty that Russia repeatedly and flagrantly violated. Both decisions drew criticism from his political foes, but the president ignored those risks to do what was best for the security of the American people, just as he did by walking out on Kim.

Contrary to the biased assumptions of his critics, President Trump knows exactly what he wants from North Korea – complete and verifiable denuclearization that can serve as a prelude to permanent peace. A bad nuclear deal that undermines U.S. security simply isn’t anything the president would ever accept.