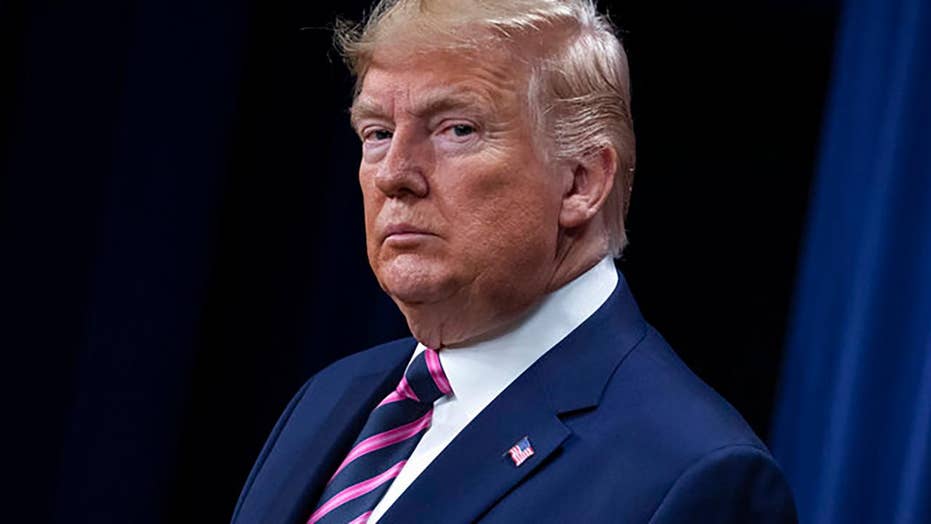 I’m a political outsider, and that’s why I’ve been clear that I believe this impeachment is purely a political sham to damage a president they’ve wanted gone since hour one.

But since it became obvious that Democrats would finally move forward with impeachment after orchestrating it for three years, I started to get a question from the media: “How can you speak out about impeachment if you’re going to be a juror in the trial?”

Let’s get this straight now: a Senate impeachment trial is not a court of law. It’s a court of politics.

Courts of law require evidence to go to trial – not opinions from bureaucrats. In a court of law, a defendant has a right to a jury of his peers – in a court of politics, he gets 100 politicians.

If the Senate impeachment trial were a real court, all 100 senators would be removed as jurors for bias for or against the president.

But here’s my question: Why is the media only asking Republicans if they can be “impartial jurors” when five of the Democrats in the Senate are actively running for the defendant’s job?

How can a Democratic presidential candidate like Sen. Elizabeth Warren, D-Mass., be a fair juror when she’s called the president “a total disgrace”?

How can Sen. Bernie Sanders, I-Vt., be a fair juror when he’s called President Trump “the most racist, sexist, homophobic, bigoted president in history”?

How can Sen. Bernie Sanders, I-Vt., be a fair juror when he’s called President Trump “the most racist, sexist, homophobic, bigoted president in history”?

Those are just two of the seven current and former 2020 Democratic presidential candidates in the Senate -- so-called jurors who have spent this year maligning this president, calling for his resignation, and crisscrossing the country campaigning for his job.

I’ve listened closely to all of the facts in this case, and I’m always open to new information, but it doesn’t look like there will be any new evidence.

I look forward to arguing the facts of the case – not opinions from lawyers or hearsay from bureaucrats – in the Senate trial so this jury pool can get back to work on real issues like lowering prescription drug prices for seniors or fixing our crumbling roads and bridges.

Republican Mike Braun represents Indiana in the United States Senate. Before joining the Senate, Mike Braun spent 37 years as the CEO of Meyer Distributing a logistics and shipping company that has hired hundreds of Americans. In the Senate, Mike has founded the Senate Logistics Caucus and is a member of the U.S. Senate Committee on the Budget.