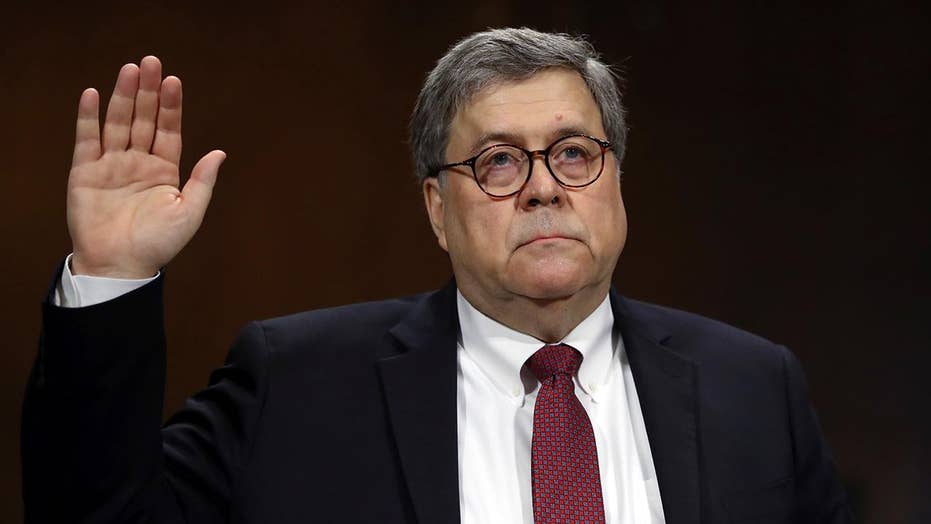 William Barr has been confirmed by the U.S. Senate four times, has served two U.S. presidents, and has proven himself to be a consummate professional who deeply respects the great responsibilities and boundaries of the office of the attorney general. Considering the turbulent tenures of President Obama’s two attorneys general, Democrats’ partisan attacks on Barr’s honesty and transparency should fall on deaf ears.

To refresh your memory, Obama’s first attorney general, Eric Holder, became embroiled in a scandal when guns illegally sold to Mexican drug cartels by the Bureau of Alcohol Tobacco, Firearms and Explosives (ATF) were found at the scene of the murder of a U.S. Border Patrol agent.

When the House of Representatives requested documents related to the scandal, Holder refused and was held in contempt of Congress with 17 Democrats crossing the aisle to formally condemn him – the first time Congress had taken such action against a cabinet official. Obama invoked executive privilege to protect Holder and hide those documents from the American public: a decision that is still being battled in the courts.

His successor didn’t fare much better. In June of 2016, Attorney General Loretta Lynch met privately with former President Bill Clinton on her private plane on the tarmac in Arizona for an hour while his wife was being actively investigated by the Department of Justice for mishandling classified information through a private email server – an investigation Lynch later decided to close without pursuing charges.

Lynch claimed at the time that she would accept the FBI’s recommendation to pursue charges in the Clinton investigation, but according to testimony from FBI lawyer Lisa Page released earlier this year, it was, in fact, the Department of Justice that determined not to bring charges.

Democrats’ absurd claims about Barr are, in actuality,  the sad truth about President Obama’s AGs.

A private meeting with the spouse of a major presidential candidate in an election year – which would have gone unnoticed was it not for a local television station – should be cause enough to doubt the impartiality of the nation’s top law enforcement officer. A secret meeting with the politically powerful husband of an investigative subject days before declining to pursue charges against her is a solid “F” grade on the tests of trust and transparency.

Barr, by contrast, has handled the release of the Mueller report with unprecedented transparency: releasing the full report with minimal redactions as quickly as possible and even allowing select members of Congress to view all of the report that is legally viewable at their convenience. As of this week, no Democrat has taken him up on that offer.

It wasn’t enough. Following Barr’s testimony before the Senate Judiciary Committee, Democrats’ slander reached fever pitch: House Speaker Nancy Pelosi wasted no time or investigation in declaring the attorney general of the United States a criminal, the junior senator from California falsely claimed Barr “lied to Congress,” and another Democratic colleague said he was “a paid hack for the president.”

Democrats’ absurd claims about Barr – that he’s calling balls and strikes based on partisan allegiance, that he’s refusing to cooperate with reasonable congressional requests, that he may have declined prosecution to protect his political ally – are, in actuality, the sad truth about President Obama’s AGs.

Americans should remember this blatant double standard as we watch Democrats’ last-ditch effort to destroy Attorney General Barr, a distinguished public servant, and call these smears what they are: bluster from politicians desperate to stretch out the Mueller investigation as long as possible in an attempt to damage President Trump and baseless political grandstanding from presidential candidates.

In both cases, it should be treated as exactly as what it is: hypocrisy.

Before joining the Senate, Mike Braun spent 37 years as the CEO of Meyer Distributing a logistics and shipping company that has hired hundreds of Americans. In the Senate, Mike has founded the Senate Logistics Caucus and is a member of the U.S. Senate Committee on the Budget.