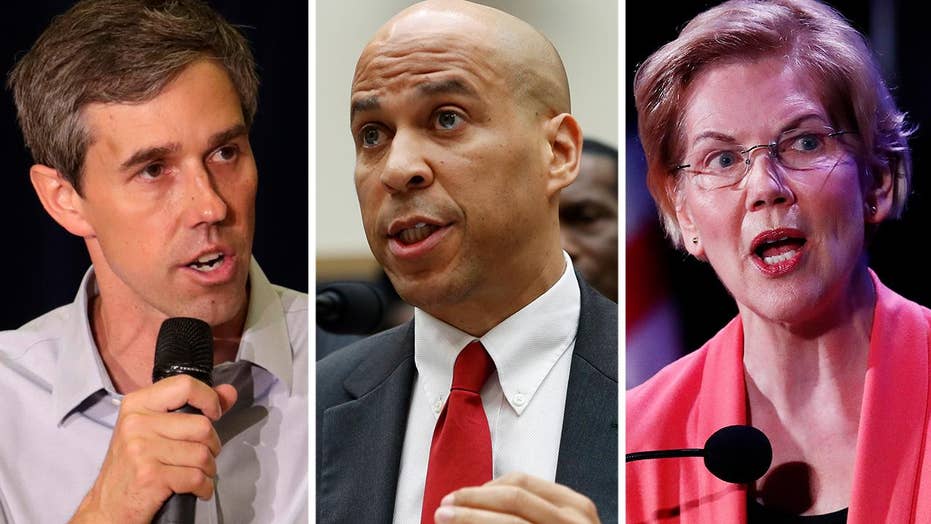 What topics can we expect the first Democratic presidential debate to cover?

As Democrats descend on Miami for their first presidential debate, it’s a good time to reflect on the fact that President Trump has kept his promise to nominate great conservative judges, with the Senate approving 125 judges since Trump took office — including 40 since I’ve been in the U.S. Senate.

Shortly after assuming his duties at the White House, Trump hit a home-run by selecting conservative Neil Gorsuch to replace the late Justice Antonin Scalia on the Supreme Court. Justice Gorsuch has been a steadfast defender of the Constitution over the last two years. It’s also great to have a voice on the court who comes from Middle America instead of the East Coast, like nearly all of our other Supreme Court justices.

A year later, Trump nominated the conservative Justice Brett Kavanaugh. The night of his nomination, Senator Elizabeth Warren was already on the steps of the Supreme Court opposing this highly qualified nominee.

As time passed, Democrats— including my opponent, Democratic former Sen. Joe Donnelly — lined up to smear Kavanaugh, but unlike any president before him, Trump stood by his nominee when the going got tough, which sent a bolt of energy to my campaign in Indiana.

For an entrepreneur who has spent his entire career creating jobs, I can assure you that leaving my business to help President Trump confirm conservative judges is well worth my decision to run for office and a great use of the Senate’s time, given how dysfunctional Washington can be.

As I sprinted down the homestretch of my campaign, Hoosiers were proud that I had the courage to support a nominee who was falsely accused of wrongdoing and promised to interpret the Constitution as it was written instead of legislating from the bench.

On the circuit court level, President Trump has appointed nearly one-third of the judges on the Fifth, Seventh, and Eighth Circuits. Additionally, the infamous liberal Ninth Circuit is slowly returning to sanity. President Trump has nominated enough judges that almost half of that court will faithfully interpret the Constitution.

In terms of district courts, the Senate has approved 82 district judges — including 29 since I’ve taken office. I’m incredibly proud to have supported the confirmation of fellow Hoosier Holly A. Brady from Fort Wayne to serve as a United States district judge for the Northern District of Indiana.

For an entrepreneur who has spent his entire career creating jobs, I can assure you that leaving my business to help President Trump confirm conservative judges is well worth my decision to run for office and a great use of the Senate’s time, given how dysfunctional Washington can be.

Finally, for viewers who tune in to the first Democrat debate, it shouldn’t be lost on them that President Trump has already remade the judiciary, moving our country away from activist judges and toward individuals who will uphold the Constitution. It's another important reason to re-elect President Trump and maintain our Republican majority in the U.S. Senate.

Before joining the Senate, Mike Braun spent 37 years as the CEO of Meyer Distributing a logistics and shipping company that has hired hundreds of Americans. In the Senate, Mike has founded the Senate Logistics Caucus and is a member of the U.S. Senate Committee on the Budget.