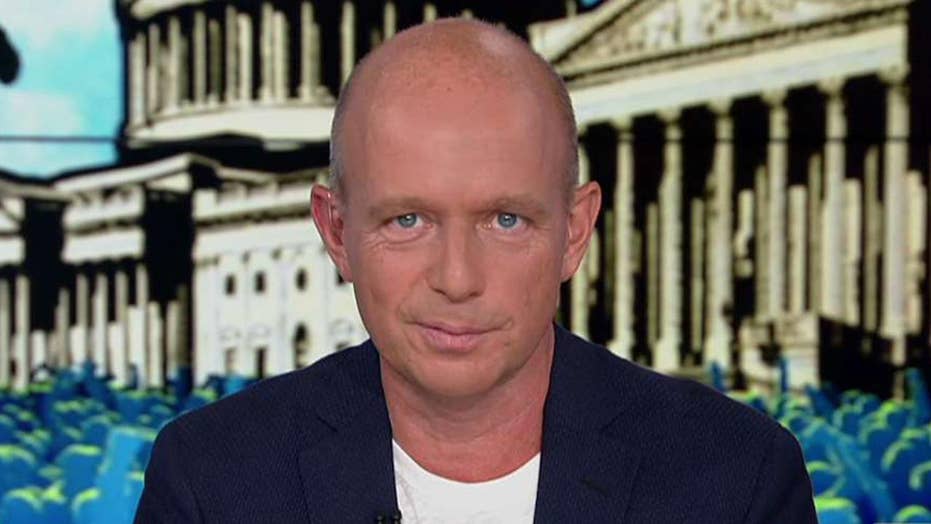 Steve Hilton: How will history look back at this time?

I hope you all had a wonderful Thanksgiving. One of the things that I was thankful for this year is the fact that I’m here at all in this incredible country to take part in what has quickly become my favorite holiday.

Those of us who’ve chosen to make America our home and who’ve been welcomed here so warmly have more reason than most to be thankful. And I feel that especially strongly at this time of year.

So, to America and to each of you, thank you.

Over the holidays, we talked a lot in our family about history. My eldest son is getting more and more interested in it, and my father-in-law, who’s over from England, was delighted to answer all his questions -- at length.

I found myself thinking, “How will history look back at this time?”

One of the most shocking things I thought President Obama ever said was about the historical impact of a president. Here’s how he saw it: “At the end of the day, we’re part of a long-running story. We just try to get our paragraph right.”

As New York Times columnist Maureen Dowd said at the time, “Mr. President, I am just trying to get my paragraph right. You need to think bigger.”

President Trump does think bigger. He didn’t come into office wanting to write a "paragraph" in the history book. He wanted to write the new chapter, even a new book, not just a few tweaks here and there like Obama or like most presidents, in fact.

Trump wanted to actually change the direction of the country. If you’re Elizabeth Warren, you might even call it big structural change.

Very few presidents actually do that. But on the defining issue of our time, President Trump has done it already.

Not with the economy, vital though that is, where, as promised, the Trump pro-enterprise agenda of deregulation and tax cuts has delivered historically low unemployment.

Not with immigration, vital though that is, where, as promised, the border wall is going up and the numbers of illegal crossings are coming down.

But the big one, is the truly historic shift on China and the associated issues of trade and manufacturing. For 50 years, China was barreling towards its stated goal of toppling America as the world’s economic and military superpower by 2049, not least by cheating on trade rules and stealing technology.

As a direct result of the Trump tariffs, manufacturers are moving out of China, and many more have signaled they’ll be looking to do the same soon. And the foundation of China’s power is crumbling before our eyes. They’re desperate for a trade deal. And they’re even saying they’ll finally act on intellectual property theft.

For 50 years, we lived under an elitist ideology that was pro-China and pro-globalism, regardless of the impact on manufacturing, on agriculture, on rural areas.

President Trump has turned that around. That’s what they’ll be talking about 100 years from now, not his tweets or TV habits.

In 2016, you told them you wanted a change from establishment policies. Trump has delivered, and they can’t stand it. So, in 2020, tell them again.

And that’s why people who care about substance, about results -- about the real world -- should support him.

Sanders: He is a liar and a racist and a sexist.

Worse still, Trump’s critics are completely oblivious, not just to Trump’s substantive record, but to the damage they themselves did to this country with their elitist policy agenda. They crashed the economy and crushed the working class. They enriched the coasts and impoverished the heartland -- and not a word of apology for any of it.

So, of course, Trump supporters are not going to sit there meekly as the ruling class tries to cut short his term with this partisan farce of an impeachment which, let me remind you, has been in the works since practically the day he was inaugurated. Here are some examples:

If anything, Trump supporters think that far from being removed a year early, he should get an extra couple of years to make up for all the time that’s been wasted on these endless investigations and obstructions simply because Trump’s decadent enemies can’t face the fact that they lost in 2016.

Well, the election next year is an opportunity for the populist revolution to be reaffirmed. And my God, it needs to be after what we’re seeing with this impeachment.

The ruling class never stops going on about democracy and the rule of law and the Constitution, and how Trump is undermining it. Here's more:

Michael Starr Hopkins, Democratic strategist: Donald Trump is such an existential threat to our democracy.

Rep. Hakeem Jeffries, D-N.Y.: No one is above the law, not even the president of the United States of America.

Rep. Eric Swalwell, D-Calif.: This president is a threat to the democracy.

House Speaker Nancy Pelosi: The president must be held accountable. No one is above the law.

Rep.Jim McGovern, D-Mass.: President Trump may have violated the Constitution. This is about protecting our national security and safeguarding our elections.

Hey, how about safeguarding our elections by, you know, actually accepting their results and allowing the person who won to govern? 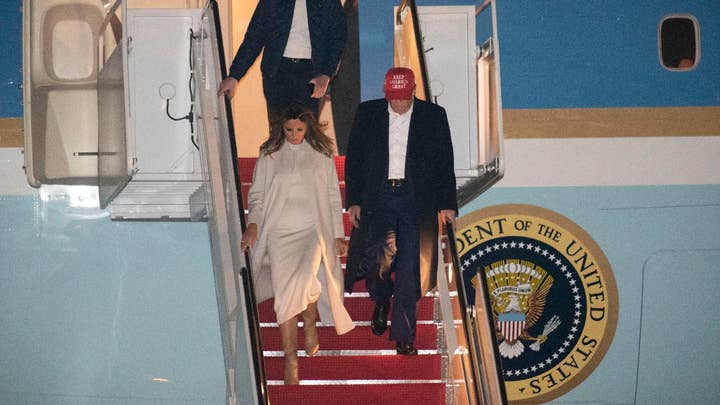 All of this reminds me of a book I remember from when I was just getting into politics in the U.K., actually, by a radical left former mayor of London. But the title describes perfectly what’s going on here in America now: "If voting changed anything, they’d abolish it."

It’s precisely because President Trump is delivering historic change that the ruling class is so violently, dementedly, against him. The Democrats, and the civil service, and MSNBC, and CNN have become an anti-Trump cult.

You can vote for a different role for America in the world than the one the military-industrial complex wants but you can’t get that, either. You get what we tell you. We, the ruling class, are in charge, and no election is going to change that.

In 2016, you told them you wanted a change from establishment policies. Trump has delivered, and they can’t stand it.

Adapted from Steve Hilton's monologue from "The Next Revolution" on Dec. 1, 2019.