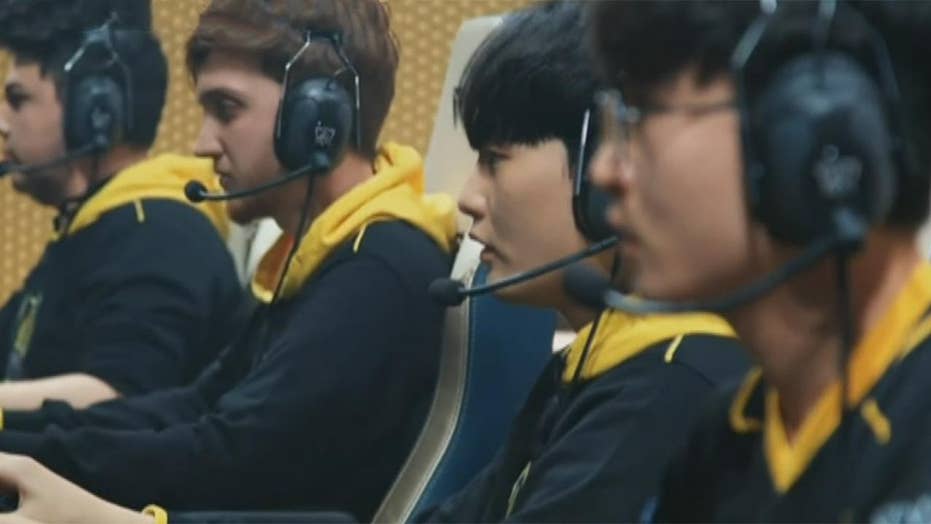 Gambling services get in on billion-dollar e-sports industry

Arizona Cardinal cornerback Josh Shaw has been suspended indefinitely by the NFL for violating the league’s blanket prohibition against betting on all things NFL. Shaw, who will miss at least the full 2020 season, had been on injured reserve since late August and had not played a down this year. The silver lining for Shaw’s grey cloud is that he joins the ranks of Paul Hornung, Alex Karras and Art Schlichter as players who ran afoul of this longtime restriction.

I admit that I have become almost a free-market purist when it comes to the No Fun League. For example, I would have no objection to Boston Robotics providing mechanized players to the already immoral Patriots. Similarly, if the New York Giants wanted to become literalists and take massive doses of human growth hormone, it could only bring more entertainment to the NFC Least. As for my Redskins, there isn’t a pill or a robot in this world that can help them overcome the curse of Danny Boy, the owner from hell.

But you certainly don’t have to pull for the types of bloodthirsty innovations I support to call into question the NFL’s puritanical view of sports betting.

Nobody should confuse Commissioner Roger Goodell with the 1919 White Sox scandal’s Judge Kennisaw Mountain Landis for imposing a lengthy ban on Shoeless Josh Shaw. There is no suggestion that Shaw bet on Cardinals’ games, so for all we know he was sitting in his man-cave placing prop bets on his iPhone, winning $2 when the Ravens won the coin toss. And would it really be so terrible to have a defensive end bet on himself, announcing that he’s put $1 million on getting three sacks against the Dolphins by halftime? People would watch that game. Well, half of it.

Yes, throwing games or under-performing is an absolute ban-from-the-game concept, but it may be time to draw a tight line around that idea while loosening up benign betting restrictions as long as they’re in full daylight.

The other problem I have with Shaw’s punishment is one of proportionality. The league has been remarkably protective of players accused of, or even convicted of, violence against women or children.

Jonathan Dwyer, for example, was accused of head-butting his wife, which broke her nose, and then following up the next morning with a punch to her face. He was also accused of throwing a shoe at his 17-month-old son. The team quietly put him on the reserve list so they could fill his roster spot, but the league did almost nothing, probably finding comfort in the fact that the felony charges were dropped by prosecutors. Three games.

Shortly before the 2015 season, Panther defensive end Greg Hardy was alleged to have assaulted an ex-girlfriend by grabbing her, throwing her into furniture and strangling her. He was even convicted, by proof beyond a reasonable doubt, before the prosecution in an appellate retrial was stymied by the victim’s failure to cooperate. Almost undoubtedly, a quiet civil settlement helped convince Hardy’s victim that she need not appear for the trial. Four games.

It would take more of a book than a blog to fully characterize the league’s historic winking at domestic violence while having a zero-tolerance gambling rule.

Of course, the poster child for horrible domestic violence with little professional consequence is Ray Rice, who is on tape punching his girlfriend in the face and then dragging her limp body out of the elevator by her hair. Two games. When the full video was released by TMZ, the suddenly offended commissioner announced the indefinite suspension (which was later reduced to a season on appeal).

After the travesty of Rice’s soft treatment, in 2014 the league announced a mandatory six-month penalty for domestic violence, but somehow numerous cases post-dating that announcement have led to minuscule suspensions.

It would take more of a book than a blog to fully characterize the league’s historic winking at domestic violence while having a zero-tolerance gambling rule, but you get the point.

The NFL brand tries to show sensitivity to domestic violence with somber commercials, and to women’s issues in general by wearing pink accessories and boldly announcing they oppose breast cancer. The NFL enforcement operations, however, are a different story.

Star players overcome suspensions for violence, dog torture, or barroom rape, but the morality police will put you in the stockade for betting on other teams or players. As the country rapidly revisits and legalizes sports betting, maybe the NFL should fine-tune its currently draconian policy.