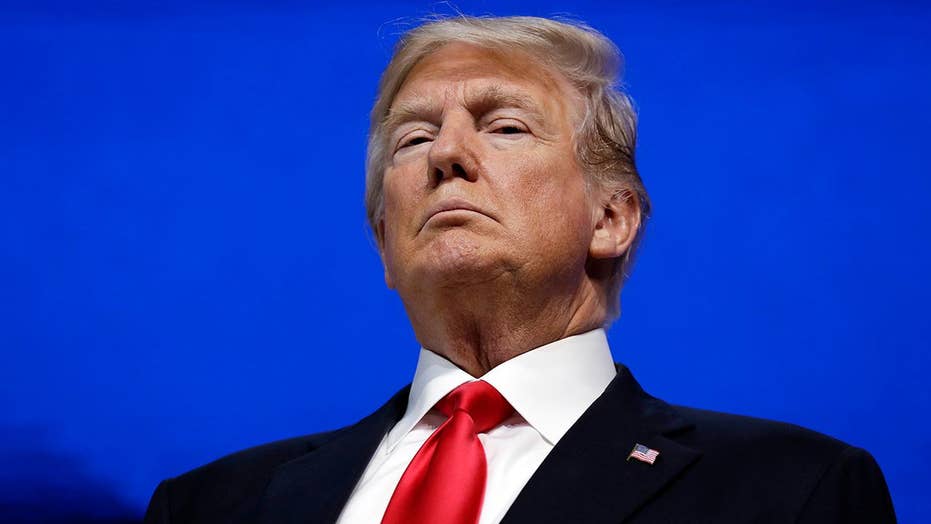 What did you expect? An orange-haired gorilla to hop around onstage? An unhinged maniac to threaten nuclear war, a la Kim Jong Un? No. What attendees at the Davos hug-fest saw on Friday was a calm, controlled Donald Trump, in charge of his message, which was, simply: America is no longer your patsy.

The president stuck to his script, ticked off the accomplishments of his first year in office, offered to be a friend and trading partner to the rest of the world, but left no doubt: his job is to put America First.

“This was an economic forum and this was an economic message,” says former Virginia Gov. James S. Gilmore, who now leads the American Opportunity Foundation. “He’s recognizing American strength and growth and in the end that’s what will allow America to play its proper world in the world.”

The immediate, reflexive sniping in the mainstream media was inevitable. “Trump Booed at Davos,” headlined the Huffington Post, while conceding that some of the catcalls came from journalists – not exactly a barometer of public opinion. Trump’s chief nemesis, the New York Times, said the president was “seeking to reconcile his America First protectionist stance with a call for free trade and foreign investment.”

The Davos speech was both vintage Trump – America comes first – and a welcome departure from some of his unscripted, unforced errors.

Not exactly. “There was nothing belligerent about it,” says Gilmore. “It was consistent with the event and emphasized American strength.” Further, the former governor noted, it extended an open hand to Europe to join with the U.S. to ensure the world’s security.

“We need our principle allies, particularly Germany,” Gilmore says. “Germany is an essential partner in maintaining European stability. I believe this speech will be well received there because it opened doors to mutual economic benefit across the continent.”

Of course, not everyone will be happy with Trump’s comments. He referred to “rogue states”, a barely concealed reference to North Korea and Iran. And he said, without mincing words, that intellectual property theft would no longer go unpunished. You could almost hear the hackers in Shanghai pause at their keyboards for a second.

“It’s clear that the Chinese are running a nationalistic economic policy,” Gilmore says. “And I think his message is, if you do, we will, too.”

The Davos speech was both vintage Trump – America comes first – and a welcome departure from some of his unscripted, unforced errors. Perhaps the fresh Alpine air was a welcome antidote to the swamp to which he now returns.