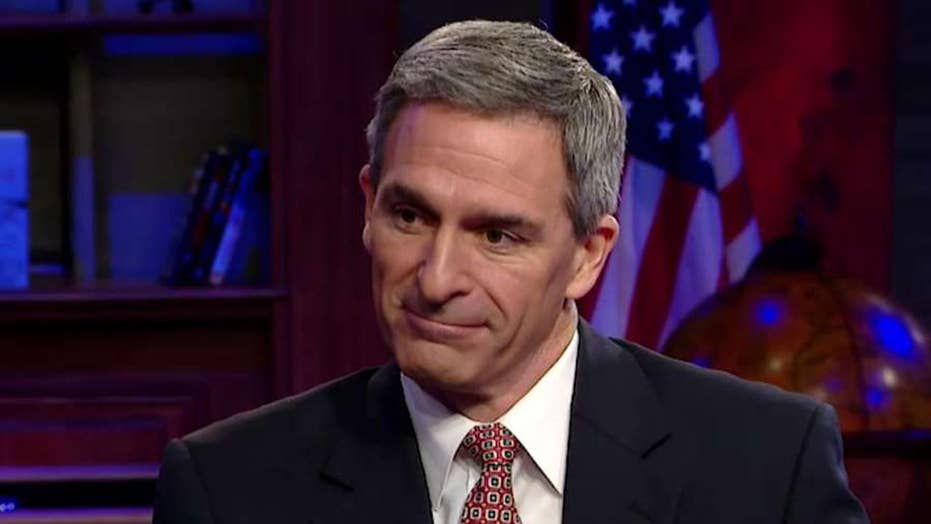 If you read Special Counsel Robert Mueller's report, you know that Mueller and his crew judged President Trump's intent based on his actions. As we wait for Mueller’s date with Congress, it's a good time to consider Mueller's own intent. Based on his actions, the report card is not good.

First, it must be said that Mueller’s investigation did not take place in a vacuum. The country was more divided at the start of a presidency than any time since Lincoln. We had reached a new level of division in "the divided era."

Second, one thing cannot be repeated enough: the core conclusion of the Mueller report was that there was no evidence of collusion. There was no conspiracy by any American to work with Russia to undermine our election process. After two years of investigating anyone and everyone around Trump, Mueller concluded there was no such evidence.

By definition, you know what that also meant?

It meant that there was no evidence of collusion on the day Mueller took the job in May 2017, and no evidence any day between then and the filing of his report. None.

Shortly after Mueller took the job, three people confirmed that there was no such evidence when he took office. As I wrote in this column before, there were “Five critical moments that should have told us there would be no finding of collusion.”

Two of those people were Sen. Dianne Feinstein, D-Calif., and former Director of National Intelligence James Clapper, America’s top spy. Both said that they had seen no facts establishing collusion and, shortly before joining Mueller’s team, Peter Strzok was texting Lisa Page there was "no there, there."

That was the state of affairs when Mueller took the job, and he was either well aware of it or oblivious to the obvious.

Knowing that that evidence of collusion never existed, at any time, we can now properly judge Mueller and his actions during this fragile moment in U.S. history.

The correct course of action, the one he should have taken, was simple:

1. Double check the work of the Department of Justice, the FBI and other intelligence services;

2. Develop new information based on actual facts; and

3. Do no harm to the American legal or constitutional system in the process.

Unfortunately for America, Mueller failed miserably on these issues.

He started his investigation by undertaking several prosecutorial abuses:

First, he hired a partisan staff — people of whose political affiliation he was well aware — including one who was counsel for the Clinton Foundation.

Second, he visibly brought the full weight of the government down on Lt. Gen. Michael Flynn even though the nation knew (a) Flynn committed no crime, given the FBI previously concluded Flynn had not lied to the FBI; and (b) Flynn had been set up by Mueller’s friend James Comey.

In other words, Mueller knew that Flynn was mistreated and was innocent. Obviously and publicly, that didn’t matter to Mueller. Instead, Mueller squeezed Flynn, got no evidence of collusion, and then forced him to capitulate to a charge unrelated to collusion.

He did that knowing there was no evidence of collusion and that it was apparent to many, and known to Mueller and his employees, that Trump was illegally targeted.

Mueller made the country more politically divided. He rototilled the Fourth Amendment and held Republicans captive to an investigation that likely cost them House seats.

Mueller was after pelts (witches if you prefer) — for two long years — witnesses and the Fourth Amendment be damned.

He bullied Jerome Corsi. He brought in a swat team to take care of Roger Stone. More messages sent.

Almost from the beginning, he created a palpable sense of fear that was known and felt by the 500 witnesses he had interrogated. It was a fear that, despite no underlying crime, their potential errors, made under great duress for which they were not trained, could cost them their freedom. At the very least it saddled them with attorney’s bill in excess of $100,000 and more.

Again, all along, Mueller did that knowing there was no collusion.

Next up, was the presidency.

Who cares how you act if you are a special prosecutor with no one reigning you in? For his final act, despite knowing that Trump had been set up all along, it was time to set a perjury trap for a president. After all, he had done it with everyone else of significance from the beginning in the total absence of collusion.

Why not again? Only Trump and his lawyers finally said no to an interview. Their unprecedented cooperation to date, including not asserting executive privilege, would be all Mueller would get.

In the end and for two years, Mueller made the country more politically divided. He rototilled the Fourth Amendment and held Republicans captive to an investigation that likely cost them House seats. Then Mueller wrote a 200-page report laying out his case for obstruction of justice — even though no law says the report had to be written.

Do you still need to ask yourself why he did that?

Mueller wants the country to believe that Trump committed a crime of obstruction even though his friend, James Comey, told Trump the investigation wasn’t about Trump. Oh, wait, cops are allowed to lie to people — who cares if it’s the presidency he was trying to set up — evidence of collusion or not.

All of these actions represented Mueller’s intent. The only real, nonpartisan question that remains is whether we will ever be so misguided as to let it happen again.