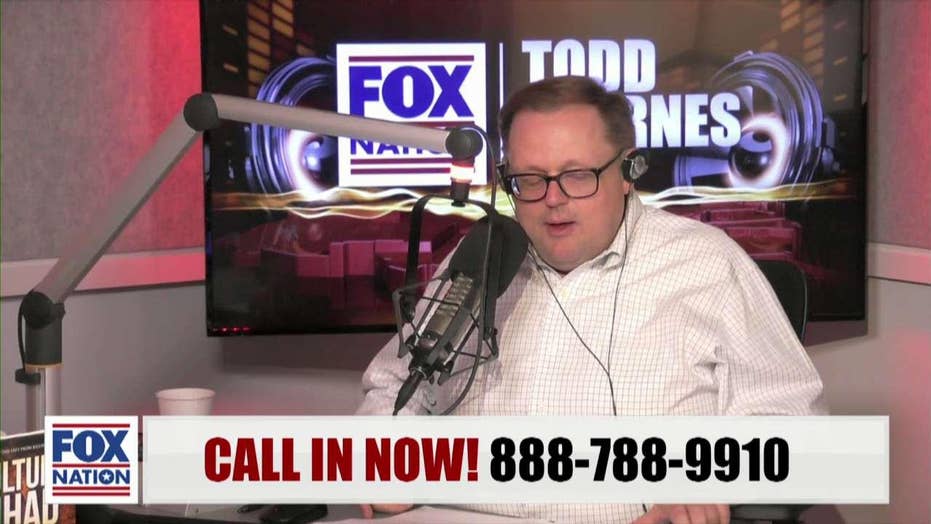 Todd Starnes speaks with conservative filmmaker "Fog City Midge" about her video of children being taught anti-Trump chants at a protest.

If you need proof that our nation’s public education system has been taken over by leftist radicals who have weaponized children for political purposes, look no further than a September 16th immigration protest on the streets of San Francisco.

Hundreds of school children were filmed chanting, “Who do we hate? Donald Trump!” during a protest in support of illegal immigrants in downtown San Francisco.

Margaret Vandenberg, a conservative filmmaker and producer, posted video of the shocking chants on Twitter. She was a guest Monday on "The Todd Starnes Radio Show." Click here to listen to the interview.

CLICK HERE TO ORDER A COPY OF TODD’S NEW BOOK, “CULTURE JIHAD: HOW TO STOP THE LEFT FROM KILLING A NATION.”

“We all know that indoctrination happens at the college level, and to some extent at the high school level, but to see it happening to students as young as kindergarten is unbelievable,” she said. “These people need to be called out.”

Television station KGO reported that one of the schools involved in the protest was the Buena Vista Horace Mann K-8 Community School.

Video shows the children being coached off camera as they chanted, “brick by brick, wall by wall, the border wall will fall.”

Vandenberg said she was shocked to see adults using grade-schoolers as political pawns and “cramming a social justice agenda down the throats of children.”

“It’s unbelievable to me that we have this radical leftist agenda and these activist teachers in San Francisco public schools who see it as their job not to educate students but to indoctrinate them,” she said on my radio program.

When Vandenberg attempted to interview children at the march teachers intervened and threatened to notify the police. I reached out to school leaders and they did not return my calls.

What happened on the streets of San Francisco should horrify every freedom-loving American.

That’s a fair point to explore. During the Obama administration, public schools lavished great adoration on the president.

Those days are long gone and now we have at least one public school teaching boys and girls to hate President Trump.

Chapter 12 of my new book, “Culture Jihad,” is titled, “Reading, Writing and Radicals.” I document how our classrooms have been overrun by progressives who are hell-bent on brainwashing American kids.

What happened on the streets of San Francisco should horrify every freedom-loving American.

Those children should be learning about math and science. Instead, their teachers are turning them into community organizers.