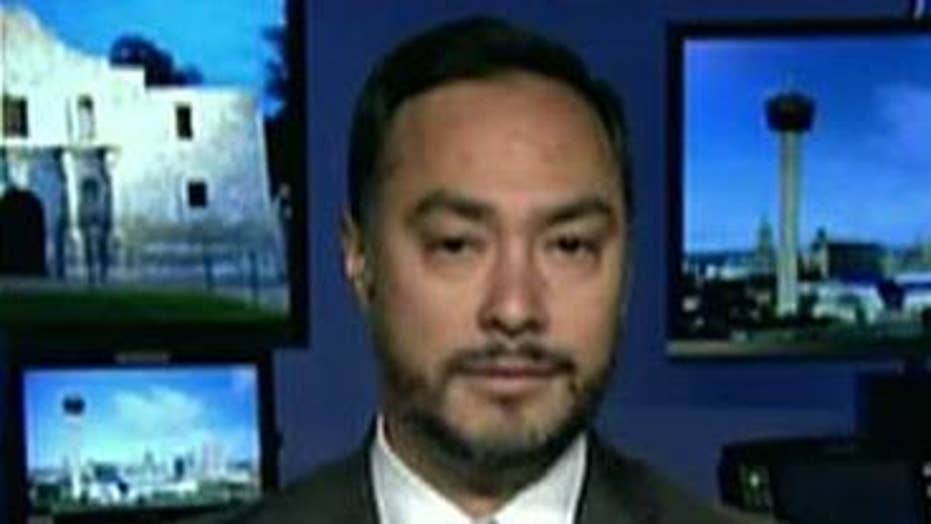 Trump donor reacts to being outed by Rep. Joaquin Castro

Mark Hanrahan says it never occurred to him that he had to be afraid to speak his mind.

Rep. Joaquin Castro learned a very important life lesson the other day. It turns out the gun-toting, Bible-clinging Trump supporters in San Antonio don’t take kindly to a politician who disrespects their brisket.

“Their contributions are fueling a campaign of hate that labels Hispanic immigrants as ‘invaders’,” Castro wrote on Twitter.

CLICK HERE TO PRE-ORDER TODD’S FORTHCOMING BOOK, “CULTURE JIHAD: HOW TO STOP THE LEFT FROM KILLING A NATION.”

One of the businesses the congressman targeted for political retribution was Bill Miller Bar-B-Q, one of the most popular brisket and sweet tea joints in San Antonio.

For those of you north of the Mason-Dixon line, eating brisket is something of a worship experience. I’ve heard stories from the Hill Country that some Baptist churches in those parts actually serve brisket and sweet tea for the Lord’s Supper.

Castro must have imagined thousands of San Antonians converging on the barbecue joints armed with torches and pitchforks, terrorizing customers in the drive-thru and staging boycotts. He must have dreamed about literally running the pit masters out of town.

But there are some rules about living in the Lone Star State. You go to church on Sunday. You don’t talk bad about somebody’s momma. And you don’t mess with the brisket.

The day after Castro published that hateful screed, thousands of Texans piled into their pickup trucks and drove to the nearest Bill Miller Bar-B-Q.

Texas Gov. Greg Abbott tweeted a photograph of a plate piled high with barbecue noting it was a “perfect night for @BillMillerBarBQ.”

Conservatives have rallied to the restaurant’s defense, much like they did when Chick-fil-A was victimized by leftist bullies over the company’s Christian beliefs. Remember that story?

In my forthcoming book, “Culture Jihad: How to Stop the Left From Killing a Nation,” I urge conservatives to stand up to the militant thugs and bullies who want to destroy this nation. And we cannot allow ourselves to be intimidated by a bunch of pajama boy liberals and their pink-hat-wearing gal pals.

In the days after Castro’s attempt to dox and destroy Trump supporters, something unusual happened. Instead of being afraid, conservatives decided to rise up – and fight back.

“We found that our fundraising actually has gone up since the congressman tried to out those people and shame somebody for supporting President Trump,” Lara Trump told me during an interview on “The Todd Starnes Radio Show.” She said Castro’s hate-tweet was “sick and twisted.”

“People don’t like this,” Lara Trump, who is the president’s daughter-in-law and a senior adviser to his reelection campaign, told me. “This is not acceptable. When has it ever been OK to harass people and try and silence them and make an effort to stop them from contributing to a political campaign just because you disagree with it?”

The Republican National Committee also reports an uptick in donations after the recent attacks on Trump donors. And it’s clear to me that Americans are sending a message to political punks who think it’s OK to bully private citizens.

“This isn’t how we do things in this country,” Lara Trump said.