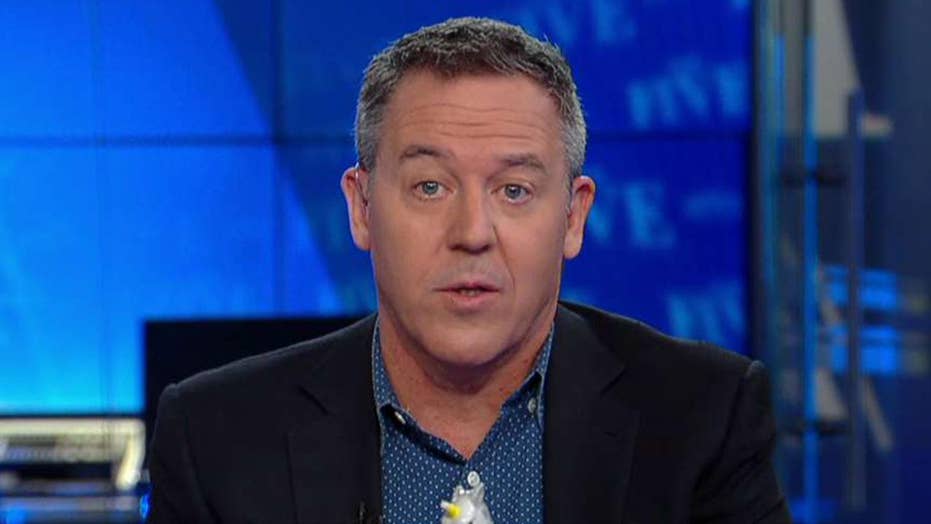 Gutfeld on the media's polarizing attacks

The media continue to use tragedy to indulge their own resentment.

Wallace said: “You now have a president … talking about exterminating Latinos.”

After being called out she apologized, if you could call it that.

DAN GAINOR: THE NEW YORK TIMES CHANGES ITS HEADLINE, CAVES TO THE MOB AND SHOWS IT HAS LOST ITS MIND

Wallace tweeted: “I misspoke about Trump calling for an extermination of Latinos. My mistake was unintentional and I’m sorry. Trump’s constant assault on people of color and his use of the word ‘invasion’ to describe the flow of immigrants is intentional and constant.”

In sum, it’s as if she is saying that Trump didn't say “kill all Latinos,” but he meant it anyway, so it’s not Wallace’s fault for saying so.

She's not the only one hating for ratings.

Wallace’s network now claims that you, me, or anyone who isn’t in the resistance is a white supremacist.

And people on MSNBC have accused Fox News of spreading hatred.

This is irresponsible and probably dangerous. But they don't care, because they don't see us as wrong, only evil. And of course, profitable. It borders on comedy, like a clown linking President Trump’s act of mourning to Nazis.

Frank Figliuzzi, a former FBI official who is now an MSNBC contributor, suggested that President Trump’s decision to order flags flown at half-staff to mourn the victims of the shootings in Texas and Ohio is tied to white supremacy.

Figliuzzi said: “The president said that we will fly our flags at half-mast until August 8th, that's 8/8. Now I'm not going to imply that he did this deliberately, but I am using it as an example of the ignorance of the adversary that's being demonstrated by the White House. The numbers 8/8 are very significant in neo-Nazi and white supremacy movement. Why? Because the letter “h” is the eighth letter of the alphabet – and to them, the numbers 88 together stand for ‘Heil Hitler.’

Then there’s Joe Scarborough, who tweeted that any business donating to Trump endorses white supremacy. Has anyone in politics ever put so many targets on so many backs over a personal grudge?

So as these people create a warlike fervor with heated rhetoric, I say "stay cool." Don’t feed their hostility, because to you and me, tragedies are to be mourned, not exploited.

At “The Five,” we come up with paths forward. We've examined the media and the community's role, and how to prevent the next attack if it’s possible. It’s not as exciting as painting bullseyes on half the country, or on your competition, but at least we can sleep at night.

Adapted from Greg Gutfeld’s monologue on "The Five" on August 7, 2019.