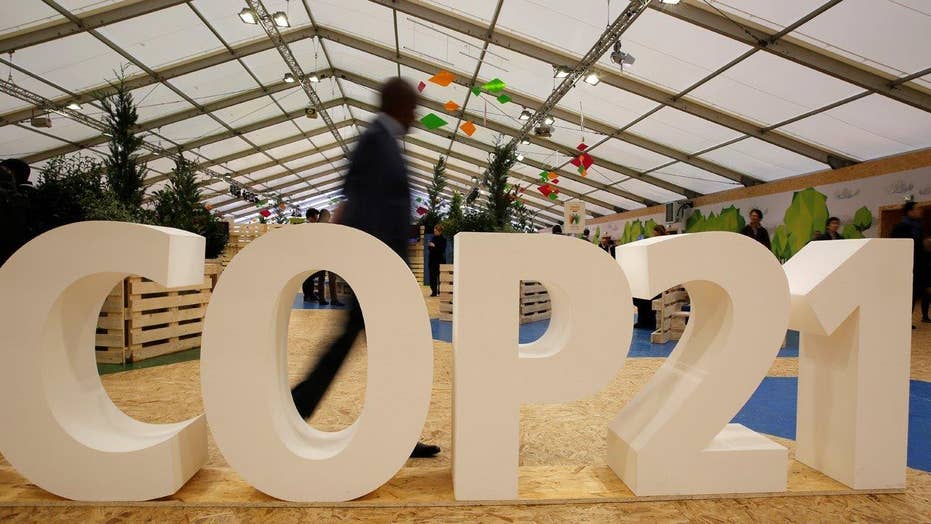 It was the best of times; it was the worst of times. A record number of world leaders gathered in Paris this month for the annual effort to craft a new international climate change agreement. Then they flew home, and the diplomats who remained are now attempting to achieve what has eluded climate change activists for so long.

This is a repeat of the scene from five years ago, when those activists descended upon Copenhagen with similar expectations. “Hopennagen,” they dubbed it, because of their belief that world events – and President Obama’s election – had finally produced a propitious time to negotiate a comprehensive climate change treaty.

Instead, the 2010 meeting ended as a dramatic failure, rescued only by a face-saving agreement crafted by Obama and Chinese President Hu Jintao to continue the process in future years.

Environmentalists have long derided the outcome at Copenhagen as a disaster for their cause; only former Secretary of State Hillary Clinton, speaking during a recent presidential debate, seems to view that meeting as a success.

The failed negotiations in Copenhagen and the significant progress that has occurred outside treaty process suggest that a comprehensive global agreement is both unnecessary and a distraction from the real work of reducing emissions, developing new technologies, and spurring green development in those parts of the world that need it most.

Now we are back in Paris, hoping that history does not repeat itself. But for that to happen, President Obama should not have flown to Paris. There are two other cities he should have visited instead.

First, he should have journeyed to Beijing. China and the United States are ranked numbers one and two in greenhouse gas emissions, accounting for nearly half of all emissions worldwide.

The once-touted Kyoto Protocol failed to require any emissions reductions from China (because it was viewed as a developing country) or the U.S. (because no President ever submitted that agreement to the Senate for ratification, in part because of China’s exemption).

Since then, Obama and his Chinese counterpart have announced several joint statements on their efforts to combat climate change. Their most recent statement trumpeted “the robust bilateral cooperation initiatives” that have resulted in “concrete progress” on such topics that support the achievement of ambitious domestic actions, the two sides smart grids, carbon capture, energy efficiency, and climate-smart/low-carbon cities.

This progress has resulted despite – or some may say because of – the lack of a sweeping international agreement of the sort that is being pursued in Paris.  Bilateral agreements between the U.S. and China promise more tangible progress toward reducing pollution than the elusive quest for an international agreement that inevitably must accommodate the desires of each of the nearly two hundred countries that are parties to the discussions.

The failed negotiations in Copenhagen and the significant progress that has occurred outside treaty process suggest that a comprehensive global agreement is both unnecessary and a distraction from the real work of reducing emissions, developing new technologies, and spurring green development in those parts of the world that need it most.

We can accomplish more by trying to accomplish less. Which brings us to the other city that President Obama should target.  It’s his hometown of Washington.

The president can only take those actions that the law authorizes. Unfortunately for his climate change agenda, the American people have elected a Congress that opposes that agenda ever since Obama took office. He is not alone in that predicament: most of the Chinese government’s actions against climate change have proceeded without legislative approval as well. But our government works differently than China’s. Only Congress can make our laws. Anything Obama does can be undone by his predecessors.

Washington, then, is where the real future of climate change actions lies. Not Paris.

Congress has been so stubborn in its response to climate change because the American people have been so divided about the priority that climate change deserves. It is only once the people agree that the law will change.

That system of governance, after all, is the world that we are trying to save.

Environmental law expert John Copeland Nagle, is a professor of law at the University of Notre Dame.