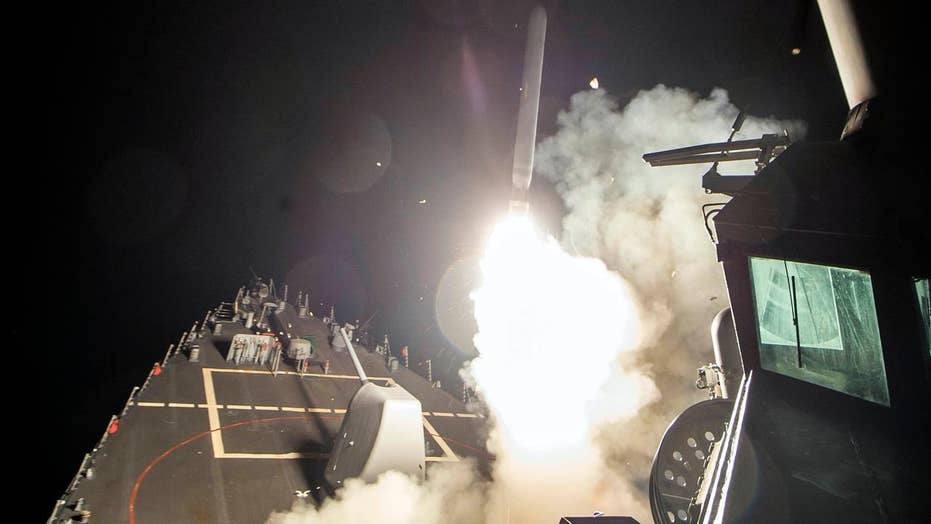 In late spring 2016, 12-year-old Ola died of starvation in Madaya, a small Syrian town that the regime of Bashar Al-assad has besieged since July 2015. Madaya has virtually no outside  to food, medical supplies, or other basic services.

Ola was not the first person there to starve to death. She is far from the last. In Madaya alone, 65 people have starved to death under the siege.

The international community has watched passively since then as many more civilians in Madaya and elsewhere succumbed to countless horrors, including sniper bullets, diseases unrelieved by medical care, and the most effective weapon of all, hunger.

To keep Madaya’s residents confined in a five square-mile area, some 12,000 landmines were planted around the town and 65 checkpoints established to make sure absolutely no food was allowed in. So far as medical treatment was concerned, the only facility in operation for all 40,000 residents is run by my organization, the Syrian American Medical Society (SAMS).

United Nations-sponsored attempts to deliver more than meager amounts of aid to the besieged town have been blocked by the Assad regime, and U.N. protests have changed little or nothing.

Madaya is a case study in the brutal strategy of the regime, which is summed up bluntly:  “starve or kneel.” An estimated 1 million Syrians are suffering under similar conditions around the shattered country. The overwhelming majority are besieged by the regime.

This horrifying situation is hardly new, and neither is our failure to stop it. In the process we are watching not only the death of countless innocents, but also the death of humanitarian law—the rules that are supposed to limit such atrocity, but instead reinforce and encourage it, when nothing is done to give that law meaning.

Instead, we brandish words.

In 2014, the U.N. Security Council expressed “grave alarm at the significant and rapid deterioration of the humanitarian situation in Syria, in particular the dire situation of hundreds of thousands of civilians trapped in besieged areas, most of whom are besieged by the Syrian armed forces and some by opposition groups, as well as the dire situation of over 3 million people in hard-to-reach areas, and [deplored] the difficulties in providing, and the failure to provide, access for the humanitarian assistance to all civilians in need inside Syria.”

Since then, there have been other U.N. resolutions—and many more people starving to death, or dying of treatable illnesses, or bleeding to death from illegal bombing attacks, or choking to death from bombs loaded with illegal poison gas.

Now, the brutal  “starve or kneel” policy is leading to a new round of atrocities.

Last week civilians from the so-called “Four Towns” lined up to board buses intended to evacuate them to Idlib and Homs. Not long after they got underway, buses carrying around 5,0000 evacuees from Foah and Kafrayya were hit by a bomb that killed more than 100 civilians and injured 275, including five paramedics.

The attack on the convoy happened at A-lRashdeen checkpoint where residents from Madaya were also awaiting the arrival of their relatives. Civilian casualties were from all four towns.

Thousands of Madaya residents, and their counterparts in Zabadani, are still going to be evacuated from their homes. But they are now headed to a destination that may be worse than what they are leaving behind--.a town that was not starved to death, but is only a few kilometers from the town of Khan Skeikhoun where more than 80 people were killed with gas containing the nerve poison sarin.

The U.S. bombing of an Assad air base in retaliation for that attack has done nothing to change the monstrous strategy of besiegement that now includes the forcible displacement of those on the verge of mass starvation.

”The use of starvation as a weapon in Syria is a war crime," then-U.N. Secretary-General Ban Ki-moon said in January 2016, after a limited number of U.N. convoys arrived in Syrian towns to deliver token amounts of food to malnourished residents.

Later that year, at the World Humanitarian Summit in Istanbul, I presented then-Secretary General Ban with a list of names of the first 100,000 victims of the war in Syria, and told him that victims wanted accountability for these heinous crimes against humanity.

He made it clear that in 2015 he attempted on a numerous occasions to advance these files to the International Criminal Court, but his efforts were aborted by the dysfunctionality of U.N. Security Council.

No crime should go unaccounted for. The next U.N. resolution should, at a minimum, refer Syria’s case to the International Criminal Court.

More passiveness from the international community will only lead to one thing: the continued suffering of the Syrian people. It's time for the world to take a stand once and for all.

Dr. Ahmad Tarakji, a cardio-thoracic surgeon in California, and former clinical assistant professor at Stanford University, is the President of the Syrian American Medical Society (SAMS), a non-profit, non-political professional and medical relief organization that provides assistance to Syrians.