Fresh from her obscenity-laced tirade against President Trump, Michigan Democrat Rashida Tlaib put out what appeared to be an anti-Semitic tweet. She suggested that Senate Republicans were more loyal to Israel than America.

This is the old "dual loyalty" slur on Jewish politicians. Ms. Tlaib is a Muslim of Palestinian descent. She wants a full boycott of Israel. Don't invest there, don’t buy Israeli products and impose sanctions. 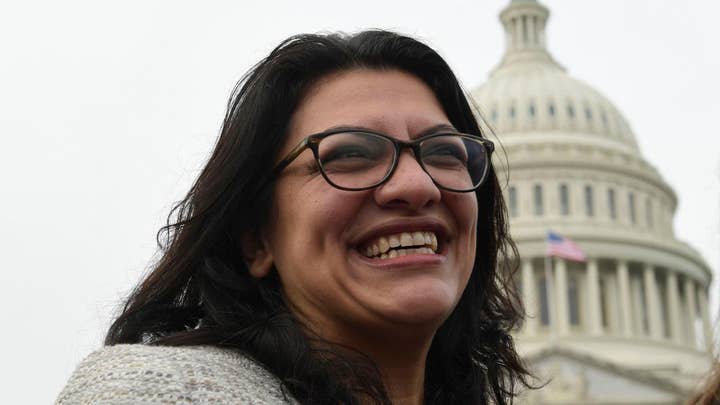 You are disloyal to America if you don't support this boycott movement.

It will not be easy for the Democrats to keep a high level of Jewish support, if the anti-Israel movement flourishes within the Democratic Party. Right now, the left is struggling to keep the party together. And there's more: Louis Farrakhan is a notorious anti-Semite. He has called Jews the "bloodsuckers of the black nation." The congressional black caucus has not repudiated him. In fact some black congressmen have held meetings with him, and coordinated on strategy.

Black voters are firmly in the Democrat camp, and so are Jewish voters. Can they stay together when the firebrands within the party are pulling them apart?

Adapted from Stuart Varney's My Take monologue on Fox Nation.