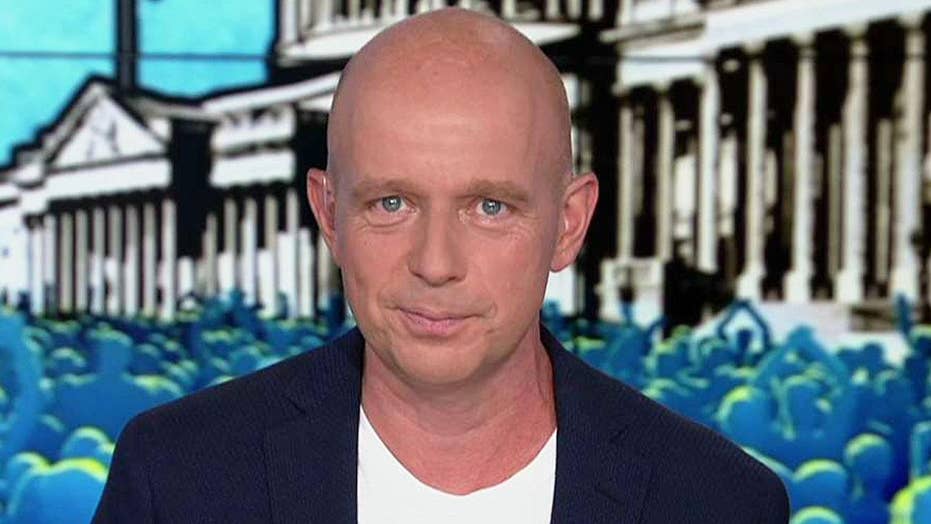 Are Democrats planning to use impeachment as a tool to defeat President Trump?

What exactly is this impeachment process and how will it unfold?

The Constitution gives Congress the power to remove a president before his or her term is up if enough lawmakers vote to say the president committed "treason, bribery, or other high crimes and misdemeanors." It starts with an investigation by the House Judiciary Committee, hearings are held, and a vote is taken. If a majority of the House agrees to a resolution, called "articles of impeachment," the president is technically "impeached" - something that's happened to two presidents, Andrew Johnson in 1868 and Bill Clinton in 1998.

But being impeached doesn't mean the president is immediately removed from office. Think of it as an indictment. What happens next is the trial. That takes place in the Senate, presided over by the chief justice of the Supreme Court. The House appoints "managers" to make its case, and the president has a legal team to make his.

TRUMP WANTS TO MEET WHISTLEBLOWER, SAYS SCHIFF MAY HAVE COMMITTED ‘FRAUD AND TREASON’

The Senate then votes - and needs a two-thirds majority to convict and remove the president from office. There are currently 47 Senate Democrats, so it would take at least 20 Republican votes to remove President Trump from office.

Ok, that's the official process. But what is all this really about?

Well, there's a Maya Angelou quote the Democrats are fond of when talking about President Trump: "When someone shows you who they are, believe them the first time."

They've been wanting to impeach Trump from practically the moment he was elected. Last Tuesday afternoon, Nancy Pelosi jumped on the bandwagon with a statement quoting Benjamin Franklin and Thomas Paine to try and bring some constitutional legitimacy. But earlier that day, she let slip the real motivation.

"What's more serious is that he can't win," she said.

There you have it. The "most serious" thing is stopping Donald Trump from being re-elected. It's not about the Constitution. It's about retribution. They hate Trump, can't believe he won in 2016, and are worried he'll win again in 2020. They lecture us about democracy and the rule of law but they're the ones who want to use non-democratic means to get rid of a democratically-elected president

This Ukraine story is just the latest pretext.  First, it was collusion, then obstruction. When none of that worked, they gave up for a few weeks. "Oh no!" they thought. We might have to try and beat him in an actual election.

The establishment's Trump hatred is not policy-based; it's class-based. They think he's vulgar. They mock him because he likes McDonald's.

But then, just in the nick of time, a whistleblower came along. And boy, were they excited. Rep. Jackie Speier, D-Calif., who's on the impeachment committee, said, "Frankly, this turned out to be a gift because it is so clear, so blatant and so corrupt."

"A gift!" So much for Speaker Nancy Pelosi's B.S. about how sad this all is.

We know - because they told us - that there's an organized group of unelected officials actively plotting against the elected president they're supposed to serve. We also know that this latest attempt to overturn the 2016 election was put into motion just as the Democrats were giving up on the Mueller report as the basis for impeachment.

Read the document he wrote. He comes across as what he is - a pompous, arrogant bureaucrat who's horrified by the idea that a political outsider could barge into his cozy ruling elite. Snooty establishment pearl-clutchers say it's outrageous to disparage this person. That would never have happened under President Obama. Can you imagine?

Well, yes -- if your name is Edward Snowden. When a whistleblower embarrasses Obama, he's vilified. But if he helps them get Trump, he's deified. What utter hypocrites and charlatans these Washington establishment types are!

Now, what about the alleged wrongdoing here?

There's no doubt President Trump talked about investigating Joe Biden with the Ukrainian president. The Democrats and the establishment are resting their case on the words: "I would like you to do us a favor." You can argue that the president might have been wiser to respond by saying, "You know what, that's getting into a political matter and we probably shouldn't talk about it."

But the idea that this call-- and the so-called whistleblower complaint about it-- is evidence that President Trump abused his office for personal gain, called a world leader to ask him to get dirt on his opponent, meddle in our election, and used American military aid as leverage to make him do it is a joke, a complete joke.

It's incredible to me that any serious person could take any of this seriously. And yet we see every Democrat spouting this obvious nonsense and almost every news anchor doing it. We even hear that if it was a secret ballot, at least 30 Republican senators would vote to convict President Trump and remove him from office, unbelievably, in a presidential election year

There is only one explanation for all of this: Class loyalty. Ruling class loyalty

For 50 years, a ruling class of Republicans and Democrats -- permanent officials in the government bureaucracy, big business bosses with their donations and lobbyists -- have run the world in their interests. Their ideology was based on globalism, with two key components--free trade, and open borders.

Globalism made the ruling class richer and working Americans poorer. If you're operating on a global, not just a national, scale, you can get much bigger and make much more money. If you open your borders, you can import as many new workers as you want and pay all of them less so your profit margins are higher

In 2016, America elected a president who stood against all that and has, exactly as he promised, started to turn it around. This is why they're defending Joe Biden so ferociously. Biden is the absolute epitome of the corrupt ruling class.

The ruling class act all outraged about foreign interference in our democracy, through election meddling. That's just not right, they scream. No. The right way to do it is to cut out the middleman-- don't waste time on stupid elections-- just have the foreign countries meddle directly in our government

Foreign governments interfere in our democracy every day in Washington through all the swampy techniques we've shown you over the years: hiring lawyers and lobbyists, funding think tanks, and putting former government officials' -- and current officials' relatives -- directly on their payroll. What total, disgusting hypocrites they are!

And of course, Joe Biden. Forget about the Ukraine corruption-- that's nothing. He took over a billion dollars in bribes from the Chinese government, America's number one adversary, in the form of payments to Biden family businesses in exchange for policy favors. #JoeChina

So spare us the sanctimonious bleating about foreign interference. Biden, Pelosi, Schumer, the whole rotten corrupt crew--you've been selling America to the highest foreign bidder for years--and yes, for personal gain. 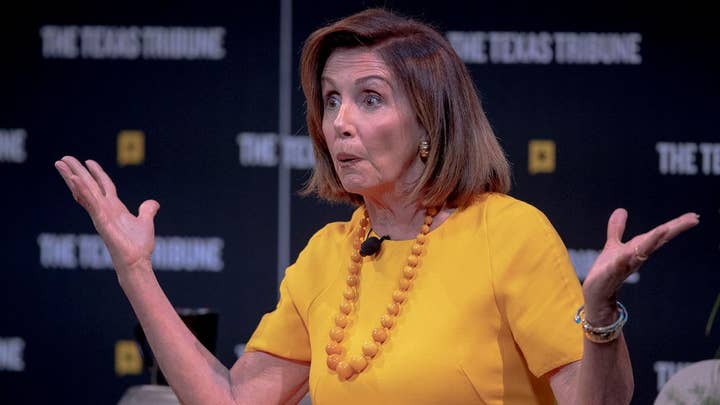 This is globalism in action. This is what America rejected in 2016. And the ruling class just can't stand it.

There's one more aspect to this on top of the economic devastation that globalism brought to working Americans and so many heartland communities. There's the cultural condescension, especially on the left, with their intolerance and hate and "woke-mania."

The ruling class looks down their noses at the very people who are the victims of their ideas. They sneer at their faith, even their food. The establishment's Trump hatred is not policy-based; it's class-based. They think he's vulgar. They mock him because he likes McDonald's.

The policy achievements--most notably the turnarounds on jobs and especially China--mean nothing to them. They just hate this peasants' revolt. That's why so many journalists are going along with this impeachment farce. They're part of the ruling class, too. They're desperate to fit in at Washington dinner parties. They crave approval on media Twitter.

The challenge to globalism, the class prejudice -- that's what the Trump impeachment is about. It is class war. We didn't start it -- the ruling class did. But we sure as hell are going to fight to the end for the populist revolution.

Adapted from Steve Hilton's monologue from "The Next Revolution" on Sept. 29, 2019.