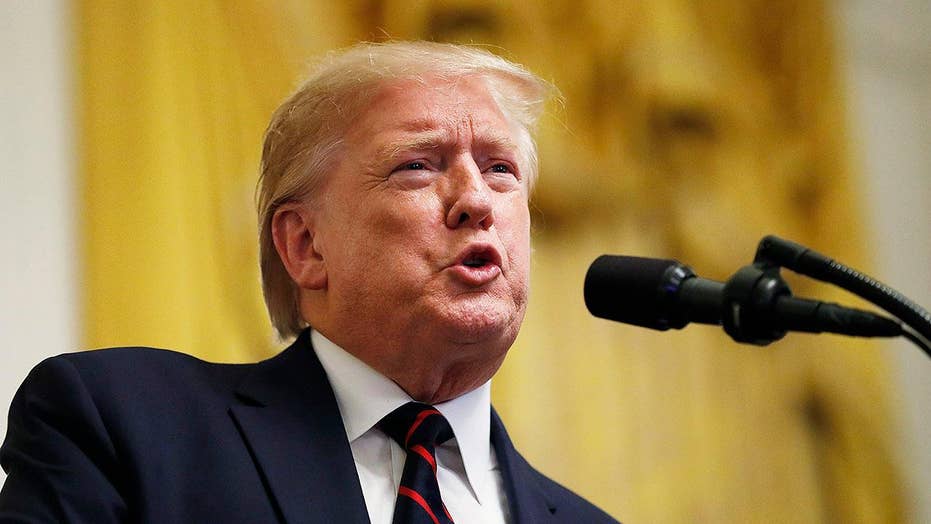 It would be understandable if President Trump wakes up troubled these days by four words bouncing around his head: "Loose lips sink ships."

Understandable — and advisable. The World War II warning against careless talk carries a personal meaning for the beleaguered president. ­Beset by a hostile media and a ruthless opposition party, Trump now must be careful about every word he says, privately and publicly.

The walls, including those in the White House, have ears.

That was demonstrated in spades last week, most dramatically by the allegations from a CIA officerthat Trump used a phone call with the president of Ukraine to solicit foreign help in the 2020 campaign. That allegation and others led to a fiery congressional hearing and spurred Democrats to quicken their pace toward impeachment.

A second instance of snooping made the “loose lips” point less sensationally but was still disturbing. Before he left the United Nations Thursday, Trump attended a private event to thank the new American ambassador, Kelly Craft, and her staff for their work during the General ­Assembly session.

We know he said that and more ­because someone at the event, maybe more than one person, secretly ­recorded his remarks, both audio and video, and promptly leaked them to the media.

When it comes to brickbats, Trump is perhaps the most battle-tested occupant the Oval Office has ever known, yet the two incidents demonstrate that the war against him has entered a vicious new phase. Efforts to end his presidency, one way or another, have reached a fever pitch, and Trump would be foolish to assume they will fail. His margin for error is approximately zero.