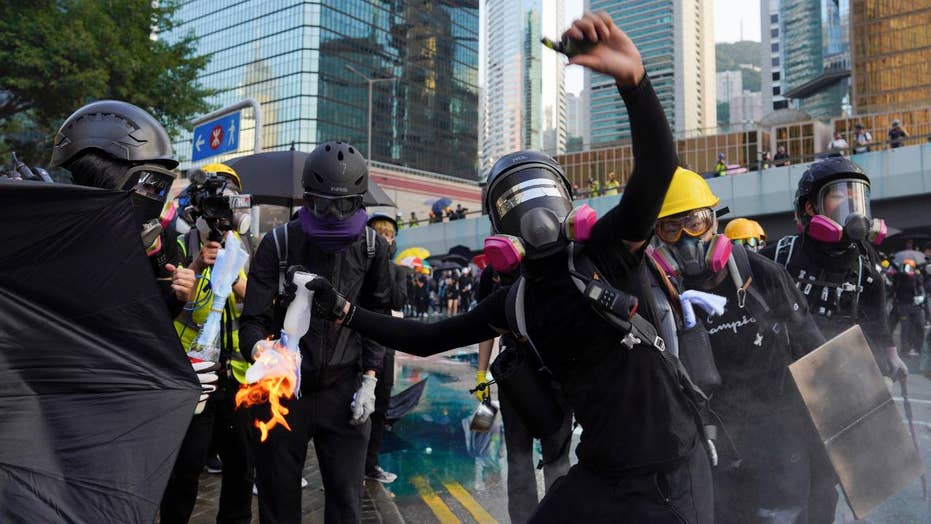 As military and national security leaders focus on the urgent situation in the Persian Gulf and debate how best to stop Iranian aggression, we are inevitably losing sight of another urgent problem — China. This fight is more consequential than our conflict with Iran and is approaching the existential realm.

China is challenging every aspect of our nation's life, from the security and economic spheres to the very political system our founders designed. Despite having so much at stake, this fight will rarely get the attention it deserves.

Let’s be clear: China is in hot pursuit of becoming the leading global economy, technological innovator and military superpower. None of this is inevitable, of course, but it will become a reality unless this important problem becomes an urgent one too.

In the security realm, China is reimagining high-end warfare with a state directed civil-military fusion that only a communist country could design. This system is driving technological dominance in areas such as artificial intelligence, space, cyber and hypersonics.

Our fight with China — or competition if you care to borrow the nomenclature of strategists and diplomats — covers every domain of warfare to include the land, sea, air, cyber and space. Each domain is a race where the Chinese are aggressively implementing cost-imposing strategies on our country aimed at arresting our strength and replacing the United States as the world’s most dominant military.

This is transforming not only traditional domains of warfare like the land, sea and air, but new domains where the U.S. was until recently the only player. For example, losing the race for space dominance poses a unique national security risk. Similar to artificial intelligence, China’s ambition to pass the U.S. in space-based capabilities has elevated space to a critical domain of war. As a further indicator of China’s technological progress, last December China became the first nation to land on the far side of the moon. (Meanwhile, many in the United States derided the creation of our military’s Space Force in 2018.)

China’s rapid advancement in space-based capabilities is just one example underscoring the imperative of fostering a robust U.S. innovation and industrial base to ensure innovation and capability in national security. Whether it be in space, cyber or artificial intelligence we need to ensure the United States has technological dominance in every domain of warfare.

This will require leveraging the best qualities of our system of government to rival the Chinese Communist Party’s civil-military fusion. The Pentagon, the aerospace industry and the technology sector will have to stop their zero-sum competition and increase collaboration. It’s clear the military needs commercial-sector innovation, some of which is resident outside the traditional defense industrial base.

While new technologies and new tech entrants are critical, we should avoid overstating the matter. Commercial innovation is just not the same as basic research. The type of innovation needed for 21st century warfare won’t magically appear when a big contract is awarded to an entity from Silicon Valley. It's going to take integration between our industrial and innovation bases.

To harness and integrate those technologies, the Pentagon and the aerospace sector need to take advantage of authorities Congress has granted them and maniacally manage its acquisition. This means aggressively enabling agile decision making to overcome the bureaucratic dysfunction that has plagued its acquisition process for decades.

While it’s popular to blame Congress, they are not the culprit here. In fact, there has been a bipartisan commitment to this issue by leaders like Senate Armed Services Committee Chairman Jim Inhofe, a Republican from Oklahoma, and House Armed Services Committee Chairman Adam Smith, a Democrat from Washington. For the latter half of the decade Congress passed scores of reform provisions, most of which the Pentagon has yet to utilize effectively.

The Pentagon deserves credit for recognizing the importance of this moment. Our national defense strategy rightly calls for strengthening our national security innovation base and integrating non-traditional players into the defense sector.

The strategy recognizes that military "modernization is not defined solely by hardware; it requires change in the ways we organize and employ forces." It challenges the Pentagon to "anticipate the implications of new technologies on the battlefield, rigorously define the military problems anticipated in future conflict, and foster a culture of experimentation and calculated risk-taking."

The test, of course, is whether we can execute this strategy. Policymakers should recognize that this isn’t just important priority, but urgent one too.

Roger Zakheim is the Director of the Ronald Reagan Institute in Washington, D.C.