On Monday, Alta Fixsler passed away after the government of the United Kingdom sentenced her to death. She committed no crime or wrongdoing. She was just 2 years old, innocent as could be. But Alta suffered from a severe hypoxic ischemic brain injury.

Doctors at the Royal Manchester Children’s Hospital Pediatric Intensive Care Unit in Manchester, United Kingdom, concluded that Alta’s life was not worth living. Her parents, both devout Hasidic Jews, objected to the decision since their faith requires them to protect and uphold the dignity of every life.

But the government decided that it has the power to decide if Alta’s life was worth living. A British High Court ignored the Fixslers’ wishes and upheld the doctors’ decision. When Alta’s parents appealed to the European Court of Human Rights, it too upheld the decision.

The High Court showed a complete disregard for the Fixslers’ Jewish faith, insisting, "Alta is not of an age, nor in a condition to have knowledge of and to adopt her parents’ values." Yet, according to Jewish culture, Alta was a member of the faith at conception. The government’s contempt for religious freedom and life itself is despicable.

And Alta did have a chance at life, just not in the United Kingdom. Both Israel and the United States offered to assess Alta’s state and provide treatment. Alta was not only a child of God; she was the daughter of an American citizen.

Her parents fought hard for relocation and secured a visa for Alta to come to the United States. But in an act of callousness, and for no discernible reason, the British and European courts denied her the opportunity to travel to America or Israel for continued care. Instead, they sentenced her to death.

The U.K.’s High Court of Justice was explicit, writing, "that there was a risk that, once [Alta] was transferred to Israel, the decision of the judge that her treatment should be withdrawn would be reversed, contrary to her best interests." In other words, the court deemed living was not in her best interest.

The stunning statement demonstrates the incredible foresight of America’s founders. The Declaration of Independence asserts, "We hold these truths to be self-evident, that all men are created equal, that they are endowed by their Creator with certain unalienable Rights, that among these are Life, Liberty and the pursuit of Happiness."

We often take for granted in America that our rights come from God, not man. Unfortunately, that self-evident truth is under increasing attack here at home.

The days when the Democratic Party wanted abortion to be "safe, legal and rare" are long gone.

In New York, former Gov. Andrew Cuomo signed legislation that allowed abortion throughout the duration of a pregnancy, regardless of whether the fetus is viable outside of the womb. In Virginia, House Democrats proposed legislation allowing abortions right until the last minute of a pregnancy. When discussing the bill, Gov. Ralph Northam casually described how it would allow a newborn infant to die on the hospital table. He then realized he had to clean up his infanticide endorsing comment, so he clarified that this would only happen in the case of an abnormality. An abnormality, like in the case of Alta. 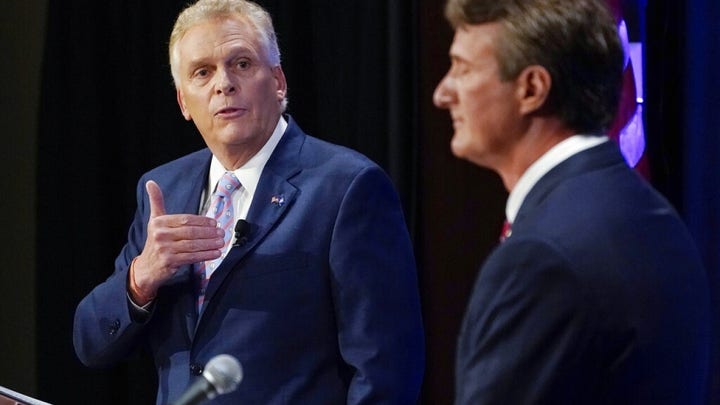 The days when the Democratic Party wanted abortion to be "safe, legal and rare" are long gone. Radical leftists now want abortion on demand without any restrictions. Yet, most Americans reject this kind of barbarism. In fact, just 13% support third trimester abortions.

I recognize that the abortion debate poses a serious dilemma; it puts the right of a woman to control her body in conflict with the right of her child to live. But I will always choose life. Not because it’s easy, but because it is right.

I pray that one day the right to life is respected throughout the world and extended to all of God’s people. And so I urge all Americans to stand for life. Not just for the unborn, but also for those at risk of losing theirs.

The United States was not given the chance to save Alta, but it can still save so many children like her: innocent, beautiful, full of God’s potential, but devalued in an often cruel and unsparing world.