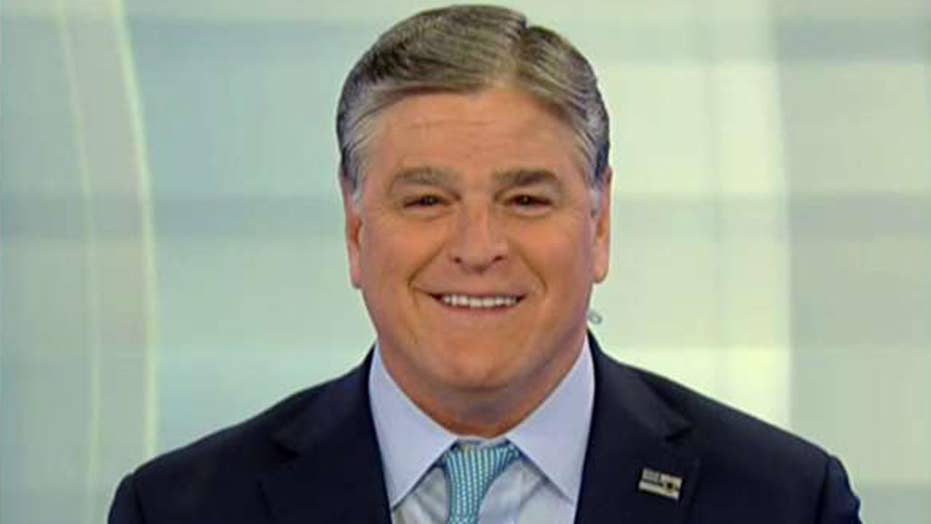 Hannity: The walls are closing in on James Comey

Like a false prophet of moral righteousness, James Comey, former FBI director is constantly pretending to be a courageous hero fighting for truth and justice. In reality, he is a hateful, vengeful, arrogant narcissist who abused power and fostered one of the most corrupt federal departments this country has ever seen. But we can report the walls are closing in on James Comey.

We have, yet, another major development in our "Hannity Watch" on the "Deep State." Former FBI general counsel James Baker, the man who served as Jim Comey's top lawyer, he, too, like others. is now criminal investigation for leaking to the media. And Baker has long faced scrutiny over his ties to "Mother Jones" reporter David Corn. Remember, Corn was the first journalist to report the existence of Christopher Steele's dirty dossier in the lead-up to the 2016 presidential election.

So, let's keep track of Comey's leadership at the FBI. You know, Mr. Integrity. Now, of course, we know Comey himself was fired by President Trump. His second in command, Andrew McCabe, was fired for lying. Andrew McCabe is now currently under a criminal investigation. Comey's top investigator, Peter Strzok, well, he was fired for his obvious political bias. He may soon be under criminal investigation, as well as his ex- girlfriend, top FBI lawyer Lisa Page. She was forced to resign over her bias.

Then have you Comey's chief of staff, James Rybicki, he has resigned. And now, we know Comey's general counsel Jim Baker now, we can report, under an official criminal investigation, for something Comey himself that he admitted to doing when he leaked the FBI memos about President Trump. Remember, to his professor friend at Columbia, and then to the New York Times for the very purpose of spurring a special counsel investigation, which coincidentally -- well, that's being carried out by Comey's close friend Robert Mueller. How nice.

So, what did all the people have in common? They all wanted Hillary Clinton to win, one of them 100 million to zero. They all hated -- and continue to hate -- Donald Trump. They all worked together to rig our political system and fix the outcome of the 2016 election by using their powerful top position -- not rank and file -- the top positions, the FBI and the DOJ, to help Hillary Clinton win, to cheat, to rig an election.

And as we now know, they had an emergency policy and a media leak strategy in case Clinton didn't win, 100 million to zero. And after James Comey was fired, top officials inside the FBI were angry. They acted out of that anger, malice, emotion. And without any evidence, no probable cause or reasonable suspicion, they ended up launching what was a partisan investigation into the President of the United States, with a wild conspiracy accusing the president of working with Vladimir Putin to fire Comey because Russia told him to do it. No evidence.

Now, this brings us to a "Hannity" history lesson. Glenn Greenwald recently pointed out that the FBI in their investigation into Donald Trump used eerily similar tactics to those pioneered by J. Edgar Hoover. Hoover served as an FBI director for many decades, and he became infamous for his aggressive investigation into Americans who he suspected had ties to the Soviet Union. Hoover even suspected FDR's vice president, Henry Wallace. He conducted a lengthy probe and surveillance simply because Hoover disagreed with Wallace's policy.

The FBI should never be in the business of investigating political differences or policy decisions. They shouldn't be lashing out because of personal opinions that they have. The 99 percent of FBI field agents of rank-and-file do their jobs. They investigate crimes and criminals. Not politics, not policy, and especially not launching a counterintelligence investigation into a duly elected president with zero evidence because you don't like him.

On Tuesday, William Barr, President Trump's pick to be our next attorney general, faced his first day of confirmation hearings on the Hill. Sen. Lindsey Graham grilled him about whether or not he would investigate the FBI's baseless, corrupt investigation into President Trump. "Mr. Chairman. I think there were a number of investigations as I understand it going on in the department," Barr said.

That's a good sign, that William Barr cares about equal justice, equal application of our laws and says he will serve as a fair attorney general. Mr. Barr, there are no shortage of corrupt Trump haters to investigate and many with a lot of power that they have abuse. No shortage of crimes here.

We're going to begin to lay out a road map of corruption for the new attorney general to investigate. Fox News' Gregg Jarrett has compiled a comprehensive list. We're going to start with FISA abuse. That is lying to a FISA court. That is committing a fraud against a court to get a warrant to spy on a Trump campaign associate using Hillary Clinton's bought and paid for phony dossier that was full of Russian lies.

James Comey, Andrew McCabe, Sally Yates, Rod Rosenstein all likely committed fraud on a FISA court by presenting Hillary Clinton's dirty dossier as unbiased, verified evidence, when reality, it was never verified, never corroborated and full of Russian lies. And they never told the courts that it was bought and paid for by Hillary Clinton.

That's a good sign, that William Barr cares about equal justice, equal application of our laws and says he will serve as a fair attorney general. Mr. Barr, there are no shortage of corrupt Trump haters to investigate and many with a lot of power that they have abuse. No shortage of crimes here.

Next up, Mr. Barr, if you get this job, you need to look into the theft and leaking of government documents. Now, Jim Comey obviously committed a serious crime when he intentionally leaked his FBI memos about his conversations with the president. It's important to also look at abuse of power charges that would be applied to many of the same names: Comey, McCabe, Strzok, all fired. Lisa Page, resigned and shamed. Bruce Ohr, demoted twice - he should have been fired. All using their high positions in our federal government to persecute those they disagreed with politically. All trying to get Hillary Clinton get elected and then having an insurance policy, and a media leak strategy if, in fact, Donald Trump did win.

Let's not forget about lying to the FBI. After all, this crime shouldn't only apply an American war hero like General Flynn and Trump campaign staffer like George Papadopoulos, who just spent two weeks in jail for nothing. Andrew McCabe was literally fired over that charge. Is he going to receive the same treatment as General Flynn and be prosecuted? 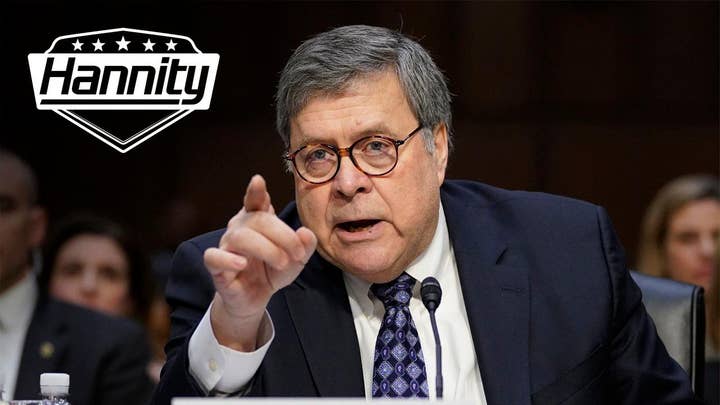 Now, the DOJ also will need to tackle the unauthorized leaks. We now know that James Baker is already facing a criminal investigation over this charge. But so, too are we going to look at John Brennan and James Clapper? What about Susan Rice? And what about Samantha Powers? Shouldn't they be investigated over the massive amount of names that they unmasked while serving in the final year of the Obama administration?

And because of James Comey's biased investigation into Hillary Clinton and exoneration before an investigation, there's an obvious violation of the Espionage Act. Mr. Barr must also revisit Hillary Clinton's various crimes, like, deleting subpoenaed emails and deleting your hard drive and washing it with BleachBit and busting up devices and ripping out SIM cards.

Adapted from Sean Hannity's monologue from "Hannity" on January 15, 2019.