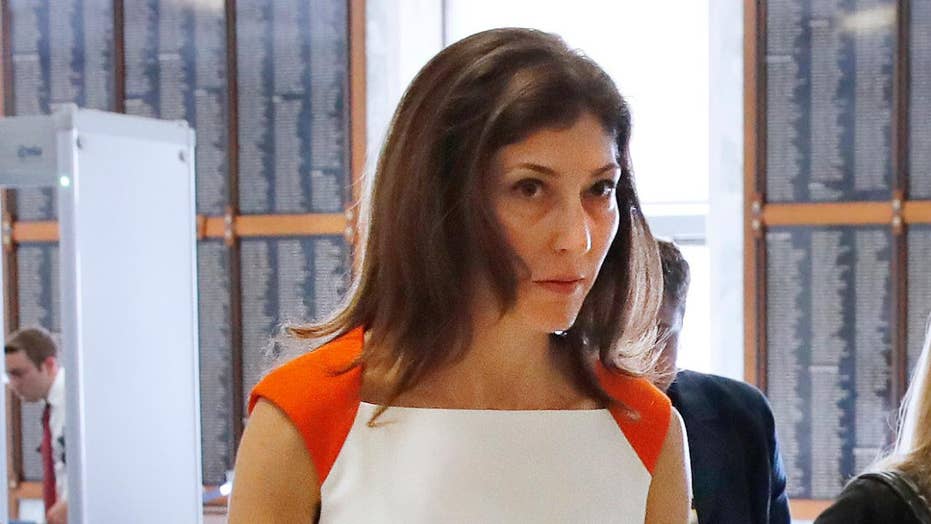 More than nine months after the FBI opened its highly classified counterintelligence investigation into alleged coordination between the Trump campaign and Russia, FBI lawyer Lisa Page said investigators still could not say whether there was collusion, according to a transcript of Page's recent closed-door deposition reviewed by Fox News.

"I think this represents that even as far as May 2017, we still couldn't answer the question," Page said.

Page was responding to Republican Rep. John Ratcliffe of Texas, who wanted more information about a May 2017 text where Page, and her then colleague and lover FBI agent Peter Strzok discussed the merits of joining Special Counsel Robert Mueller's team.
Page sat for the transcribed interview before the House Judiciary and Oversight committees in mid-July as part of a joint congressional investigation into the Justice Department's handling of the Russia and Clinton email probes.

According to the transcript, Page stopped mid-answer."...sorry. Can I consult with counsel? I'm sorry. I need to consult with FBI counsel for a moment."

"I cannot provide the specifics of a confidential interview," Ratcliffe told Fox News when asked for comment. "But I can say that Lisa Page left me with the impression, based on her own words, that the lead investigator of the Russian collusion case, Peter Strzok, had found no evidence of collusion after nearly a year."

"Lisa Page left me with the impression, based on her own words, that the lead investigator of the Russian collusion case, Peter Strzok, had found no evidence of collusion after nearly a year."

The May 18, 2017, text was highlighted by Inspector General Michael E. Horowitz in his recent report about the handling of the Clinton email probe by the FBI and the Justice Department. The day after Special Counsel Robert Mueller's appointment to the Russia probe on May 17, Strzok and Page discussed whether Strzok should join Mueller's team.

"Who gives a f*ck, one more A(ssistant) D(irector)...(versus) (a)n investigation leading to impeachment?" Strzok texted on May 18, according to the IG report. Strzok later continues, "...you and I both know the odds are nothing. If I thought it was likely I'd be there no question. I hesitate in part because of my gut sense and concern there's no big there there."

The transcript shows Ratcliffe read the text exchange nearly verbatim to Page, and asked her to explain it, specifically if the lead investigator on the Russia collusion case, agent Strzok believed "the odds were nothing and that he had a concern that there was no big there there regarding any collusion..."

Page said: "No, I don't think so. I think it's a reflection of us still not knowing...It still existed in the scope of possibility that there would be literally nothing, probably not nothing nothing, as we probably knew more than that by that point. But in the scheme of the possible outcomes, the most serious one obviously being crimes serious enough to warrant impeachment; but on the other scale that, you know, maybe an unwitting person was, in fact, involved in the release of information, but it didn't ultimately touch any senior, you know, people in the administration or on the campaign. And so the text just sort of reflects that spectrum."

During the deposition, Page said she was not trying to be "cagey," but that there were restrictions on what she could reveal. "I'm not supposed to talk about the sufficiency of evidence, so that's why I am weighing my words carefully."

Page continued: "Investigations are fluid, right? And so at various times, leads are promising and leads fade away. And so I can't -- I can't answer more his sentiment with respect to this particular text, but certainly at this point the case had been ongoing. We didn't have an answer. That's obvious. And I think we all sort of went back and forth about like what -- what the answer was really going to be."

May 2017 is a key month because FBI DIrector James Comey was fired by President Trump and Mueller was designated special counsel. In August, Deputy Attorney General Rod Rosenstein, who appointed Mueller, wrote the still-secret "scope memo" spelling out the boundaries for the special counsel investigation.

The texts, and Page's response, congressional sources said, raise significant questions about the probe's predicate and whether by the summer of 2017 it had largely shifted to an obstruction case, not Russia collusion.

Fox News asked Page's lawyer to comment on the congressman's assessment of the deposition, but there was no immediate response.

When Horowitz asked Strzok about the “no big there there” text, Strzok said: "My question (was) about whether or not this represented a large, coordinated conspiracy or not. And from that, as I looked at what would give me professional fulfillment, what I thought would be the best use of my skills and talents for the FBI and for the United States, whether to take, which path to take."