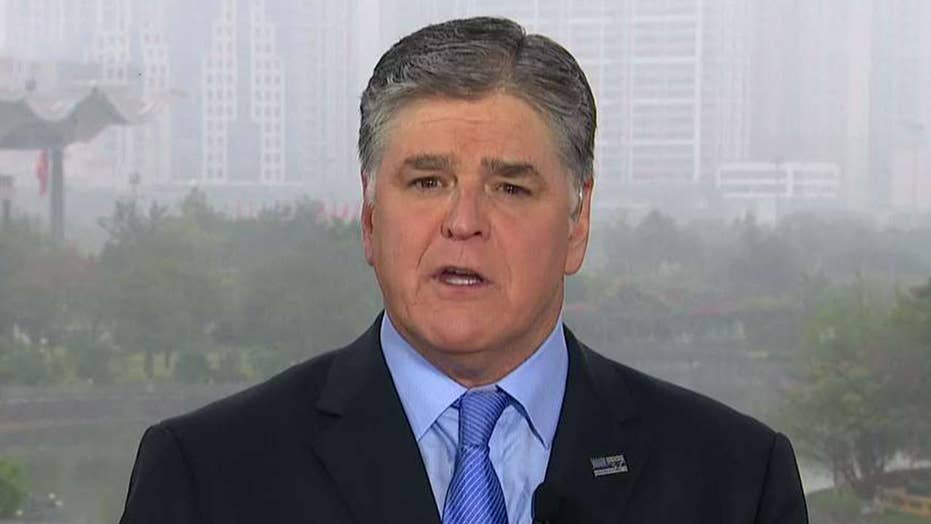 Hannity: Cohen testimony is just for Democrats to embarrass the president

I want you to remember what happened on Wednesday. What took place is a defining moment both in Vietnam and back in Washington in American politics. Because what we witnessed were two radically, distinctly different agendas that have been now laid bare for all to see. At the very same moment, a historic summit with the president of the United States, who traveled 20-plus hours to Vietnam for a second summit negotiating a safer world for our kids and our grandkids.

What were the Democrats in Washington doing? They purposely scheduled and hauled in Michael Cohen for an the entire day of televised testimony. Why? Just to embarrass the president they have this psychotic hate for.

On the very day President Trump holds this historic, high-stakes summit --  the denuclearization of the Korean peninsula, no more rockets being fired all over that part of the world, no more threats to America, to Guam -- House Democrats had a more important agenda. They wanted to embarrass the president while he was in negotiations and put on a circus, a spectacle in Washington, D.C.

So, I want you to just embrace the magnitude of this, this moment, because Democrats clearly showed their true colors. This should have been a day no red, no blue, no conservative, no liberal, no Republican or Democrat. It's should have been about safety and security for all of us.

You know what? If a rocket hits some country and innocent people die, well, we could have stopped it. Because we now have clear evidence revealing exactly what Democrats care about and what they don't care about. Make no mistake about this. Safety and security of we -- you the people -- is certainly not at the top of their list.

What we saw in Hanoi was an American leader fighting to make the world a better, safer place. What we saw in Washington, all day on Wednesday, nonstop, was the Democratic Party, a hyperventilating, hysterical media, putting politics over country with a political charade designed to just embarrass and trash the president while he represents our country abroad.

They could have put off these Cohen hearings until the next week. Instead, this insatiable hatred of the president, it now consumes all of their actions, all of their thoughts, every second, every minute, every hour, of every day, of every month, and frankly, every year since 2015, when Donald Trump came down that escalator in Trump Tower.

What we saw in Hanoi was an American leader fighting to make the world a better, safer place. What we saw in Washington, all day on Wednesday, nonstop, was the Democratic Party, a hyperventilating, hysterical media, putting politics over country with a political charade designed to just embarrass and trash the president while he represents our country abroad. I thought politics stopped at the, you know, border's edge, right? No.

That's why the House Oversight Committee called on Michael Cohen, who was convicted of lying to Congress, to once again testify now before Congress. And it was just petty, partisan politics. It was a circus.

Here's the problem. Democrats don't care one bit about Michael Cohen and his family, not at all. They were the ones calling him every name in the book until fairly recently. Now, as a result of their partisan hatred of Trump, they may have put him in further legal jeopardy with the Southern District of New York that seemed pretty mad at him already, on issues involving inconsistencies. 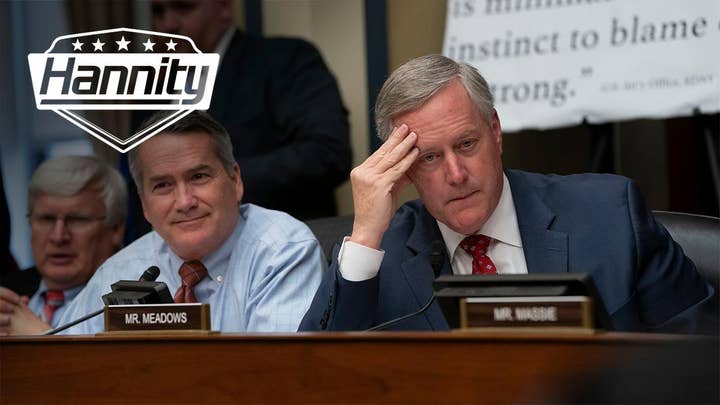 For nearly seven hours under oath at the request of House Democrats, Michael Cohen was, frankly, used by Democrats on this historic day to advance what is now a psychotic hate-Trump mob that exists in this country. Yet during all the testimony, we saw no evidence of Trump/Russia collusion, we saw no evidence of crimes committed by the president. Nothing. In fact, Michael Cohen himself actually shot down some of the hate Trump media mob's favorite conspiracies. I'm sure this is hurting them a little.

Without a doubt, Michael Cohen has been through a lot. He pled guilty to multiple felonies. He's lost his law license. He's now facing three years in prison. There was absolutely nothing for him to gain from Wednesday's political theater. But that's no concern to the radical far left Democratic Party, the ones that are so compassionate. They're willing to smear, slander, besmirch anybody, at any place, at any time.

Adapted from Sean Hannity's monologue from "Hannity" on February 27, 2019.