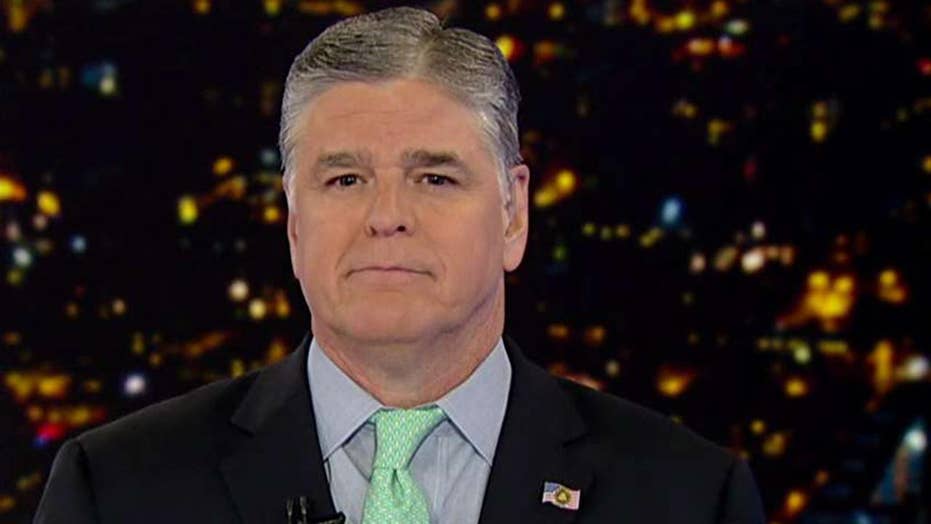 Hannity: Day of reckoning is coming for the deep state

An avalanche is coming. It will destroy any credibility - if there's any remaining - of the tinfoil hat conspiracy theorists and the rage media mob in this country, along with their allies in the Democratic hate-Trump left. And to those who have abused power inside and outside of government, you are about to face the justice that many of you deserve.

What will be made public in the coming days and weeks, beyond the Mueller report, will prove correct the reporting and investigation that have gone on on "Hannity" for over two years. It will confirm all the investigative reporting on the show from our ensemble team. It will prove that we have been accurate and correct all along while the media mob and the Democratic mob have lied to you repeatedly for two and a half years.

This is just a short list of what will soon be made public. Criminal referrals this week by Devin Nunes. Attorney General William Barr pledging an investigation of the FBI's Russia investigation of President Trump -- this has been long overdue. Inspector General Michael Horowitz's report on FISA abuse, the report on the issue of leaking classified information, and of course, the release of more closed-door testimony, thanks to Congressman Doug Collins.

Also, FISA applications, Gang of Eight materials -- they are all coming out. And also, the Ukraine deal, which is surfacing, that has so much evidence that goes right to the doorstep of Joe Biden. This will all come cascading down on all these bad actors and drown all of those people that have abused their power.

And everyone in the media mob got it wrong. So now, they are shifting to new conspiracy theories. We want Donald Trump's taxes. Oh, maybe the attorney general is covering up major, phantom crimes hidden deep within the special counsel's full report. The president obstructed justice, even though the attorney general and deputy attorney general said, no, it did not happen.

And, by the way, Rachel Maddow, the leader of this tinfoil hat conspiracy brigade, and others are once again lying to their viewers and hyping a pack of twisted lies. The Washington Post and The New York Times are not much different, once again pushing articles based on hearsay from anonymous sources. The left is demanding that the full report be released immediately.

But the attorney general testified that the full report will be released within a week. No request for executive privilege by the president has been made, the only reactions were applied based on strict, legal guidelines. They don't want to give away sources and methods. They are not allowed to leak or give out grand jury information -- that's against the law.

President Trump has nothing to hide. The same can't be said for the high-ranking FBI and DOJ officials, just the upper echelon, responsible for the witch hunt against the Trump campaign. The major news came Tuesday when  Attorney General Barr vowed to hold them accountable. This is key in what the Hill's John Solomon called, "the single sentence Russia bombshell" that Barr delivered to Congress that very few in the media picked up on. 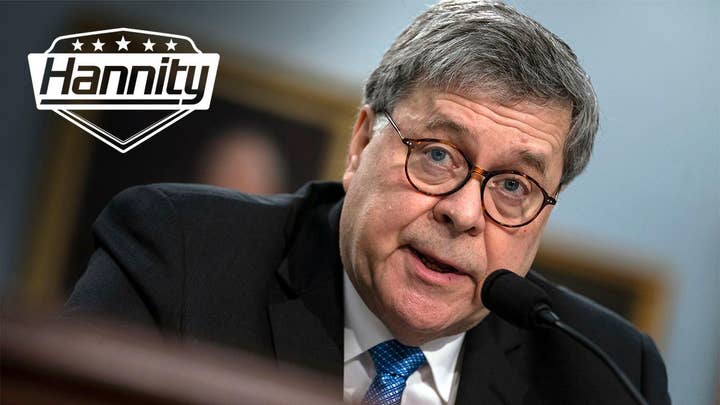 Barr said the following: "The Office of the Inspector General has a pending investigation of the FISA process in the Russian investigation. And I expect that that will be complete in -- probably, in May or June, I am told. More generally, I am reviewing the conduct of the investigation and trying to get my arms around all of the aspects of the counterintelligence investigation that was conducted during the summer of 2016."

Reportedly, Barr will form a team to review the FBI's actions during the so-called phony collusion probe. The pendulum is swinging. The boomerang is now headed right back to the top, the Deep State actors. They will all be held accountable. Mark my words: Criminal indictments are coming.

Adapted from Sean Hannity's monologue from "Hannity" on April 9, 2019.