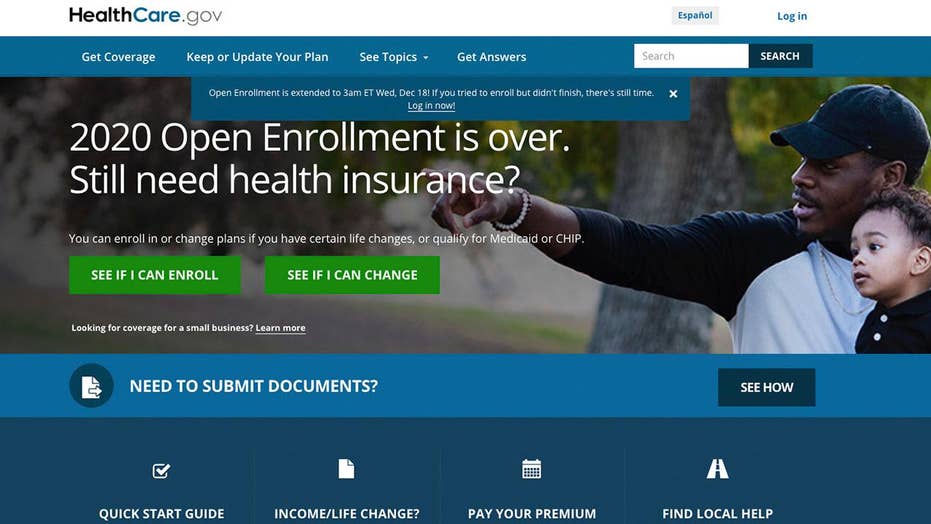 The decision opens the door to another possible Supreme Court battle over the Affordable Care Act; Doug McKelway reports from Washington.

ObamaCare’s much-hated requirement that every American carry health insurance or pay a penalty was ruled unconstitutional Wednesday in a 2-1 decision by the 5th U.S. Circuit Court of Appeals. That’s the right decision on a badly flawed law – but it won’t change anything for months or more likely years as the case continues to slowly wind its way through the courts.

The big question facing the courts – which will be decided eventually by the U.S. Supreme Court – is whether the rest of ObamaCare can survive without what’s known as the individual mandate that everyone get health insurance.

While most Americans get health insurance from their employers, or through Medicare or Medicaid, people not covered in one of these ways are now faced with the choice of buying health insurance or going without it.

Congress earlier removed the penalty originally included in ObamaCare for people who don’t get health insurance. But it would be wrong for Congress and the Trump administration to simply sit back and wait for the Supreme Court to make a final determination on the fate of ObamaCare before acting to improve our health insurance system.

The American people deserve relief from the excesses of ObamaCare now. Democrats and Republicans need to work together – despite the battle over the impeachment of President Trump that has increased their divisions – to better meet the health care needs of the American people.

The appeals court decision handed down Wednesday was a victory for the 18 states challenging the individual mandate – but an incomplete one. The appeals court remanded the case to the U.S. District Court of the Northern District of Texas for further consideration.

While the case is stuck in the courts, people who just signed up for health insurance coverage through the ObamaCare exchanges will still have that coverage in 2020. The law’s subsidies, Medicaid expansion, and guarantee of coverage for those with preexisting conditions remain in place.

Also remaining are the high costs, limited insurance options, and narrow networks that have been hallmarks of ObamaCare since it became law on March 23, 2010. Only Congress can address these problems and undo the damage ObamaCare has wrought on the U.S. health care market.

The case before the appeals court originated in February 2018, when a group of Republican-led states argued that the individual mandate was no longer constitutional because Congress had zeroed out the tax penalty for refusing to comply as part of the Tax Cuts and Jobs Act of 2017.

The Supreme Court declared the individual mandate constitutional back in 2012. Chief Justice John Roberts wrote for the majority: “The Affordable Care Act's requirement that certain individuals pay a financial penalty for not obtaining health insurance may reasonably be characterized as a tax. Because the Constitution permits such a tax, it is not our role to forbid it, or to pass upon its wisdom or fairness.”

The Republican-led states used that reasoning as a jumping-off point for their case. How can a tax that collects no revenue – as a result of action by Congress – be a tax? And if the mandate is no longer a tax, isn’t Chief Justice Roberts’ argument defending it no longer valid?

U.S. District Judge Reed O’Connor agreed with the red states’ argument – and declared the entirety of ObamaCare unconstitutional in December 2018.

The case is back on Judge O’Connor’s desk in part because the nominal defendant – the Trump administration – has changed its position on the law.

In the district court, the U.S. Justice Department argued that only parts of ObamaCare should come down if the individual mandate was ruled unconstitutional. Earlier this year, before the 5th U.S.  Circuit Court of Appeals, the administration said the entire law should fall with the mandate – but just in the plaintiff states.

So the appeals court has directed the district court to revisit whether the mandate is severable from the rest of ObamaCare – and whether the ruling should apply solely in the plaintiff states.

ObamaCare’s defenders have promised to take the case all the way to the U.S. Supreme Court. We won’t know until 2020 – or perhaps even 2021 – whether the nine justices will save the law again.

At that point, the entire issue may be moot. The Democrats running for president believe ObamaCare didn’t give the government enough control over our health care system.

The Democratic “moderates” want to create a public health insurance option to compete against private plans. The Democratic progressives would like to ban private health coverage and force all Americans into a single, government-run plan – the radical overhaul of our health insurance sector known as “Medicare-for-all.”

There’s little daylight between the two approaches. Both would result in the elimination of private insurance. Both would require massive tax increases. Both would consign people to long waits for lower-quality care. And both would sap medical innovation, resulting in fewer new cures.

There are better ways to expand access to affordable coverage post-ObamaCare. For example, the Trump administration has permitted the sale of cheap short-term health insurance plans that do not have to comply with the 10 costly Essential Health Benefits under ObamaCare. Such plans offer a viable alternative to expensive health exchange coverage by extending the maximum duration of such insurance policies to one year and allowing for up to three years of renewals.

The Trump administration is also encouraging states to apply for waivers from ObamaCare’s stringent rules.

Risk-stabilization programs have proved particularly promising. These efforts allow states to combine federal money earmarked for premium subsidies with state funds to pay claims for exchange enrollees with high medical bills. Taking these high-cost claims out of the risk pool can lead to lower premiums for everyone else.

The seven states that have implemented such programs saw their premiums decline more than 7 percent between 2018 and 2019. In the other 44 states, premiums increased by 3 percent.

All Americans need health care, regardless of their political preferences. Lawmakers and the Trump administration need to examine pragmatic and cost-effective ways to meet our health care needs without boosting government spending by trillions of dollars as some Democratic presidential candidates advocate, while addressing the serious shortcomings of ObamaCare.