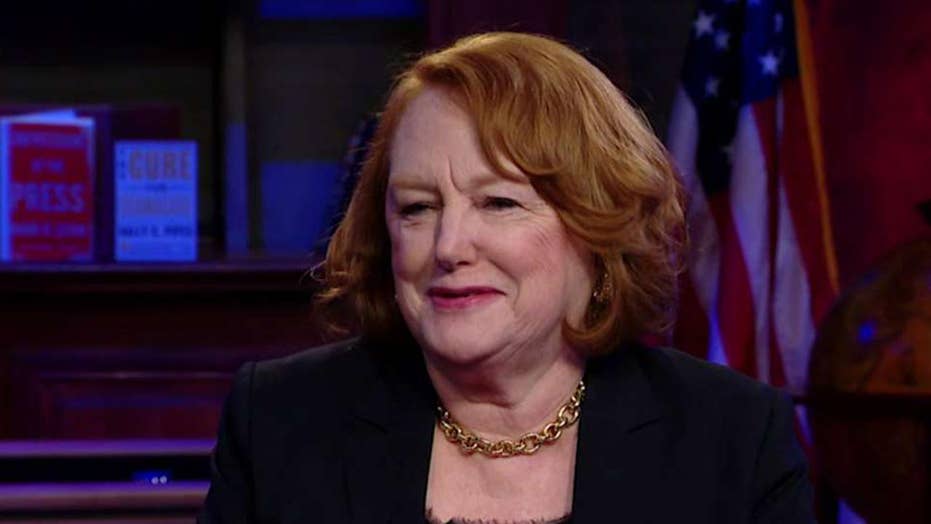 Democratic presidential candidates Sens. Bernie Sanders and Elizabeth Warren want you to believe Canada’s health care system is a dream come true. And they want to make the dream even better with their “Medicare-for-all” plans. Don’t believe them.

In truth, Canada's system of socialized medicine is actually a nightmare. It has left hospitals overcrowded, understaffed and unable to treat some patients. Americans would face the same dismal reality if Canadian-style "Medicare-for-all" takes root here.

Canada's health care system is the model for the "Medicare-for-all" plan that both Sanders, I-Vt., and Warren, D-Mass., embrace.

WHY THE PRESS WAS BLIND TO WARREN’S MEDICARE BLUNDER

North of the border, all residents have taxpayer-funded, comprehensive health coverage. In theory, they can walk into any hospital or doctor's office and get the care they need, without a co-pay or deductible.

Who could possibly object to all that free care?

Well, politicians in Canada object. They say even their country can’t do what Sanders and Warren want because all this free care would cost too much and cause other problems.

But for Sanders and Warren, money is no object. They can just raise taxes as higher and higher and higher. And the huge tax increases needed to fund “Medicare-for all” would hit us all – there aren’t enough millionaires and billionaires to foot the bill.

It’s true that everyone in Canada has health coverage. But that coverage doesn't always secure care. According to the Fraser Institute, a Canadian think tank, patients waited a median of nearly 20 weeks to receive specialist treatment after referral by a general practitioner in 2018. That's more than double the wait patients faced 25 years ago.

In Nova Scotia, patients faced a median total wait time of 34 weeks. More than 6 percent of the province's population was waiting for treatment in 2018.

Waiting for care is perhaps better than not being able to seek it at all. The hospital emergency department in Annapolis Royal in Nova Scotia recently announced that it would simply close on Tuesdays and Thursdays. There aren't enough doctors available to staff the facility.

Canadians can't escape waits like these unless they leave the country and pay out of pocket for health care abroad. Private health insurance is illegal in Canada.

For the past decade, Dr. Brian Day, an orthopedic surgeon who runs the private Cambie Surgery Centre in British Columbia, has tried to offer Canadians a way out of the waits by expanding patient access to private clinics. He's been battling his home province in court for a decade to essentially grant patients the ability to pay providers directly for speedier care.

During closing arguments in Day's trial before the British Columbia Supreme Court at the end of November, Dr. Roland Orfaly of the British Columbia Anesthesiologists' Society testified that over 300 patients in the province died waiting for surgery from 2015 to 2016 because of a shortage of anesthesiologists. And that was in just one of the province's five regional health authorities!

Shortages of crucial medical personnel and equipment are common throughout Canada. The country has fewer than three doctors for every 1,000 residents. That puts it 26th among 28 countries with universal health coverage schemes. If current trends continue, the country will be short 60,000 full-time nurses in just three years.

In 2018, Canada had less than 16 CT scanners for every million people. The United States, by comparison, had nearly 45 per million.

These shortages, combined with long waits, can lead to incredible suffering.

In 2017, one British Columbia woman who was struggling to breathe sought treatment in an overcrowded emergency room. She was given a shot of morphine and sent home. She died two days later.

That same year, a Halifax, Nova Scotia, man dying of pancreatic cancer was left in a cold hallway for six hours when doctors couldn't find him a bed. Yes, people must sometimes be treated on hallway floors because of severe overcrowding.

In fact, some Canadian hospital emergency rooms look like they belong in poverty-stricken Third World countries.

WBUR Radio, Boston’s NPR station, documented these terrible conditions in a story about a hospital in Nova Scotia earlier this month.

Americans who find the promise of free health care difficult to resist would do well to take a hard look north.

Sure, “Medicare-for-all” as pitched by Sanders and Warren sounds good. But the reality is far from what these two far-left candidates are promising. Like a drug that helps you in one way but causes even more serious problems, “Medicare-for-all” has dangerous side effects that can be hazardous to your health.