Democrats are engaged in a nationwide effort to delegitimize American elections. Republicans are fighting back.

The left’s latest assault on election integrity comes in the form of S.1, the Senate’s version of Nancy Pelosi’s H.R. 1.

The bill is nothing more than a partisan power grab which aims to federalize elections by trampling on states’ ability to set their own election laws. The last thing America needs is for Washington, D.C. bureaucrats to micromanage our democratic process. But that’s what the left wants: they know that they can’t win with their out-of-touch policies, so they’ve committed to rigging the rules of the game.

Democrats refer to their federal takeover election bill as the "For the People Act." Nothing could be further from the truth.

MANCHIN BREAKS FROM DEMS ON S1 ELECTION BILL: 'WRONG PIECE OF LEGISLATION' TO UNITE US

This bill is for politicians, not the people, and its laundry list of left-wing lunacy is far outside of the mainstream. It would force states to allow partisan ballot trafficking, opening the door for paid operatives to interfere with your ballot’s chain of custody.

The proposed legislation also aims to cynically leverage the COVID-19 emergency by permanently expanding flawed mail-in voting procedures initiated ahead of the 2020 election. 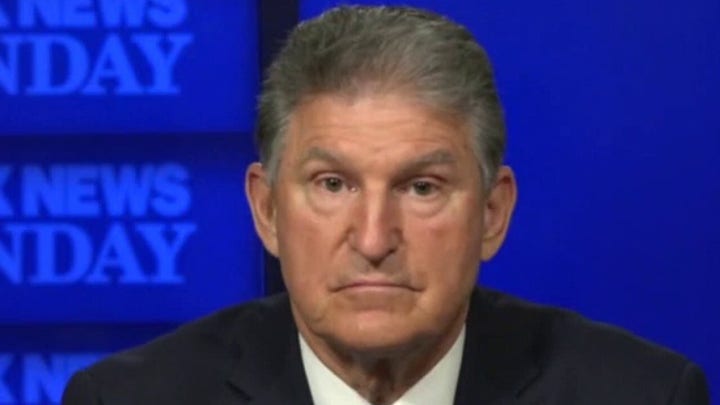 S. 1 would eviscerate common-sense voter ID laws, despite a strong majority of Americans supporting voter ID requirements. Either Democrats are unaware that Americans oppose their radical retooling of basic election safeguards or they don’t care. It’s hard to say which is worse.

Election officials sounded the alarm about the dangers posed by this power grab. Twenty state Attorneys General signed a letter denouncing the bill’s seizure of state and local authority. Sixteen Secretaries of State called H.R. 1 a "dangerous overreach by the federal government into the administration of elections." Most concerning: More than 130 advocacy organizations and non-profit leaders said H.R. 1 would "dramatically alter the First Amendment protections that Americans have enjoyed since the founding of our country."

Democrats seem to be getting the message that their flawed bill is dead on arrival. Now, they’re floating a new proposal known as H.R. 4. They’re trying to sell it as a compromise.

Once again, that’s just political spin: H.R. 4 is just as dangerous as H.R. 1. It has the same fundamental aim which is to strip states and localities of their right to administer their local elections in favor of inefficient, overreaching federal control.

H.R. 4 would penalize states for enacting widely supported voter ID requirements and give the U.S. Attorney General an unprecedented and unilateral veto power over important state integrity provisions such as voter ID and even the most mundane of election changes such as relocating polling places.

This is a concerted effort to undermine local expertise and authority, and Americans just don’t support it: in fact, 68% of voters believe that state legislatures should decide the voting rules and regulations for their state. By a 33 point margin, American voters believe that voting in their area is "easy" and want the main objective of any reforms to focus on making sure elections are "fair and free of voter fraud."

As Democrats attack the integrity of our democratic republic, Republicans are fighting back at every turn. This year, the Republican National Committee (RNC) has intervened in 12 lawsuits – seven in Georgia, four in Florida, and one in Iowa – to defend recently enacted election laws from Democrat schemes.

The RNC has invested millions in an Election Integrity Operation which aims to protect the sanctity of the democratic process.

We’re committed to this fight because nothing is more important than the security of your ballot. Whether they’re pushing bad legislation or filing frivolous lawsuits to attack the election process, Democrats will fail in their assault on election integrity.