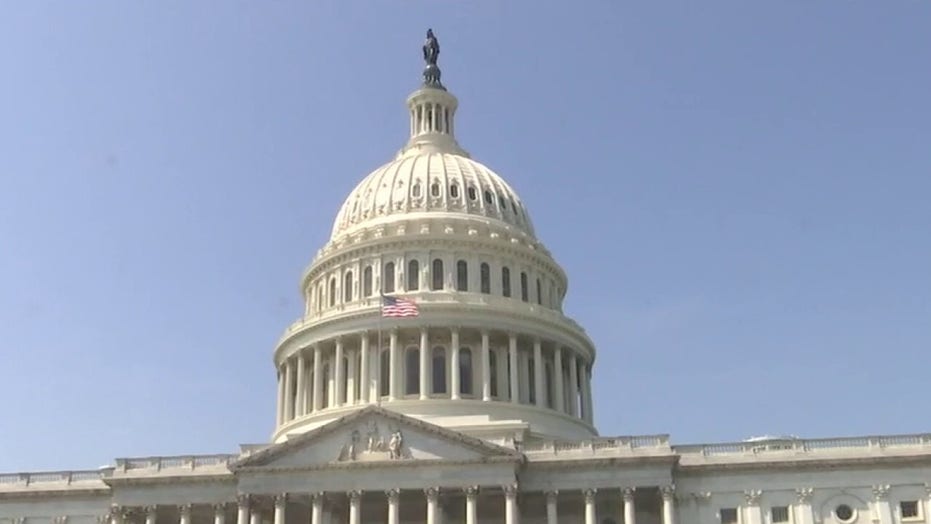 The coronavirus crisis has forced all Americans to ask the question: what are the essential and non-essential things in our lives?

Amid this debate, as Americans struggle to survive the shutdown and as our country struggles to avoid a prolonged recession, it is odd that Congress, through its actions, would openly declare itself nonessential. Congress has, after all, not congressed in any meaningful sense for over two months.

During this time the largest spending bill in American history passed without amendments or a recorded vote. Last week Speaker Nancy Pelosi, D-Calif., passed a rule allowing Congress to stay out of session until mid-July and a proxy voting proposal that would undo centuries of precedent and allow the speaker to pass legislation with less than 25 out of 435 members present.

AVELLA AND DUGAN: GEORGIA VS. CORONAVIRUS — THESE PRINCIPLES OF DEMOCRACY MADE ALL THE DIFFERENCE

In other words, approximately 5 percent of the members of Congress are essential and the rest of us are nonessential.

These developments should not come as a surprise. They are essentially the culmination of decades of dereliction of constitutional duty by Congress. We have gone from the Framers fearing that the legislature would necessarily predominate and suck everything into its impetuous vortex to the current situation where Congress has decided, like a character in the film "Office Space," that it is not going to quit, it is just going to stop going to work.

What little power remains in the increasingly powerless institution is in the hands of an increasingly small number of people at the top of the legislative hierarchy. As I wrote two years ago reflecting on my first term in Congress: “I have come to believe that the problem (with Congress) is not the people. The problem is a defective process and a power structure that, whichever party is in charge, funnels all power to leadership and stifles debate and initiative within the ranks…

“Leadership determines which bills come to the floor for a vote, leadership chooses loyal committee chairs so as to ensure that bills opposed by special interests will be killed in committee, and in the event that problematic amendments do make it to the House floor, the Rules Committee — an organ of the speaker — kills them off. The legislation that does pass tends to come in last-second omnibus bills that legislators have no chance to read, let alone debate and amend.”

Two years later, the problem has gotten even worse. House Democratic leadership no longer need to rely on such subtle tactics to stifle debate and force rank-and-file members to cast up or down votes on multi-trillion dollar legislative packages: they now can simply keep us outside of Washington, D.C., and call a few of us back whenever the speaker needs their votes.

How do we fix Congress? A good start would be to end the vacation and reconvene in person,

President Obama said last weekend, “This pandemic has fully, finally torn back the curtain on the idea that so many of the folks in charge don’t know what they’re doing. A lot of them aren’t even pretending to be in charge.” I assume he was talking about Congress under Pelosi’s leadership. If so, I have to say what I don’t often say: I agree with President Obama.

I know some conservatives might be tempted to think Congress’ inability to pass laws is a net positive. Yet the opposite is true. A feckless Congress further empowers unelected and unaccountable bureaucrats in the executive branch and activist judges in the judicial branch. A weak Congress passing complex, unreadable, 1,000-page bills written by a small group of staffers empowers special interests and fortifies the status quo against meaningful reform.

A functional Congress is, in other words, essential. It is essential now more than ever.

At a time when we are rapidly spending trillions of dollars that we do not have to combat coronavirus, Congress has to do oversight to ensure this money is having a positive impact.

As we ramp up domestic manufacturing of PPE, it will require legislation passed by Congress to strengthen our medical supply chains and thereby wean America off of our dangerous dependency on cheap Chinese goods.

As we confront relentless Chinese Communist Party propaganda, Congress must come together and figure out a foundation for winning this New Cold War.

How do we fix Congress? A good start would be to end the vacation and reconvene in person, for at least two weeks, so that we can start to do our committee work, which cannot be done by proxy. This should in turn lead to an enduring change in the congressional schedule, where we end this foolish practice of flying in and out of town each week for meaningless votes.

While we are at it, Democrats should join the newly launched China Task Force so Congress can reassert its role U.S. foreign policy and send a strong signal of support to our friends in Taiwan, Hong Kong and Xinjiang suffering from coercion and oppression by the Chinese Communist Party.

It would also be a good idea to drain the pesky swamp that seems to just get swampier. Eventually this means we will need a complete overhaul and simplification of the budget committee and appropriations process. But for now, let’s start small with a simple prohibition on former members of Congress lobbying on behalf of foreign entities.

As we emerge from the coronavirus crisis, Congress must reclaim its rightful constitutional authority. Nothing could be more essential.