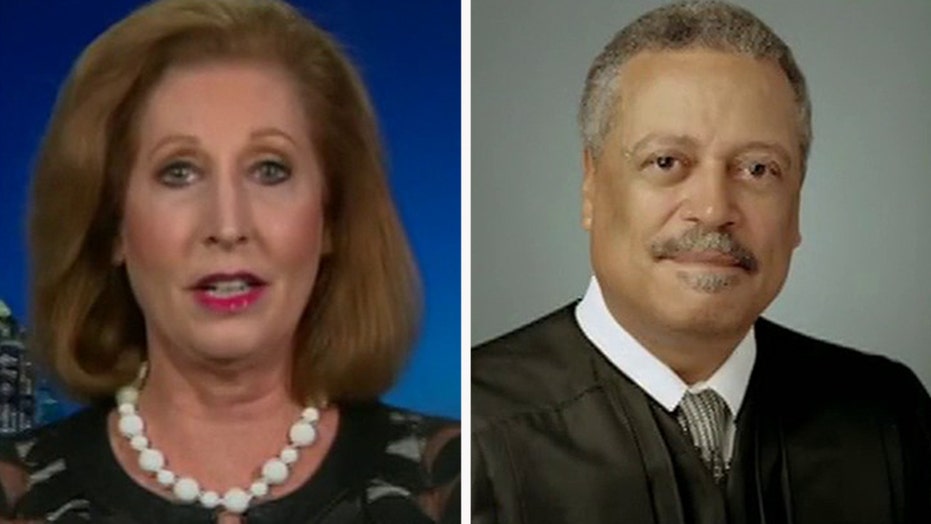 On Tuesday, she filed a writ of mandamus asking the U.S. Court of Appeals for the District of Columbia to order Sullivan to grant the Justice Department’s motion to dismiss the case against her client, Gen. Michael Flynn.

The Court of Appeals should issue that order and override Sullivan’s unprecedented and, frankly, bizarre behavior in opening up the criminal prosecution of Flynn to input from outside parties and appointing John Gleeson, a former federal prosecutor and retired federal judge (who recently penned an op-ed attacking the Justice Department), to argue against the department’s motion.

Gleeson has even told Sullivan that he may need to engage in “additional factual development.” In other words, a nonparty, private lawyer is making the astounding proposal that he be given the powers of a government prosecutor.

The Justice Department moved to dismiss the charges against Flynn after an internal investigation revealed troubling information about the prosecution. The department concluded that it could not prove its case to a jury beyond a reasonable doubt.

The department has now determined that the FBI had no evidence justifying an interview of Flynn in the first place. That interview resulted in the claim that Flynn “lied” to the FBI. A valid prosecution would require that the alleged lie be “material” to an investigation. Since there was no legitimate basis for an investigation, the “materiality” requirement could not be met.

Rather than try to respond to the procedural nightmare Sullivan has created, Powell is now trying to go over his head.

So what is a writ of mandamus? It is a request that a higher court order a lower court to perform its duty properly. The power of mandamus is given to federal appellate courts by The All Writs Act (28 U.S.C. § 1651). As a Justice Department manual on court procedures notes: “Mandamus is an extraordinary remedy, which should only be used in exceptional circumstances of peculiar emergency or public importance.”

In Cheney v. U.S. District Court for the District of Columbia (2004), the Supreme Court established three conditions that Flynn – or any other petitioner – must meet before a writ can be granted:

Powell makes a strong case that this matter meets all of those requirements.

Powell also argues that Judge Sullivan’s behavior in the case “reveal[s] a deep-seated antagonism” toward Flynn.

Powell argues that by refusing to grant the government’s motion to dismiss, Sullivan has “exceeded” his authority, “egregiously abused” his discretion, and is defying precedents of both the D.C. Circuit and the Supreme Court. That includes a 2016 decision, U.S. v. Fokker Servs., in which the Court of Appeals said that the power of a district court judge like Sullivan is “narrow” and circumscribed when the government requests the dismissal of a prosecution.

That power is limited to ensuring that government prosecutors are not engaging in harassment by repeated prosecutions – dismissing a case only to refile it again later against the same defendant. Here, it appears that it is the judge who is engaging in possible harassment, not the prosecution. The Court of Appeals specifically said in Fokker that a judge can’t deny a motion to dismiss a prosecution just because the judge “has a disagreement with the prosecution’s” decision.

Moreover, Powell points out that, by opening up the case to third parties to file amicus briefs and appointing a retired judge to argue against the government, Sullivan is acting in direct defiance of another Supreme Court decision issued less than two weeks ago.

In U.S. v. Sineneng-Smith, a unanimous court chastised (and vacated a ruling by) the Ninth Circuit for engaging in similar behavior, opening up a criminal case to third parties to file amicus briefs and instructing them to address an issue that had not been raised by either the government or the defendant in the case.

Powell also argues that Sullivan’s behavior in the case “reveal[s] a deep-seated antagonism” toward Flynn. At Flynn’s initial sentencing hearing, she notes, Sullivan “publicly berated” Flynn, although the government had reassured the judge that Flynn had given them “substantial cooperation.” The judge, she writes, “suggested [Flynn] may have committed ‘treason,’ asserted that he had ‘sold [his] country out,’ and expressed ‘disdain’ and ‘disgust’ for General Flynn’s conduct – flat wrong on crucial facts of the case.”

Powell argues that these criticisms “even uttered in private conversation,” would be grounds for Sullivan to recuse himself from the case. Saying “them to the world” makes “fair judgment impossible.”

This is the United States, not France or one of the handful of other countries where the roles of prosecutors and judges are combined. As Powell correctly argues, our Constitution places the law enforcement and prosecutorial functions in the executive branch, not the judicial branch. Sullivan has “disregarded the constitutional imperative of a ‘case and controversy’ and the ‘separation of powers’ that invest the power to prosecute solely in the executive branch.” He has “no authority to adopt the role of prosecutor or change the issues in the case by inviting or appointing amici to perform the investigation or prosecution that the court deems appropriate.”

Powell summarizes Sullivan’s errant behavior by using Chief Justice John Roberts’ well-known baseball analogy: "This is an umpire who has decided to steal public attention from the players and focus it on himself. He wants to pitch, bat, run bases and play shortstop. In truth, he is way out in left field.”

Powell not only asks the Court of Appeals to order Sullivan to dismiss the prosecution, but she also asks the court to assign another judge to the case for any final proceedings that may occur: “one who has not implied that [Flynn] is a traitor.”

The interests of fundamental fairness and the objective, nonpartisan administration of justice favor the Court of Appeals granting both of those requests.