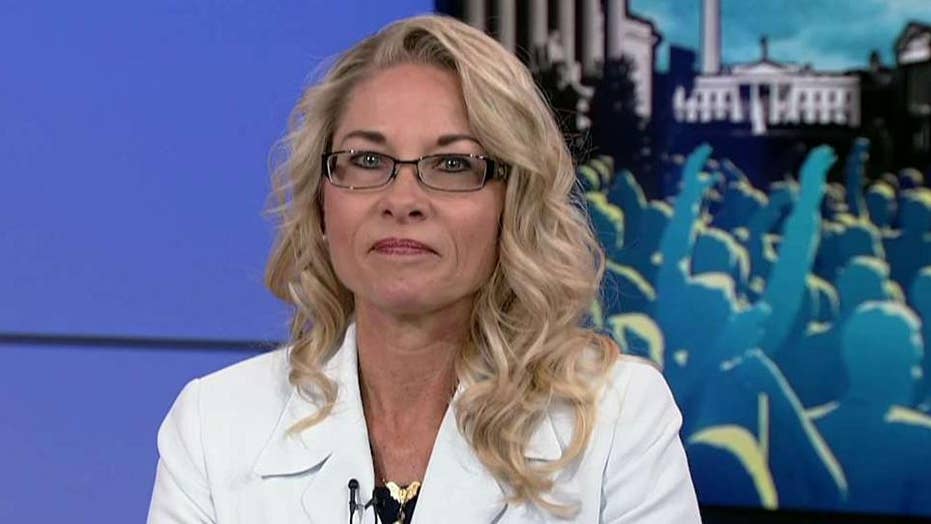 The leaders of both national teachers’ unions used their title and position — representing you! — to voice support for impeachment efforts against the president of the United States.

A statement issued by Randi Weingarten, president of the American Federation of Teachers (AFT), said, “Donald Trump has undermined the rule of law ... and held in contempt the very institutions on which our republic was built.” She also accused a sitting president of “crimes against the country he swore to protect” and conducting a “near-constant assault” on our democracy.

The NEA and AFT, which rake in billions in tax-free dues each year, are supposed to be concerned about educator pay, protections, health and retirement benefits. Instead, they use the money of teachers devoted to kindness and teamwork to promote divisive politics.

Unions have worked feverishly to overthrow our president since the day he was elected without concern for the resulting national trauma or division caused by subverting an elected leader. Not to mention, millions of union members voted for the president.

In reality, government unions are the ones waging a constant assault on our institutions, rule of law and free republic.

Union leaders are so bent on destroying our duly elected president, they urged PTA parents to pull their children from school to protest President Trump’s inauguration.

I personally witnessed this disturbing scene. I’ve also watched as angry union activist “teachers” parade around in #NotMyPresident shirts while flipping off President Trump on camera and encouraging children to flip him off too.

Children as young as kindergarten were indoctrinated to believe our president is a racist for desiring to protect our borders. The children created posters during class which depicted President Trump as the devil. They wrote things like “suck” and included pictures of poop to describe their feelings about our president. Then while union drums were beating, the kids abandoned learning to fill picket lines while yelling: “Who do we hate? Donald Trump!” and, “You build the wall. We tear it down!”

I’ve been a teacher my entire life, so I’ll say what needs to be said. Teaching children these behaviors is profoundly immoral and a dereliction of duty.

My teacher colleagues and I hold dear the virtues we teach our students: to respect authority, to be gracious and kind and to live by the Golden Rule. We don’t believe in teaching children to “hate,” to defy authority, or to tear things down in willful defiance. Those behaviors are destructive, lead to anarchy, and are antithetical to learning and a free republic.

So, fellow teachers, have you ever questioned why the unions undermine our authority and the virtues we cherish? Ever considered why unions promote crass disobedience in children? Their intrusions into our classrooms and use of our money for any political agenda is 100 percent out of their jurisdiction, so why do we keep allowing them to “represent” us?

Labor unions should stick to their mission and butt out of our classrooms! Our schools are not for brainwashing children to march under the banner of one political agenda. Teachers aim to unleash children’s ability to think critically and live responsibly.

But unions refuse to butt out because unfettered access to America’s kids is what they desire, and the tax-free billions teachers pay in annual dues provide lucrative funding for the unions’ leftist politicians and causes.

I’m deeply grieved that labor unions have degraded my beloved teaching profession and are indoctrinating children in crass behaviors, disrespect toward authority, and the systematic dismantling of our hard-fought freedoms.

The unions’ partisan politics are so extreme that they regularly squash teacher-supported resolutions which seek to do things like re-dedicate the NEA to “the pursuit of increased student learning,” and “quality education.”

If the NEA is what it claims to be, a professional association for educators, why does it defeat teacher-inspired ideas while adopting hundreds of business items promoting things like lenient discipline policies which bring danger to classrooms, and the boycotting of businesses that refuse to kowtow to leftist ideology?

Why are unions even speaking into politics at all? Because the unions are really the funding and organizing arm of a radical socialist infiltration of our republic.

Unions are the wizard behind the curtain of the dangerous leftist assault on our values and rule of law. As long as unions are permitted to exist in our schools and public institutions, our children will be pawns for that socialist agenda, and every freedom-loving American will be vulnerable to attack.

This is the real “existential threat” to our country.

I’m deeply grieved that labor unions have degraded my beloved profession and are indoctrinating children in crass behaviors, disrespect toward authority, and the systematic dismantling of our hard-fought freedoms.

Therefore, I agree with one thing Weingarten said, “Truth and transparency are the strongest disinfectants of all.” She’s exactly right — only it’s America that needs to be decontaminated from the dirty influence of unions.

That’s why we teachers are pulling back the curtains on socialist infiltrators masquerading as “unions” and “educators.” We’re praying the light we shine will fully expose their deceitful practices.