Former Acting DNI Grenell warns 'China is coming for us'

Former Acting DNI Richard Grenell says the U.S. has to make changes to how it deals with the China cybersecurity 'crisis' facing the country.

One of the greatest national security challenges threatening America is the danger of a war with communist China over Taiwan.

After President Joe Biden’s disastrous surrender to the Taliban in Afghanistan – in which he didn’t consult or even inform our allies – the importance of supporting Taiwan’s independence is greater than ever. America’s failure to keep our 42-year public commitment to Taiwan would be devastating. It would shatter America’s reputation as a reliable nation, and countries around the world would become more likely to accommodate the Chinese Communist Party.

Our entire global alliance system would collapse. The shift to a communist China-dominated international system would be immediate. Mao Zedong’s 1956 comment that America was, "a paper tiger. Outwardly a tiger, it is made of paper, unable to withstand the wind and the rain" would prove to be prophetic. It is impossible to hold together a global coalition if the central power is a paper tiger.

The threat to Taiwan is real and could come sooner than people expect. Chinese Communist Party leaders have produced a wave of threatening articles and speeches about retaking Taiwan. The nearly 150 military aircraft that flew near Taiwanese air space this month are signs of Beijing’s growing desperation to conquer what it regards as a breakaway province.

American support for Taiwan has been a continuing irritant to the communist dictatorship. From its perspective, Taiwan is the 19th province of China. Its leaders are seeking to "reunify" the country.

Despite Xi’s words, Taiwan sees itself as increasingly distinct from mainland China – even though a large percentage (about 26 percent) of Taiwan’s trade is with the mainland. Furthermore some 2.7 million mainland Chinese visited Taiwan the year before the COVID-19 outbreak. The Taiwanese people have a growing economy, a robust democracy, freedom of the press, and no desire to follow Hong Kong into the Communist totalitarian dictatorship.

First, as the Chinese Communist economy decays under Xi’s severe totalitarian crackdown, Xi could be pushed to decide conquering Taiwan would feed nationalist pride and strengthen the dictatorship.

Second, China’s constant, aggressive probing of Taiwan could lead to a mistake or overreaction which simply escalates into a major war.

It is a vital American interest to avoid war in the Taiwan Straits while ensuring the independence of Taiwan.

In every recent major war game involving China, the United States ends up losing or having to use nuclear weapons. Senior admirals have spoken out repeatedly about our inability to defeat China with the current force structure. 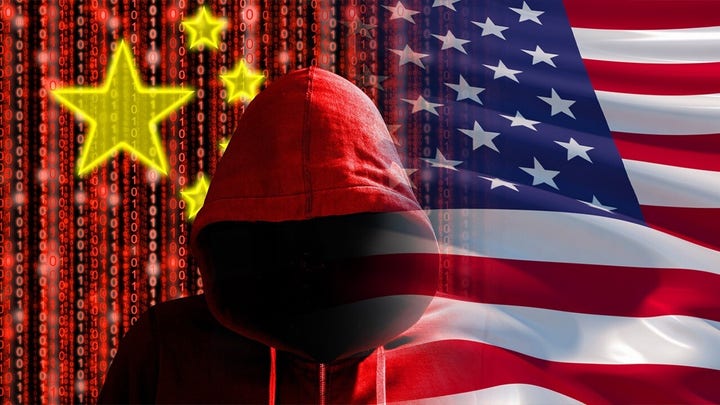 To avoid war, we must prepare for it diligently and thoroughly. As President George Washington said in his first annual address to Congress on Jan. 8, 1790: "To be prepared for war is one of the most effectual means of preserving peace." Washington was echoing Roman Gen. Vegetius, who said in the fourth century "If you want peace, prepare for war."

The key is to develop a powerful, fully prepared Taiwan which is so formidable it would be hopeless for China to try to conquer it. Adm. James Stavridis described this as turning Taiwan into a porcupine. Specifically, former National Security Adviser Robert O’Brien and Alex Gray recently wrote for The Wall Street Journal, the U.S. and European allies should provide Taiwan with anti-ship weapons, air-dropped sea mines, and shoulder fired missile launchers.

If a thoroughly armed Taiwan was integrated into Japanese, American, and Australian military capabilities, crossing the 140-mile Taiwan Strait would become prohibitively expensive to Communist China. Remember: even at the peak of his power, Adolph Hitler did not attempt to cross the 20-mile wide English Channel. The Taiwan Strait is a much more formidable barrier.

Taiwan might be able to defend itself against an invasion, but it needs an integrated defense system with its major allies to stop efforts at coercion. As an island, Taiwan would be vulnerable to Chinese Communist threats against seaborne traffic by establishing missile test zones or announcing submarine interdiction. Taiwan depends on seaborne traffic to keep its economy prosperous. With those threats, no company would insure ships traveling into such uncertainty.

The American, Japanese, and Australian navies could provide a countervailing threat against any Chinese Communist intimidation. Japan, in particular, is nearest to Taiwan and has an immediate interest in ensuring Taiwan is not intimidated.

The recent naval exercise which included the U.S., Great Britain, Japan, Canada, New Zealand, and the Netherlands was a good example of the countervailing pressure which could be brought to bear.

Finally, Taiwan could work with the United States Space Command to develop 100 percent situational awareness of any Chinese Communist action. Long, persistent unmanned vehicles can orbit for 40 hours with coverage from low earth satellites. New combat information centers can integrate and process huge volumes of data and transmit it by laser in virtually real-time. Taiwan could have deeply detailed knowledge of exactly what Communist China is doing.

This kind of joint Asia surveillance and analysis center could revolutionize our ability to understand Chinese Communist plans and preparations and pre-empt them to avoid rather than wage war.

As Secretary of the Navy Carlos Del Toro has said:

"The desired goal, quite frankly, is not to fight China. No one wants to enter into a conflict. … It’s our ultimate responsibility to deter them from what they’re trying to accomplish, including taking over Taiwan. So it’s incredibly important … that we make the investments now, this year, as necessary to actually be able to focus more so on China and many of the other threats that we sometimes face around the world."