In a recent Fox News op-ed, libertarian John Stossel called for legalizing marijuana. But 34 states have already legalized medical marijuana and 10 states already legalized recreational marijuana, with more on the way. The question in those states is no longer should they legalize, but how to do so safely. The answer is with strong, scientifically sound warning labels.

While researching my book “Insane Consequences: How the Mental Health Industry Fails the Mentally Ill,” I talked to hundreds of families of the mentally ill, health care workers, and police officers over multiple years. Many felt that the connection between marijuana use and mental illness was strong and being ignored. It turns out, they were right.

The risks to the mentally ill that they identified were confirmed in 2017 by the congressionally established National Academy of Sciences. After reviewing all the research it found an association between cannabis use and the development of schizophrenia or other psychoses.

DR. MARC SIEGEL: POT AND YOUR HEALTH – HERE’S WHAT A PHYSICIAN WANTS YOU TO KNOW ABOUT MARIJUANA

It also found using cannabis and cannabinoid products were associated with increased symptoms of mania and hypomania in individuals with bipolar disorders; increased risk for developing depressive disorders, and increased risk of suicide.

The Academy also confirmed previous findings of low birthweight in the offspring of pregnant mothers who used marijuana. The scientific evidence against unmitigated legalization as well as the influence of the marijuana lobby in achieving legalization is described in Alex Berenson’s new book, “Tell Your Children: The Truth about Marijuana, Mental Illness and Violence” which drew praise in both the left-wing Mother Jones and right-wing American Conservative.

The products being used today are much more powerful than those used by the hippies of the 1970s. They are, like alcohol, neurotoxic. They affect the brain. While there are organizations arguing for the maintenance of criminalization or total legalization, the non-profit Smart Approaches to Marijuana correctly argues that we do not have to choose between those two and that there is a middle ground.

When the government forced the tobacco industry to fund public awareness campaigns about the danger of cigarettes, cigarette consumption went down and lives were saved.

Likewise, drunk driving and deadly accidents were reduced when the alcohol industry-funded media campaigns pointing out the dangers of alcohol. 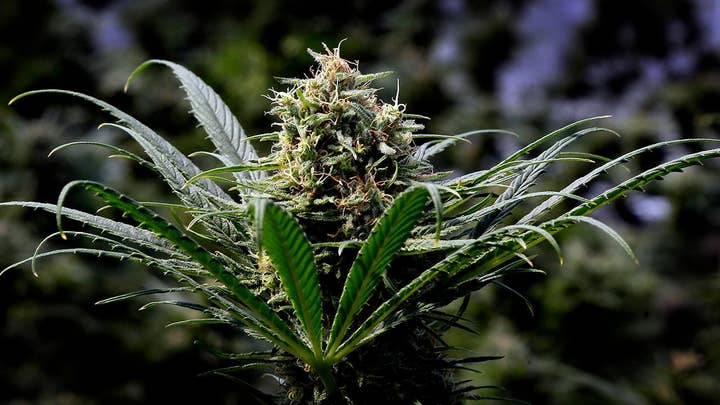 Warning labels could do the same for marijuana. The Food and Drug Administration (FDA), Drug Enforcement Agency (DEA), National Institute on Drug Abuse (NIDA), the Center for Mental Health Services (CMHS), National Institute of Mental Health (NIMH) and state legislators should make it impossible for the marijuana industry to sell their products without warning the public of their risks.

Anything else is reefer madness.