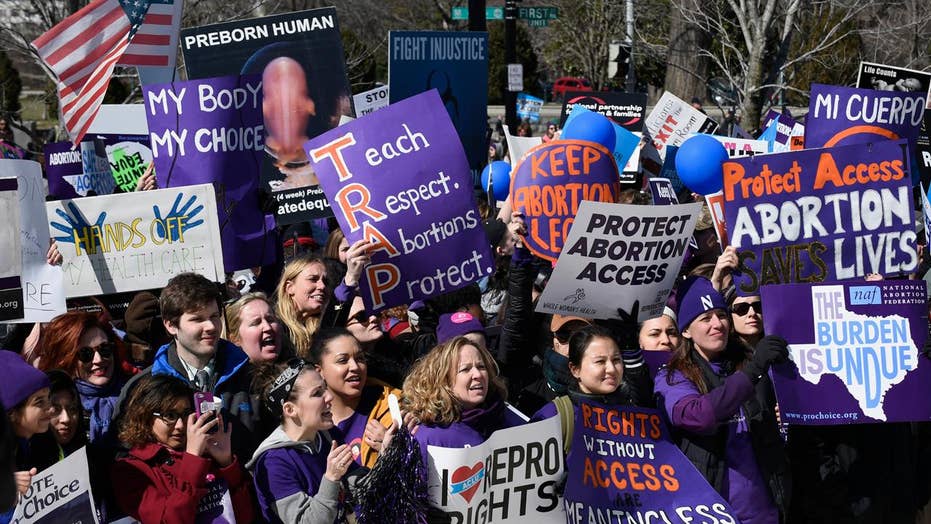 Protesters plan 'A Day Without A Woman'

Just when we thought gender identity politics was officially old school, the left, angry about the election, gives it another go.

Certainly the “Women’s March,” which excluded pro-life feminists from their ranks with the efficiency that would make mean-girl Regina George proud, garnered enough media attention to merit round two.

Therefore, on March 8, we get the next installment of their outrage in the form of a strike dubbed “A Day Without Women.”

One wonders what second-wave feminists make of this strategy. The women who shattered the glass ceiling by hard work and grit, making a way for all of us to compete, should be appalled.  In a rambling treatise of general aggrievement the organizers urge women to stay home to oppose policies that “perpetuate oppression.”

Not every woman has achieved her goals, but to be part of the solution one has to show up.

Oh, where to begin.

First with some truth. Even Hillary Clinton acknowledged that there has “never been a better time in history to be born female,” in her April 2015 speech to the Women in the World Summit. And she is right.

According to the Department of Education, women are more likely to graduate from college, graduate school, or become doctors than men. Census data shows that women in their twenties are outearning men in metropolitan America. Carrie Lukas, managing director of the Independent Women’s Forum, pointed to a 2010 study of single, childless workers in urban areas between the ages of 22 and 30 that showed women earned on average eight percent more than men. It is even estimated that in four years “one third” of American jobs will be generated by companies owned by women. (Roshania, 2011)

A study done by American Express OPEN found that as of 2013 in the U.S.:

Kay Hymowitz, in Foreign Policy, shows how well women are doing in the business world: We are as likely as American men to be company managers.

But the answer to the above numbers is complicated. Children change the wants and needs of women. Ivanka Trump has that right. But the mish mash of leftist organizers for “A Day Without Women” have gotten it backwards. Women don’t make it to the board room by pouting. We reach these illusive roles by being the best, and one becomes the best by first showing up.

Secondly, forty-seven percent of women identify as feminists.  Presidential Counselor Kellyanne Conway recently remarked that she is a post-feminist, saying, “I consider myself a postfeminist. I consider myself one of those women who is a product of her choices, not a victim of her circumstances.”

This is part of the reason why feminism has lost its appeal to especially younger women. Women no longer see ourselves as aggrieved. We fully expect to compete and win.

To target women who are employed and, by and large, are winning, they undermine their own credibility. The funders of these efforts no doubt want more action for the cameras, but real ideological feminists will most likely take the long view and resist the temptation to join the “resistance.”

Women are not a small special interest group. We are the majority of the population and diverse in our views and values.

Concerned Women for America is the nation’s largest women’s public policy organization, and we respectfully dissent from the left’s characterization of women.

In fact, we will be hitting social media on March 8 to urge women to not only go to work but to kill it at work.

Women are not only a vital part of the economy, we also profit from the free market.

Not every woman has achieved her goals, but to be part of the solution one has to show up.

Finally, join us on March 8 in declaring the truth that #WomenMakeAmericaWork.