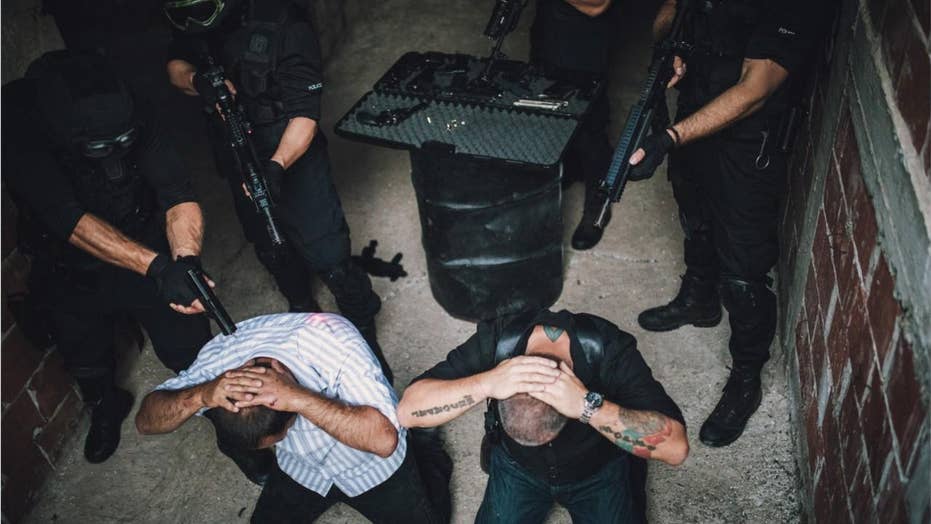 More than 100 are arrested in Ohio on charges linked to human trafficking and attempted unlawful sexual conduct with a minor. The arrests were made during a four-part simultaneous operation involving more than 30 law enforcement agencies. Over 40 women were also arrested for prostitution, with some being placed in a human trafficking rehabilitation program.

In 2020, many of us will resolve to live better lives — eat healthier, make more money, get organized and kick bad habits. And while these are all great resolutions to have, I was recently inspired by a traditional Franciscan blessing to make a few more unconventional resolutions for the new year:

I want to be uncomfortable, get angry more often, cry more and be foolish.

Now, most people may not think these are good things to aspire to. In fact, I’m sure many of us actively avoid being uncomfortable or crying and consider getting angry and being foolish as negative character traits. But these unconventional resolutions may just help us have the most meaningful and impactful year we’ve ever had.

JOSEPH D'SOUZA: RELIGIOUS FREEDOM IN 2020 — THREE KEY CHALLENGES AND HOW TO FIGHT BACK

Allow me to explain:

One of my favorite quotes comes from Princess Diana. She said, “You can’t comfort the afflicted without afflicting the comfortable.”

Diana, who lived a short yet remarkable life, was well known for her charity work, especially with AIDS patients. At a time when they faced much public rejection for their condition, Diana hugged them and held their hands. She became the first member of the British royal family to touch an AIDS patient, and in the process helped remove the stigma surrounding the condition.

Diana was willing to make herself uncomfortable to care for people who needed her help.

As a humanitarian who works in issues dominated by taboos, I have come to understand Diana’s words. I have found that talking about freeing girls from the sex trade makes people uncomfortable. Even in our post-MeToo world, it’s often deemed seedy and vulgar to talk about such things. But they are conversations that need to happen.

If we stay in our nice, safe little bubbles and put on blinders to the ugliness in our world, we’ll never be moved to help. We all need a little discomfort to move us to get things done.

Have you ever been in a situation so unjust that it fills you with rage? This happened to me a few weeks ago when I traveled to Thailand, where our organization, World Help, works to free girls trapped in the sex industry. I saw girls, identified only by a number, being sold for the night, and it made me angry, really angry.

When we’re faced with some of the greatest issues of our day, we could all stand to get a little more riled up.

While anger is often associated with negative emotions, I believe it can be a good thing. You see, anger doesn’t let us sit around in the face of injustice. It moves us to action.

That’s why I want more anger in 2020 because taking on issues like the sex trade is going to take righteous anger boiling up inside us. When we’re faced with some of the greatest issues of our day, we could all stand to get a little more riled up.

I also believe we could all stand to shed a few more tears.

Did you know research shows most people produce 15 to 30 gallons of tears each year? And we need those tears because they keep our eyes lubricated and help us see more clearly. The tears we shed out of grief can also help us see the world much better.

Tears prove that our hearts are still soft, open and able to be moved. They show our empathy and allow us to truly feel for another person.

Certainly, if we broke down and cried every time we saw a need, we’d all be basket cases. However, shedding a few tears now and then can be a sign of strength, demonstrating that you care enough to do something.

The Franciscan blessing I mentioned earlier ends with this line: “May God bless us with enough foolishness to believe that we can make a difference in this world so that we can do what others claim cannot be done.”

This is the kind of foolish I’m talking about. I don’t mean being unwise and living dangerously. I mean dreaming big, taking risks on someone else’s behalf and trying to achieve the impossible.

By the world’s standards, much of what I do is foolish or lacks good common sense. I leave my family and travel to potentially dangerous parts of the world, engage with people many consider “untouchable” and focus on issues that seem too big to solve.

But I’d rather make a mistake in the name of love and kindness than be “smart” by the world’s standards and let fear evaporate all compassion from my heart.

So this next year I encourage you to live a little differently than the last one by embracing these unconventional resolutions. They may be what we need to change the world.

Noel Yeatts is the president of World Help, a Christian humanitarian organization. She’s an author, speaker and advocate for social justice and humanitarian needs around the world. Follow her @NoelYeatts.