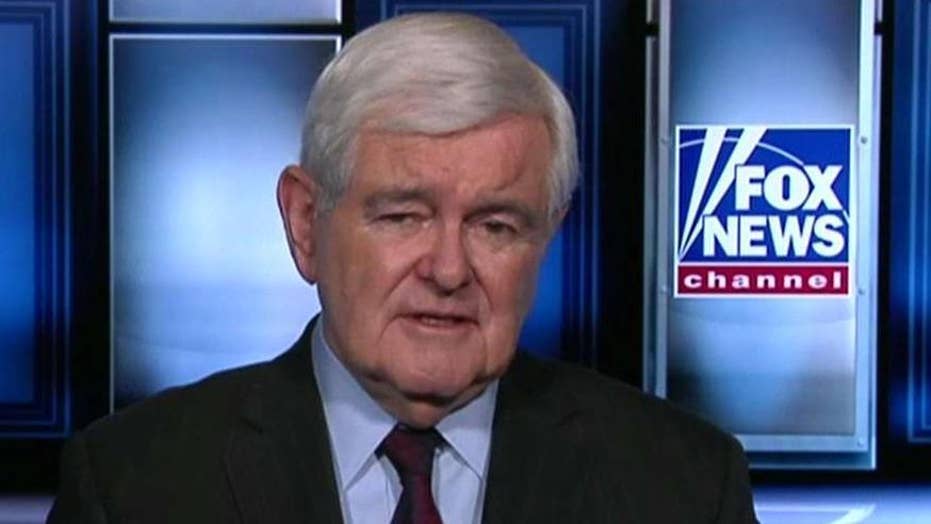 Forced into impeachment by the hard-core left, House Speaker Nancy Pelosi will be faced with an angry base when Democrats lose the Senate trial, says Fox News contributor Newt Gingrich.

Don’t let the headline of this piece fool you. There are far more than five things that we need to watch closely in 2020. It’s probably closer to 40 important things we need to watch and plan for – and a great many of those would be impossible to predict now.

However, there are a few pieces of news or upcoming events which will doubtlessly have a serious impact on the world. These are what I decided to focus on for this week’s episode of "Newt’s World."

But, first, there is one caveat: The truth is, no one knows what 2020 is actually going to be like – and we won’t until we are living it.

In 2015, no one knew Donald Trump would be the Republican nominee. In 2016, virtually all the supposed experts in the mainstream media were certain Hillary Clinton would be president. And in 2017, all the elites believed President Trump’s policies would destroy our economy and security.

Yet, now, we are living with an incredible economy, record-low unemployment, raising wages, and a much stronger military. I point this out to caution everyone against trying to predict the future, and to reiterate that I’m not going to try.

With all this in mind, I did want to point out five topics that we can start with to get a good understanding as we enter 2020.

Clearly, the top of the list is the 2020 presidential election and the totality of the Trump campaign. It shouldn’t be a surprise to anyone that this is on the list, so I’ll let you listen more to my thoughts on this on the episode.

Second, I talk about the rise of Prime Minister Boris Johnson in the United Kingdom and the impact of Brexit – and how the U.S.-British and U.S.-European relationships might be affected in 2020. No one could have predicted Johnson's rise, and so now America is facing a new, dynamic opportunity.

Third, I discuss North Korea. This is a big wild card. As always, if Kim Jong Un decides to go off the deep end, then North Korea could become an explosive problem. In a matter of 20 minutes, it could be the center of the world in terms of danger and threat.

Fourth, I wanted to talk about China writ large – but specifically focus on the political conflict in Hong Kong and the race to master the 5G global marketplace. These are two real breakpoints in the current U.S.-China relationship – which is one of the greatest challenges we face.

Finally, I close the episode talking about the drug crisis in America and the Mexican cartels who are, in part, driving it. I think we are really underestimating how big a problem this is and how hard it's going to be to solve. We cannot simply blame bad Mexican drug dealers.

The truth is, if there weren't a lot of Americans buying all these drugs, you wouldn't have cartels. They wouldn't have any money.

Consider these thought-starters. 2020 is going to present even more pressing challenges and opportunities for America that we don’t yet know exist.

I hope you will listen to this week’s episode of "Newt’s World," so we can all begin 2020 prepared and ready to make sure it is a good year for America.