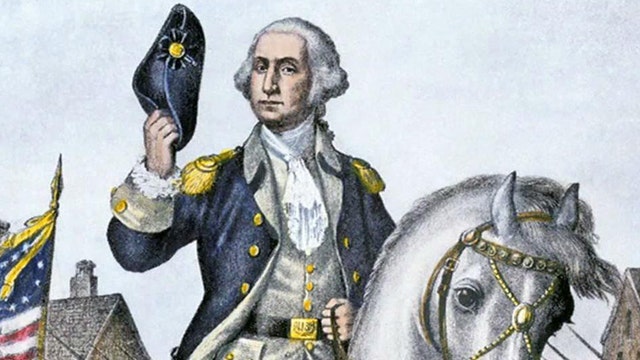 Inside a Revolutionary War spy ring

As I gather with family and friends for the holiday, I like to think about the most important Christmas moments that we have shared together.

This year, as I was thinking about it, I also thought about the most important Christmas moments in American history. My mind immediately went to the first – George Washington’s victory at the Battle of Trenton on Dec. 26, 1776.

Indeed, this risky assault actually amounts to America’s first Christmas miracle, which I explain in this week’s episode of "Newt’s World."

In December 1776, Washington and the Continental Army were not in good shape. They were badly in need of a victory, having had a run of devastating defeats with no significant successes. Not only that, Trenton was being defended by Hessian mercenaries, who were highly trained and well-equipped.

The odds in a straight-up fight were not good. So, Washington had to do something unexpected – attack the day after Christmas.

However, on Christmas Day, the weather was horrible. Washington’s roughly 2,400 soldiers – many of whom did not have shoes – had to march through wet snow, sleet, and driving rain to the Delaware River, where they then crossed in the dead of night. Once they started crossing the river, the weather was made worse by a Nor’easter that had hit the East Coast. Journals from Washington’s men described the storm as “a perfect hurricane.”

Further, once they were over the river, they knew they had to march for several more hours before they engaged in a battle. The weather and slow crossing had put them three hours behind schedule, and some officers were debating just calling off the attack. Soldiers reported their muskets weren’t operable in the weather, the temperature was in the high 20s, the rain kept coming. It was a disaster.

Still, Washington was determined. He told the men to use their bayonets if their rifles wouldn’t fire, and they continued the march. Calling off the attack was not an option for him.

For all these reasons, the Battle of Trenton should have been a complete failure, and likely the beginning of the end of America’s independence.

Yet, miraculously, it was the exact opposite. The attack on Trenton lasted only an hour. Of the approximately 1,350 Hessians defending the city, 900 surrendered after Washington’s swiftly executed surprise attack. Not only did the Continental Army suffer few casualties – soldiers picked up a good deal of munitions and equipment that once belonged to the Hessians.

It was genuinely a miracle for the Americans, and it shaped our country and our world for centuries to come.

I hope you will listen to this week’s episode of "Newt’s World" and hear more about America’s Christmas Miracle.