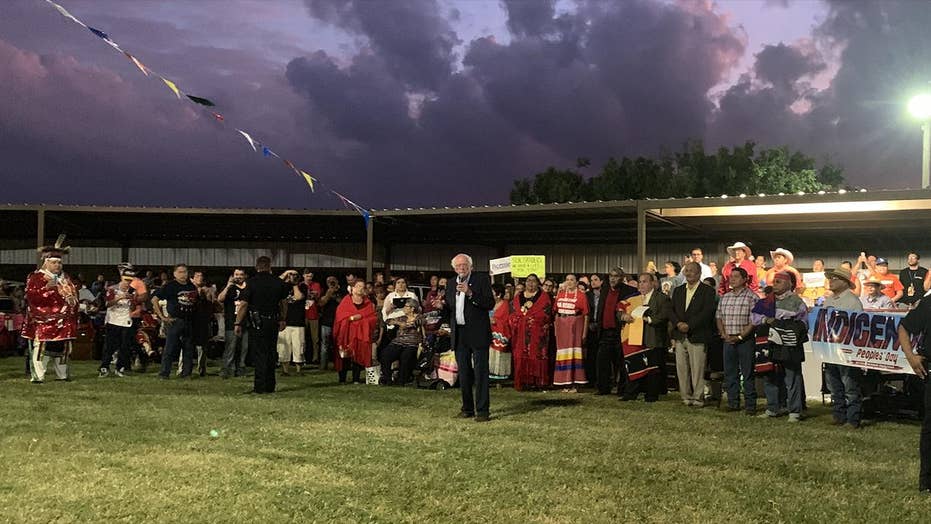 Experts say the Native American population is growing and becoming more politically active, which will make them a significant voting bloc in 2020.

As we come together with friends and family on Thanksgiving, we should all recognize that many in America – including those indigenous peoples with whom the Pilgrims shared the first Thanksgiving – have little to celebrate.

In addition to widespread poverty, insufficient health care and a host of other challenges, Native American communities in our country face persistent, egregious violence. In fact, Attorney General William Barr this week has done the country a badly needed service by pointing out that there is a virtual war against Native American women.

Before you think “war” is too strong a term, consider these facts.

According to The Associated Press, the Urban Indian Health Institute reported 5,712 indigenous women were murdered or went missing in 2016 alone. Of that staggering number, only 116 were listed in a U.S. Department of Justice database tracking such statistics.

Further, the National Institute of Justice estimated that 1.5 million Native American women have experienced violence in their lives – and more than half experienced sexual violence.

No American can be comfortable with a level of violence that affects more than 1 million women. It should be completely unacceptable that of the 5,712 cases of missing and murdered Native American girls, only 2 percent – one out of every 50 cases – makes it to the Justice Department database.

According to Rep. Tom Cole, R-Okla., who is himself a tribal member, 2016 National Institute of Justice reports reveal even more grim figures – estimating that more than four out of five Native American women have experienced violence, with more than half experiencing sexual violence.

As Cole put it: “Native women are more than one-and-a-half times more likely than White women to have experienced violence in the past year. Even more chilling, Native women face murder rates more than 10 times the national average in some parts of the country.”

Cole went on to point out that 96 percent of those who had been sexually assaulted were attacked by non-Native Americans.

Cole and others are taking steps to protect Native American girls and women.

“I was proud to join with several of my House colleagues to introduce the Bridging Agency Data Gaps and Ensuring Safety (BADGES) for Native Communities Act. This bipartisan legislation addresses inefficiencies in federal criminal databases and increases tribal access to those databases.

“In response to the crisis of missing and murdered indigenous women, the BADGES Act also rightly seeks to improve public data on those cases while promoting more efficient recruitment and retention of Bureau of Indian Affairs (BIA) law enforcement. Moreover, the legislation would provide tribes with resources to improve public safety coordination between their governments, states and federal agencies.”

Take a minute this holiday season while celebrating with family and friends and let your representative and your senators know that you want action taken to protect these vulnerable girls and women.