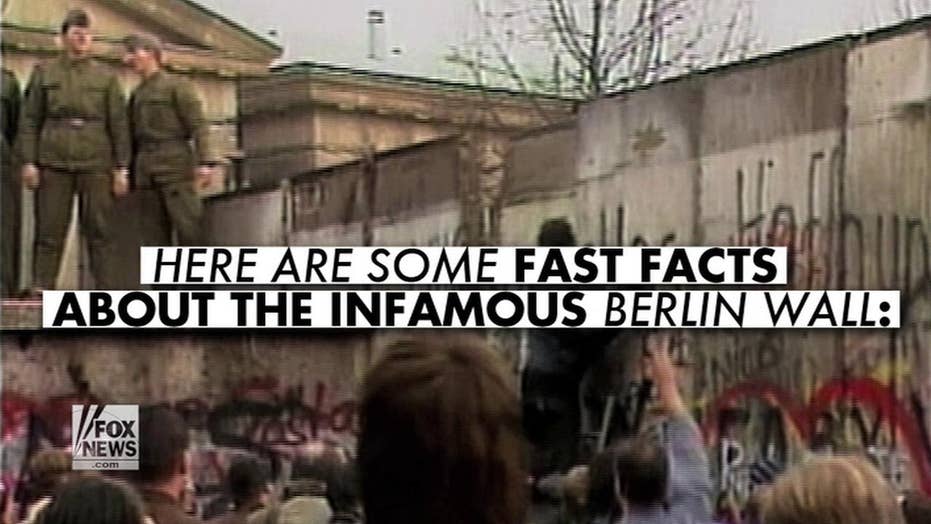 Ronald Reagan made his iconic “tear down this wall” speech 30 years ago. Here are some interesting facts about the infamous Berlin Wall

The Berlin Wall divided East and West Germany and was a visible reminder of the Cold War from 1961 until almost exactly 30 years ago – Nov. 9, 1989 – when the East German government announced its citizens could visit West Germany and West Berlin.

That night, ecstatic crowds swarmed the wall. Some crossed freely into West Berlin, while others brought hammers and picks and began to chip away at the wall itself. People around the world celebrated in relief at this profound milestone that signaled an end to the Cold War.

The reunification of Germany and the dissolution of the Soviet Union was an important part of our world’s history, which is why I’m focusing on this critical moment for this week’s episode of "Newt’s World."

Thirty years later, it is easy to forget that the peaceful end of the Cold War was by no means guaranteed. There are many stories of moments when we were on the verge of a cataclysmic war with the Soviets. Had it not been for the vision of President Ronald Reagan, the Cold War might have ended much worse.

Reagan was a staunch anti-communist and he formed a partnership with two other leaders who shared his beliefs: British Prime Minister Margaret Thatcher and Pope John Paul II. Together, the three leaders all played key roles in the fall of communism.

One of the keys that laid the groundwork for ending the Cold War happened on June 12, 1987 – two years before the Berlin Wall came down – when President Reagan made a speech at the Brandenburg Gate in which he demanded: “Mr. Gorbachev, tear down this wall!” Even as he was riding in the car to give the speech, members of his own Cabinet were urging him not to make the demand of Soviet leader Mikhail Gorbachev, but Reagan insisted.

This week on “Newt’s World,” I spoke with the speechwriter who wrote that famous speech: Peter M. Robinson. Peter is a Murdoch Distinguished Policy Fellow at the Hoover Institution and former special assistant and speechwriter for President Reagan. His insight and knowledge into this treacherous time is amazing.

I hope you will listen to this week’s episode and join me in commemorating this tremendously important part of our history – and learning the story behind it.