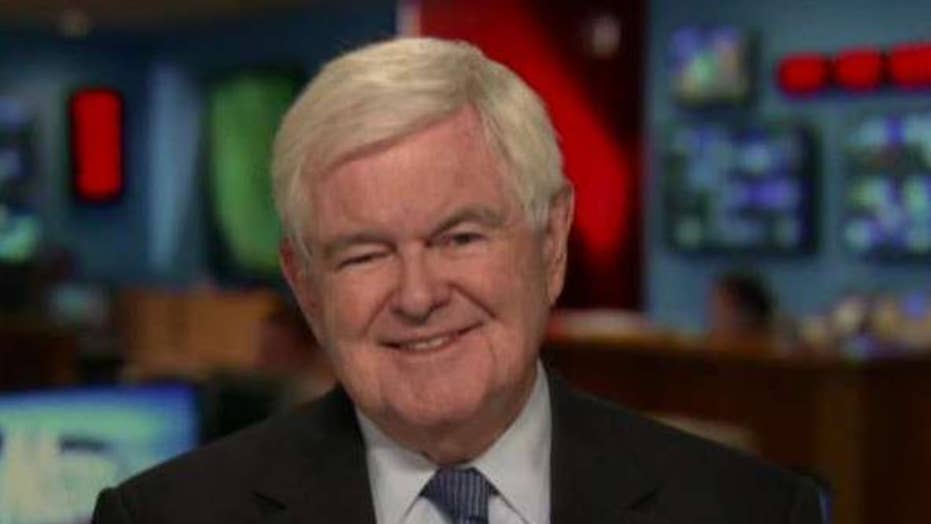 The Halloween vote for impeachment was an enormous strategic defeat for Speaker Nancy Pelosi.

She admitted seven months ago, in a March 6 interview with The Washington Post, that a purely partisan impeachment vote was wrong and dangerous. She was right. Here are her own words:

“I’m not for impeachment. This is news. I haven’t said this to any press person before. But since you asked, and I’ve been thinking about this, impeachment is so divisive to the country that unless there’s something so compelling and overwhelming and bipartisan, I don’t think we should go down that path because it divides the country. And he’s just not worth it.”

ARNON MISHKIN: IMPRESSIVE TRUMP AD SHOWS HOW HE WILL FIGHT IMPEACHMENT AND OTHER ATTACKS

Measured by that standard, the Thursday vote was a terrible failure. The House voted in an entirely partisan manner except for two Democrats who split to vote no with the Republicans.

Months of leaks, secret investigations, news media hysteria, and a parade of witnesses failed to move a single Republican to vote yes.

The so-called whistleblower has decayed into a potential liability so much the Democrats are now talking about never bringing him to testify.

Senate Republicans have been so turned off by the House Democrats that Senator Ben Sasse of Nebraska, one of President Trump’s more outspoken Republican members, has called their effort “a partisan clown show.”

Months of leaks, secret investigations, news media hysteria, and a parade of witnesses failed to move a single Republican to vote yes.

The contrast with the last impeachment vote is striking. In 1998, 31 Democrats voted with the Republicans to create a bipartisan 257-176 majority for moving forward with impeachment.

By contrast not only did no Republicans vote for the Pelosi impeachment, but she also lost two Democrats despite enormous pressure within the caucus.

The American people understand the difference between a fair and an unfair process. As Ron Faucheux reported in the October 32 Lunchtime Politics, there is an Economist/YouGov poll (October 27-29) which reported that 49 percent of Americans thought the Clinton impeachment proceedings were fair. Only 25 percent thought they were unfair and 27 percent weren’t sure.

In answer to the question: “Do you think trying to impeach Bill Clinton and remove him from ofﬁce back in the 1990s was a type of coup?” 55 percent of respondents said no (18 percent said yes, and 27 percent were not sure).

Because Speaker Pelosi has allowed her left-wing to drive her into an entirely partisan, secret, and one-sided witch hunt, there is an overwhelming belief among Republicans and many independents that this effort is a coup d’etat, which is a sore losers’ effort rather than an impeachment based on the merits.

When I was Speaker, we followed the bipartisan impeachment rules pioneered by Democratic Judiciary Committee Chairman Peter Rodino in 1973 (see Catching Our Flag by former Congressman Jim Rogan for a detailed day-by-day outline of Rodino’s impact on our efforts in 1998).

The result was that – by 2:1 – the American people thought Republicans were fair in 1998.

Furthermore, because the Clinton impeachment was initiated by Independent Counsel Ken Starr’s report that President Clinton had committed 11 potential offenses – including perjury (which is a felony) – the American people concluded the impeachment was not primarily partisan. By 3:1 people believed the 1998 effort was not an attempted coup.

By contrast, because Speaker Pelosi has allowed her left-wing to drive her into an entirely partisan, secret, and one-sided witch hunt, there is an overwhelming belief among Republicans and many independents that this effort is a coup d’etat, which is a sore losers’ effort rather than an impeachment based on the merits.

Speaker Pelosi had seven months with total control of the investigative machinery. During that time, her team should have produced adequate information to convince the vast majority of Americans that impeachment was necessary or they should have confronted their own failure and quietly dropped the impeachment effort.

The Speaker Pelosi of March was strategically correct in her assessment that impeachment is inherently a crisis of government since one branch is seeking to overturn the votes of the American people.

Measured against her own standard, the vote on Halloween was a terrible defeat which is likely to haunt the House Democrats through the 2020 election.

That vote will cost a lot of Democrats their seats next year. When combined with the radicalism of the national Democratic candidates for president, and the continued economic growth under President Trump’s policies, it is likely that Thursday’s vote guaranteed this would be a one-term Democratic majority, and we will be hearing from Speaker Kevin McCarthy in 2021.

To read, hear, and watch more of Newt’s commentary, go to Gingrich360.com.