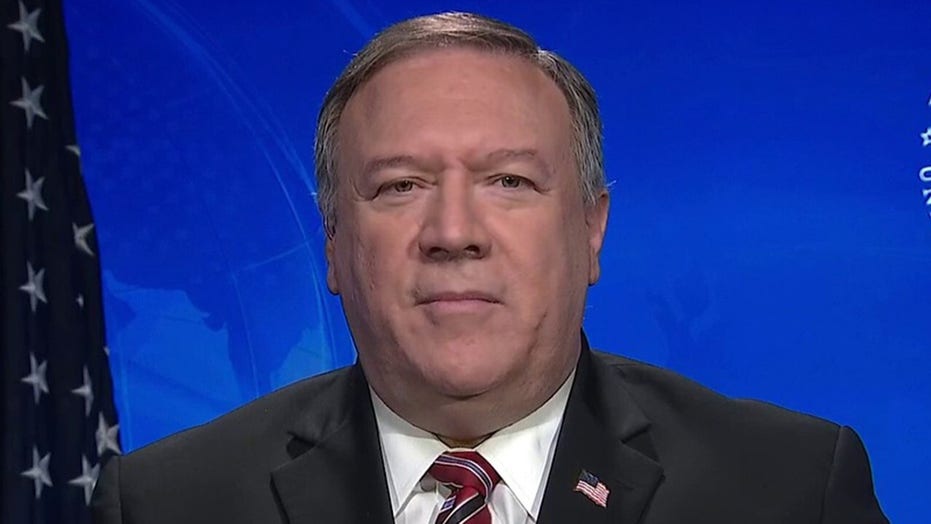 Secretary of State Mike Pompeo discusses how the U.S. and other countries can join together to hold the China’s Communist Party accountable for the coronavirus crisis.

The Chinese Communist dictatorship has launched a worldwide campaign to hide its role in the spread of the coronavirus and smother any American effort to reveal the truth.

Americans, including some in the American government, continue to underestimate the scale, intensity, and aggressiveness of the Chinese dictatorship’s approach to propaganda.

Americans and our allies seem to forget that the heart of the rise of the Chinese Communist Party was a deep dedication to effective education and propaganda. They have had nearly a century of experience at waging intellectual and psychological warfare as the necessary foundation of winning and keeping power.

As a result of its historic roots, the Chinese Communist dictatorship invests far more money, talent and energy into defining and winning propaganda campaigns. It knows that if it can define the truth, it can determine the outcome even against stronger opponents. It also knows that defining the terms of the debate often determines who will win the debate.

As Secretary of State Mike Pompeo said on "Fox & Friends" this week:

"This is classic communist disinformation. This is what communists do. The Chinese people were harmed by this, too. The Chinese Communist Party – we know there were journalists kicked out and doctors who tried to tell this story and instead they were pushed aside, covered up, taken out of the news. Those are the kind of things that communist institutions do. We all know them from the Soviet days. We know things that communist parties do to try to manage information aside from their own country and around the world."

Even in the middle of the pandemic, the Chinese Communist dictatorship continues to push its version of reality in the South China Sea. When an American warship enters those international waters, Beijing announces a protest on the grounds that we are entering Chinese territory. Their goal is to establish by repetition the concept that the South China Sea is China’s territory. As Claire Christensen and I wrote in "Trump vs. China," the Chinese Communist dictatorship wants to be able to control the South China Sea’s strategically valuable territory and resources. This has been a methodical plan steadily implemented for more than 80 years (going back to the pre-communist Kuomintang government). The pandemic has not slowed it down one bit.

Similarly, when the European Union was on the verge of issuing a report clearly condemning China for running “a global disinformation campaign to deflect blame for the outbreak of the pandemic and improve its international image” – which has cost the world hundreds of thousands of lives and trillions of dollars – the dictatorship exerted enormous economic pressure and made direct threats to convince the Europeans to edit their document to portray China in a more positive light.

Communist Chinese propaganda has been picked up and repeated by the anti-Trump American news media. The economic power of Beijing has led American billionaires to either be quiet or to actually defend the dictatorship. Remember former New York City Mayor Michael Bloomberg’s assertion that General Secretary Xi Jinping isn’t really a dictator because he has to please the Chinese people to stay in power?

Explain that to the dissidents in Hong Kong, who were recently arrested as the dictatorship took advantage of the pandemic to tighten its grip on pro-democracy movements.

There has been a worldwide campaign by the Chinese Communist dictatorship to blame the United States for the spread of the virus, including one assertion by a foreign ministry spokesman that the virus may have been brought to China by an American military delegation during the Military World Games in October. The brazenness of the lies gives them a life of their own and erodes the American position.

There has also been a major Chinese propaganda effort to take credit for helping countries with medical supplies, doctors and other medical personnel while promoting their “Health Silk Road” agenda (part of the larger Belt and Road Initiative).

The United States has never invested in this scale of communications effort. It is one of the defining characteristics of the Chinese Communist system.

We do not have the worldwide reporting that would let us know what they are doing in every country.

We do not have a worldwide communications effort to counter and overmatch the Chinese Communist dictatorship’s lies.

Today, the American government’s bureaucracies are literally incapable of getting approval for messages inside the cycle of China’s lies. The result is a one-sided propaganda war.

For the sake of American survival, we must do better.