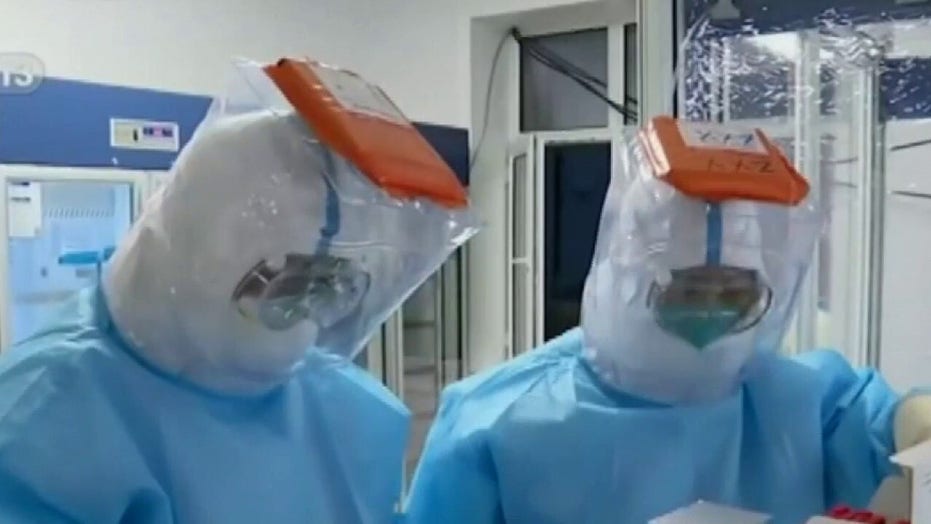 In February the Daily Kos, an influential left-wing website, denounced "a whole parade of right-wing hand-waving that includes not just Republican [Sen.] Tom Cotton claiming that COVID-19 was cooked up in a Chinese bio lab."

Likewise, The Guardian reported that Dr. Peter Daszak, the president of EcoHealth Alliance in the United States, an organization that researches emerging diseases, said:  "Conspiracy theories circulating on social media claim the coronavirus was artificially manufactured in a lab conducting bioweapons research. They are 'crackpot theories that need to be addressed, but in the age of social media it is just impossible.'"

The Chinese government claimed that the COVID-19 originated at a Wuhan food marketplace where live animals are sold. But Cotton, R-Ark., thought otherwise.

Cotton said: "We don't know where it originated, but we do know that we have to get to the bottom of that. We also know that just a few miles away from that food market is China's only biosafety level-four super laboratory that researches human infectious diseases. Now, we don't have evidence that this disease originated there, but because of China's duplicity and dishonesty from the beginning, we need to at least ask the question to see what the evidence says."

Rutgers University chemical biology professor Richard Ebright dismisses the idea that the virus was a product of a laboratory.

Ebright said: "There's absolutely nothing in the genome sequence of this virus that indicates the virus was engineered." But Ebright, according to the Asia Times, also said he "could not rule out the possibility that the unfolding pandemic could be the result of a 'lab incident.'"

Bear in mind, Cotton did not claim the virus was manufactured in a Wuhan lab, let alone that the virus is a product of biological warfare. He speculated that the virus might have accidentally escaped from the lab.

The virus-might-have-escaped theory suddenly became less crackpot when The Washington Post recently published an opinion piece called "State Department Cables Warned of Safety Issues at Wuhan Lab Studying Bat Coronaviruses." American experts who visited two virology labs in Wuhan in 2018 were shocked at the lack of security and appropriate protocols to prevent a virus from escaping.

The Post's piece said: "What the U.S. officials learned during their visits concerned them so much that they dispatched two diplomatic cables categorized as Sensitive But Unclassified back to Washington.

The cables warned about safety and management weaknesses at the WIV (Wuhan Institute of Virology) lab and proposed more attention and help. The first cable ... also warns that the lab's work on bat coronaviruses and their potential human transmission represented a risk of a new SARS-like pandemic."

As to China's official story that the virus started at a so-called wet market that sold bats, The Washington Post wrote: "As many have pointed out, there is no evidence that the virus now plaguing the world was engineered; scientists largely agree it came from animals. But that is not the same as saying it didn't come from the lab, which spent years testing bat coronaviruses in animals, said Xiao Qiang, a research scientist at the School of Information at the University of California at Berkeley. ... "The Chinese government's original story -- that the virus emerged from a seafood market in Wuhan -- is shaky. Research by Chinese experts published in the (British medical journal) Lancet in January showed the first known patient, identified on Dec. 1, had no connection to the market, nor did more than one-third of the cases in the first large cluster. Also, the market didn't sell bats."

We do know that the disease does not discriminate against Republicans or Democrats. Nor does the disease care whether theories about its origin came from the right-wing "crackpots" or left-wing Trump haters. This is a political year.

And President Trump and his supporters are so despised by Democrats and their media enablers that many reflexively wrote off conservative skepticism about the official Chinese government story on the origin of the coronavirus. But suddenly, the skepticism is no longer "crackpot."