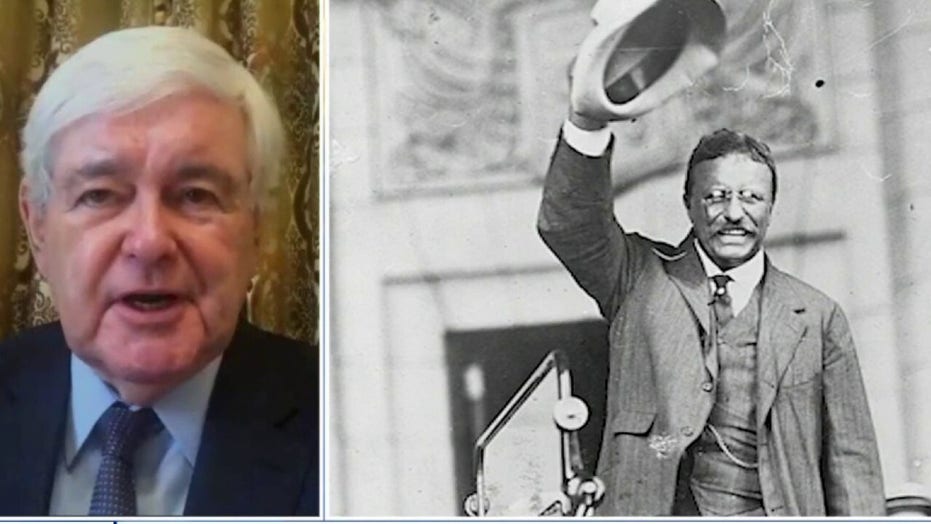 Newt Gingrich: Why Trump should channel Roosevelt amid COVID-19 crisis

ZooMontana in Billings, Mont., is scheduled to reopen to members May 4 and to the general public May 11, allowing in up to 500 visitors a day, which is 10 percent of its capacity.

This small event by a small zoo (the only one in Montana) is symbolic of America beginning a great experiment in managing the coronavirus pandemic while reopening society.

Since most of the zoo is outdoors, visitors can socially distance themselves and minimize the threat of spreading the virus.

This decision for Billings, which has a population of 109,000, will not work everywhere.

A similar hypothetical decision to reopen the Central Park Zoo in the middle of Manhattan would be disastrous. The Manhattan population is more than 1.6 million, while New York City’s is around 8.4 million. What works in one place may not work in another.

Clearly, a policy that makes sense for Montana would be a nightmare in New York City.

However, the initial one-size-fits-all approach to shutting down America was as inappropriate for Montana as reopening would be for New York City. America is a huge country, and there are many different characteristics depending on where you are and what you are doing.

Montana’s ability to make a local decision based on local circumstances is a tribute to President Trump’s move to decentralize the reopening process to the states and their governors.

Christopher DeMuth made a good point in a brilliant article for The Wall Street Journal headlined "Trump Rewrites the Book on Emergencies:"

“Wash­ing­ton’s re­sponse to the Covid-19 pan­demic is up­end­ing one of the most durable pat­terns of Amer­i­can pol­i­tics," DeMuth wrote. "Through­out his­tory, na­tional emer­gen­cies have led to a more pow­er­ful and cen­tral­ized fed­eral gov­ern­ment and to the trans­fer of fed­eral power from Con­gress to the ex­ec­u­tive branch. This time, the fed­eral re­sponse rests largely on state and lo­cal gov­ern­ment and pri­vate en­ter­prise, with a wave of dereg­u­la­tion clear­ing the way. The Trump ad­min­is­tra­tion has seized no new pow­ers, and Con­gress has stayed en­er­get­i­cally in the game.”

The contrast between the successful states and the locked-down states will bring enormous pressure on governors who are slower to reopen their communities.

Ideally, a clearinghouse will be developed for best practices at the state and local levels. This same clearinghouse can also keep track of worst practices, which may be even more important to our awareness.

Even though there is real risk involved in beginning to reopen America, we have no choice. We cannot be frozen for months by the threat of the virus. Our society and economy will collapse, our people will grow ungovernable, and our capacity to work and innovate will be shattered.

Furthermore, if the experts are right about a potential second wave of the virus in the fall, it is vital that we learn to manage it through containment rather than risk a second round of closing everything.

Dr. Anthony Fauci, director of the National Institute of Allergy and Infectious Diseases, made the threat clear recently when he this week: "We will have coronavirus in the fall. I am convinced of that because of the degree [of] transmissibility that it has, the global nature. What happens with that will depend on how we are able to contain it when it occurs."

By this fall, we must have new therapies, tests, and abilities to contain the virus and track infected people without halting society again.

As we look around the country, we begin to see glimmers of hope. The president has announced U.S. National Parks will be reopened. Different states are starting to move toward reopening. Alabama, Georgia, Montana, and Oklahoma are among those that have outlined plans to reopen restaurants in the next few days.

Inch by inch, we will learn how to rebuild society while reducing the threat of the pandemic. President Trump’s decision to place the governors in charge of reopening will prove to be one of the most important decisions of his presidency.